Cardano Price Analysis: ADA Recovers, But Can It Move Past $1.50 Again?

The Cardano price started the previous week on a slightly bearish note, registering a marginal drop on Monday. The price recovered on Tuesday, as it pushed up by 3.47% and settled at $1.28. Wednesday saw ADA continue to push upwards, as it rose by 3.67% and settled at $1.32, before registering an increase of nearly 11% on Thursday and surging to $1.47. Despite the prevailing bullish sentiment, ADA fell back in the red on Friday, dropping by over 5% and settling at $1.39. 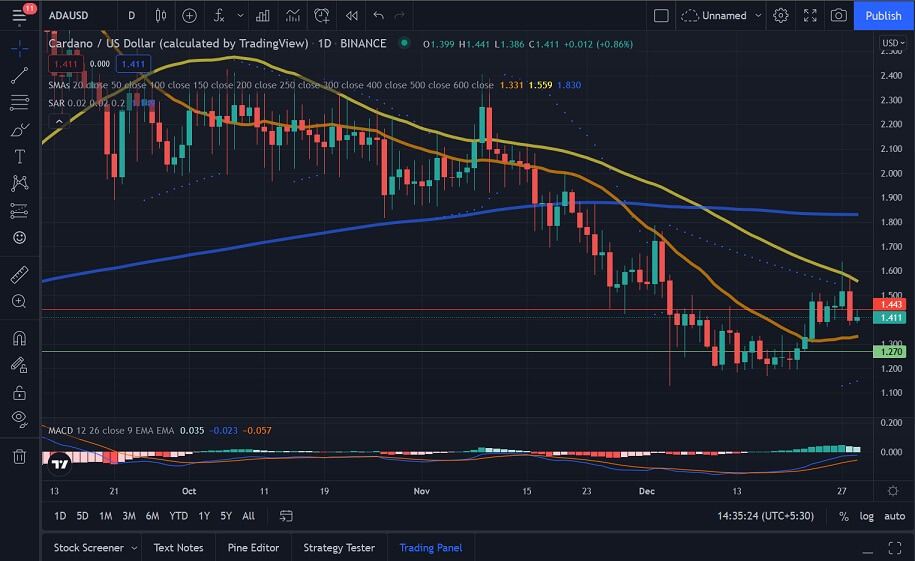 After dropping to $1.39 on Friday, the Cardano price recovered over the weekend, rising by over 4% on Saturday and settling at $1.45. ADA remained in the green on Sunday, managing a marginal increase before rising to $1.51 on Monday, an increase of 4.05%. However, ADA fell drastically on Tuesday, dropping by over 7% and settling at $1.39, before recovering during the ongoing session.

We can see that the Parabolic SAR has just flipped to bullish, indicating that the price could move higher. 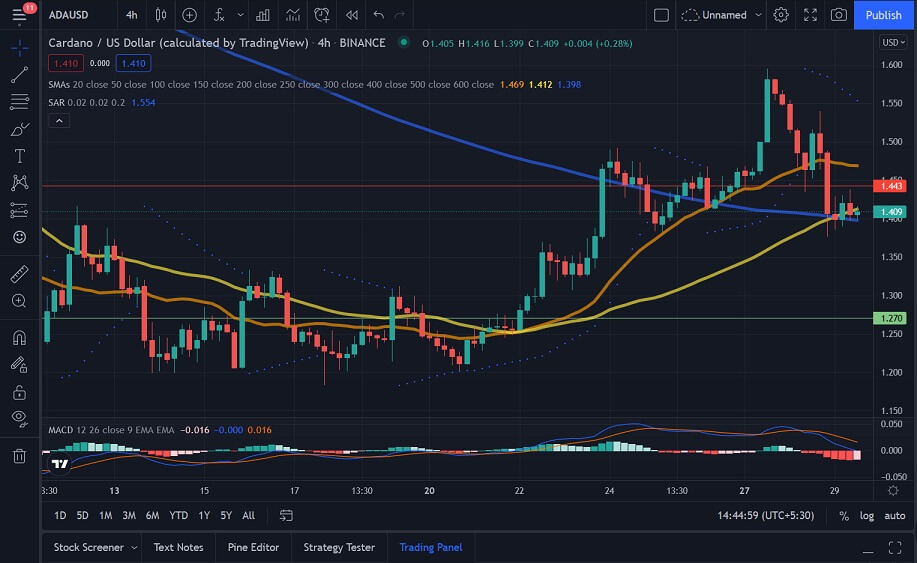 SundaeSwap, a Cardano-based decentralized exchange, has announced that it has conducted a security audit in partnership with Runtime Verification (RV).

The audit has helped to identify several critical issues in the protocol. Its detailed overview will be presented in a separate report that will become available soon.

"RV's thorough process identified a number of issues that we were able to quickly resolve. The result is a DEX that is able to safely meet the needs of the Cardano DeFi Community."

The project will continue working with RV on future updates now that the audit has been completed. The cooperation is "critical" to the exchange's long-term success, according to Lanningham.

SundaeSwap is one of the most prominent projects within the budding DeFi ecosystem on the Cardano blockchain, which is expected to become the blockchain's first functional DEX.

Per previous reports, the Cardano-based DEX launched its testnet in early December. It is now in the process of fixing various inefficiencies ahead of its mainnet debut. In related news, Flickto, a first-ever media launchpad on Cardano, is going to increase its IDO goal due to an unforeseen spike of interest from retail investors.

The Cardano price shows us that ADA had registered a sharp drop on Tuesday before pushing back during the current session. ADA will look to test the resistance at $1.43 if the price continues to push higher.