The Cardano price fell back during the ongoing session, as sellers drove the price down by over 3%. ADA had started the week on a bearish note, registering a fall of over 9% on Monday, falling to $1.22. Tuesday saw the price recover, as ADA rose by 3.59% and settled at $1.26. ADA continued to push higher on Wednesday, as it rose to $1.31, registering an increase of 3.47%, before dropping back during the ongoing session. 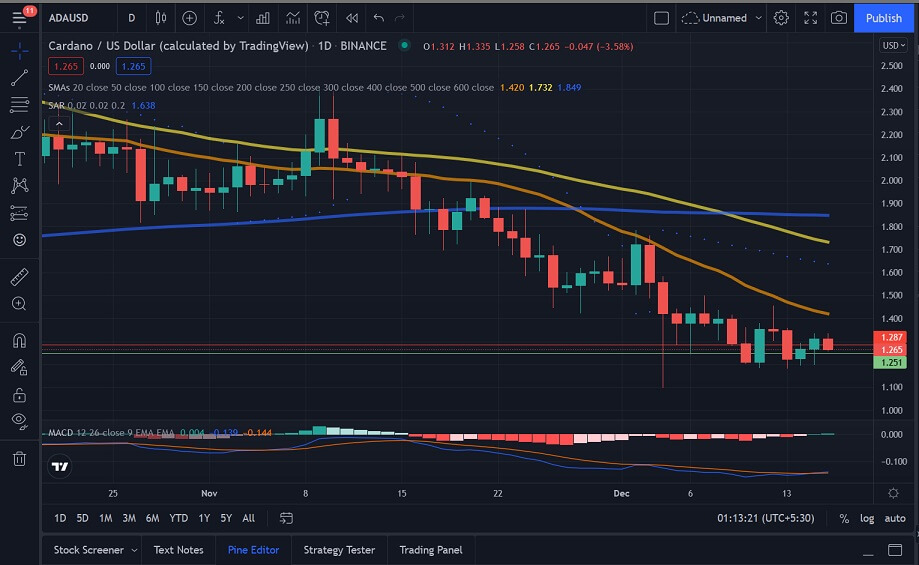 We can see that the MACD has flipped to bearish, but if the price continues to drop, we could see it flip back to bearish.

We can see that the Parabolic SAR and MACD are bullish, but if the price continues to drop, we could see them flip back to bearish. 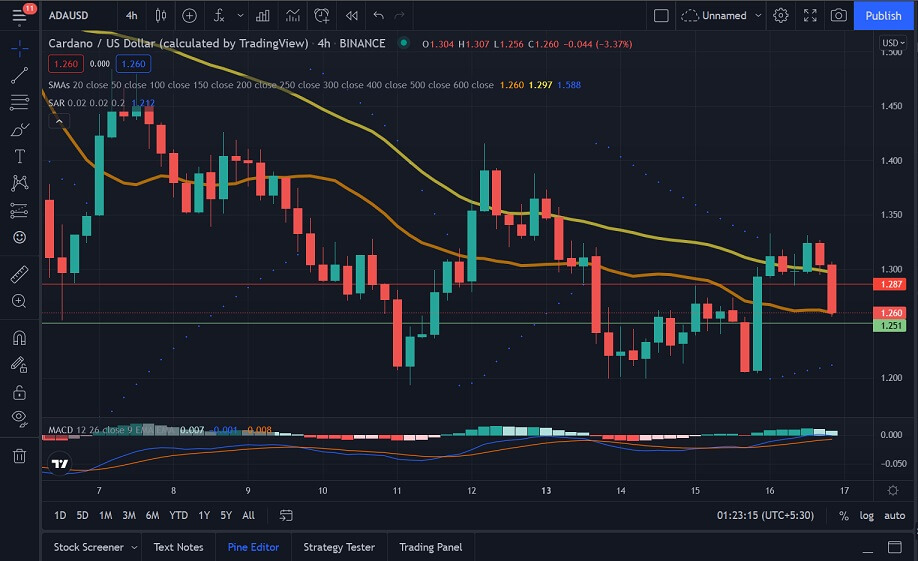 Looking at the Cardano price chart, we see that ADA has fallen drastically during the ongoing session. If the current sentiment persists, we could see ADA drop to its support level of $1.25.