Cardano Price Analysis: ADA Up To $1.26 After Positive Start To Current Session

The Cardano price is looking to put its bearish start to the week behind it, with ADA up by over 2% during the current session. ADA was quite bearish over the previous week but had recovered over the weekend, rising by almost 2% on Saturday and settling at $1.24. The price managed to remain in the green on Sunday after a hugely volatile session but fell back on Monday, dropping by 0.48%. However, the current session has seen a strong recovery, with buyers in control.

The Cardano price started the previous weekend extremely bullishly, rising by over 11% on Saturday. Despite the bullish sentiment, the price fell back on Sunday, registering a marginal drop. Monday saw a bigger drop as ADA dropped by over 9% and settled at $1.22. However, ADA was back in the green on Tuesday, as ADA rose by 3.59% and settled at $1.26 before another increase of 3.47% on Wednesday saw ADA push to $1.31. 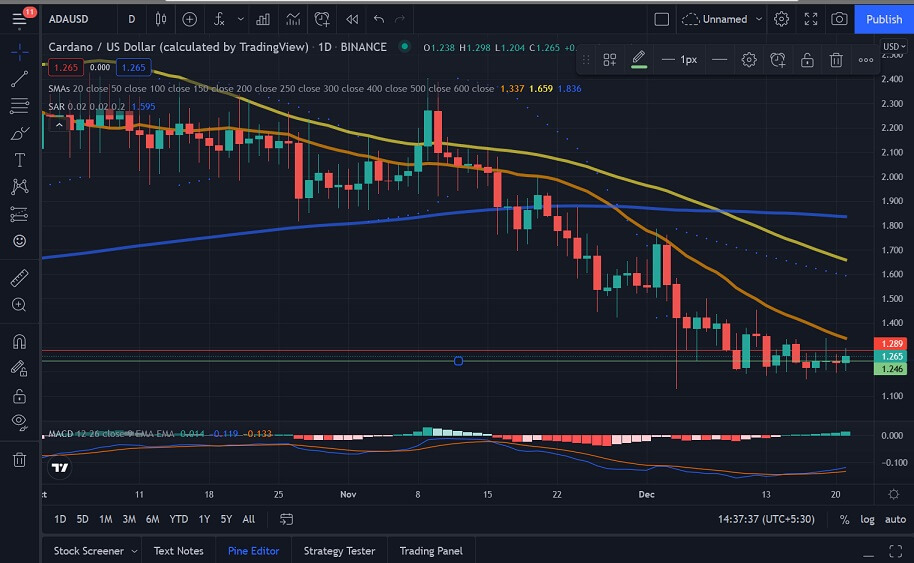 After rising to $1.31 on Wednesday, the Chainlink price dropped on Thursday, falling by over 5% and settling at $1.24. The price continued to drop on Friday, falling by 1.69% and settling at $1.21. The weekend saw ADA recover, as the price rose by 1.97% on Saturday and settled at $1.24 before registering a marginal increase on Sunday to end the weekend on a positive note. ADA fell back on Monday, dropping by 0.48%, but has made a strong recovery during the ongoing session, with the price up to $1.26.

We can see that the MACD has flipped to bullish, indicating that we could see the price rise further. 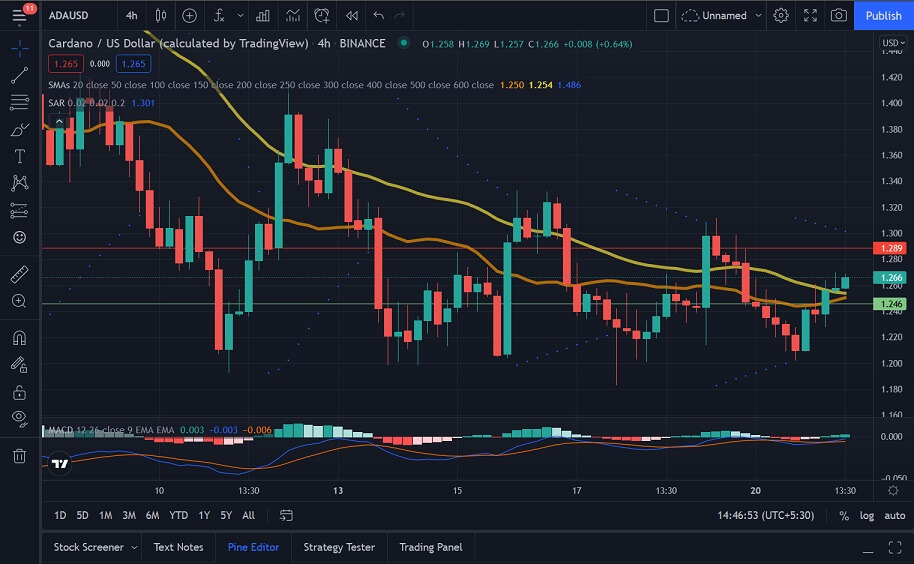 Payment company Flexa recently announced that as part of its “25 Days of Flexa” campaign, it has decided to launch support for ADA, the native token of the Cardano network, meaning that ADA can now be used to make payments at over 40,000 locations in the U.S.

Flexa claims to “provide merchants and developers with simple integrations for digital currency acceptance that are fast, affordable, and completely fraud-proof.” It says that it is “the first network to offer transactions that are 100% digitally secured from source to settlement” and that “unlike a traditional bank or payment card transaction, Flexa payments don’t involve sending any sensitive customer account information through the network.”

Rather, each Flexa transaction starts and ends with a unique, digital authorization code that can’t be decrypted or reversed.” Since Flexa integrates directly with merchants’ existing payment hardware and software stack, there’s no need “to purchase any additional equipment.”

Earlier, Regal, “a subsidiary of Cineworld Group and the operator of one of the largest and most geographically diverse theatre circuits in the United States,” announced that it had “partnered with Flexa. Trevor Filter, the co-founder of Flexa, added:

“Flexa is committed to helping merchants enable easier, faster, and safer payment options for their customers, and that’s just one of the reasons we’re incredibly proud to work with Regal, whose dedication to creating an enjoyable and widely accessible cinematic experience for their loyal patrons is second to none."

Looking at the Cardano price chart, we see that ADA has recovered during the current session. If the current sentiment persists, we could see ADA test the resistance at $1.28. However, we could also see ADA drop marginally and settle at around $1.25.