Cardano Price Prediction: ADA Back In The Red After Pushing To $1.10

The Cardano price fell back in the red during the current session, as sellers pushed the price down below $1.10. ADA had ended the weekend on a fairly bearish note, dropping by nearly 3% and falling to $1.04. Monday saw ADA recover, registering a marginal increase before pushing up by 5.52% on Tuesday and pushing above the 20-day SMA before dropping back during the ongoing session.

The Cardano price was in the red during the start of the previous weekend, dropping by 1.23% on Saturday before recovering on Sunday, pushing past the 20-day SMA and settling at $1.14. Monday saw ADA remain bullish, as the price pushed up to $1.19 after an increase of almost 5% before falling back on Tuesday, dropping by nearly 2% to $1.17. ADA recovered on Wednesday, rising by 1.61%, before dropping back in the red on Thursday, falling by over 3% and dropping to $1.15. 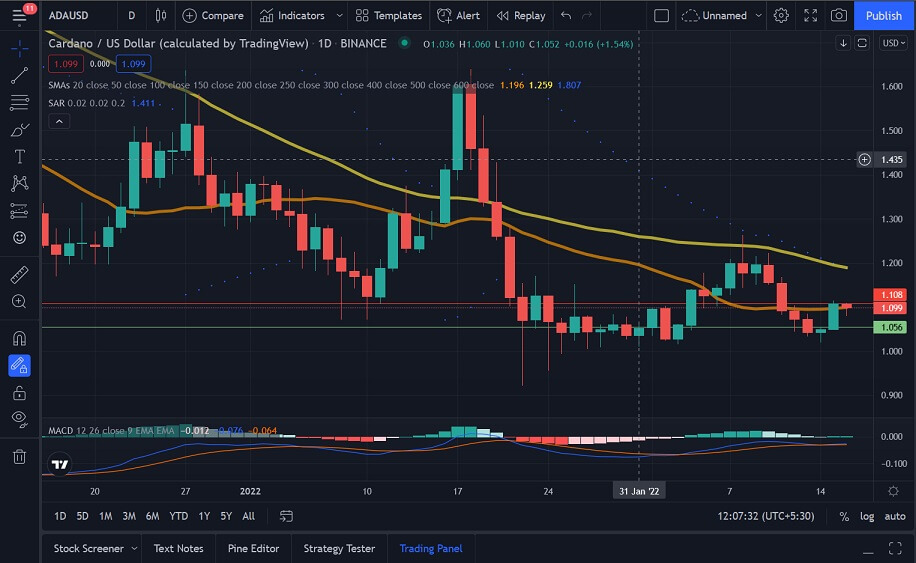 The Cardano price remained bearish on Friday, dropping by nearly 6%, slipping below the 20-day SMA, and falling to $1.09. The weekend saw ADA remain in the red, as it dropped by 1.74% on Saturday and then by nearly 3% on Sunday to end the weekend at $1.04. Despite the bearish sentiment, ADA recovered on Monday, registering a marginal increase on Monday, rising by 0.67%. ADA registered a fairly substantial increase on Tuesday, rising by 5.52%, moving to $1.10 after pushing past the 20-day SMA, before dropping back during the current session.

Looking at IntoTheBlock’s IOMAP for the Cardano price, we can see that ADA has strong support at around $1.05. At this price level, over 339,000 addresses have bought more than 7 billion ADA. 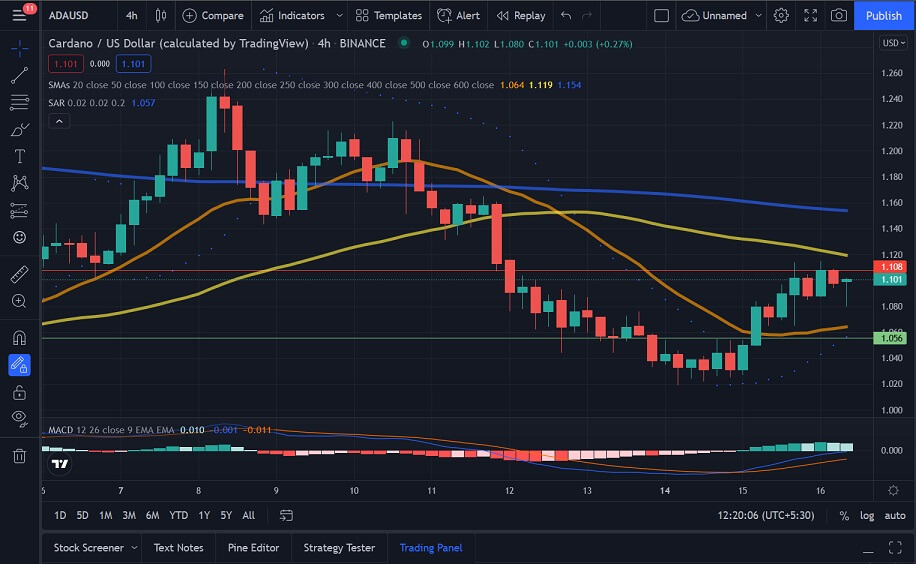 Looking at the Cardano price chart, we see that ADA has dropped back during the ongoing session. If sellers maintain the current bearish sentiment, ADA could slip towards $1.05. However, if the price recovers, we could see the price push back above $1.10 and move towards $1.11.