The Cardano price has registered a sharp drop during the ongoing session, as sellers look to push the price below $1.10. ADA had registered a drop of nearly 6% on Friday, dropping to $1.20. The weekend saw ADA remain in the red, dropping by 2.23% on Saturday and settling at $1.18. The price continued to fall on Sunday, ending the weekend at $1.17. The current session sees ADA down by nearly 5%. 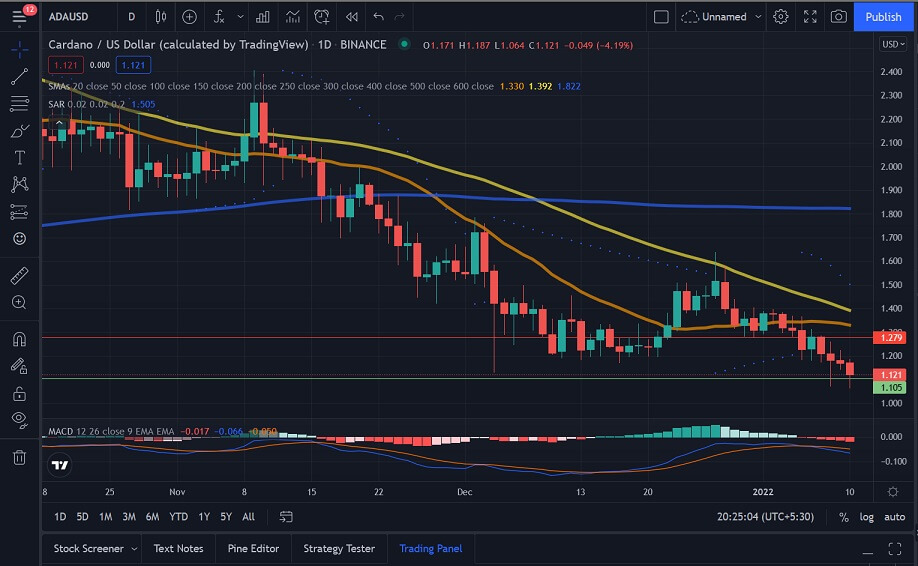 Despite the prevailing bearish sentiment, the Cardano price registered a recovery on Thursday, rising by 4.32% and settling at $1.28. However, the price fell back in the red on Friday, falling by nearly 6% and settling at $1.20. The price continued to drop over the weekend, as ADA fell by 2.23% on Saturday and then dropped by 1.02% on Sunday to end the weekend at $1.17. The current week started on a bearish note as well, with ADA currently down by over 4%.

Looking at IntoTheBlock’s IOMAP for the Cardano price, we see that ADA faces strong resistance at around $1.27. At this price level, over 205,000 addresses have sold over 3.2 billion ADA. 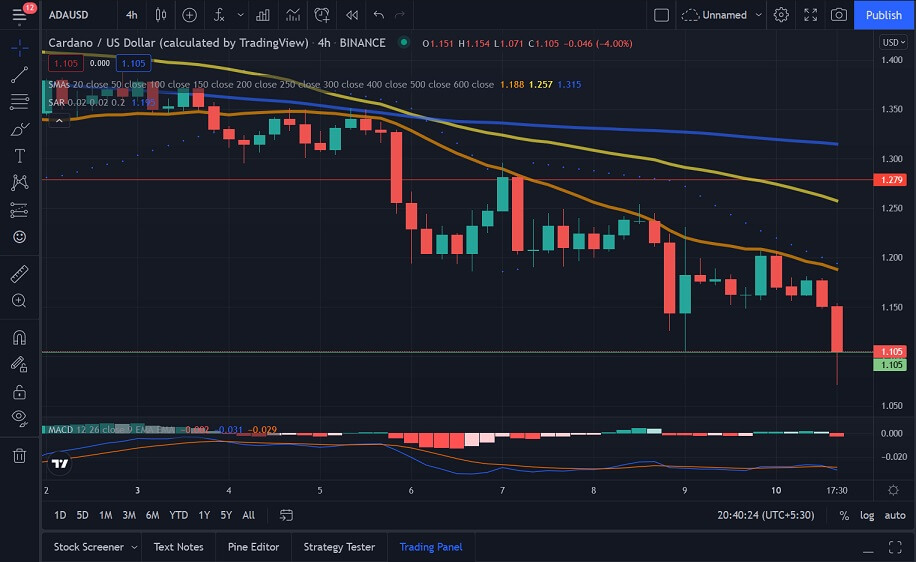 Looking at the Cardano price chart, we see that ADA has been extremely bearish over the past few sessions, dropping considerably. Currently, ADA is down by nearly 6% and could slip below $1.10.