The Cardano price continued to drop during the ongoing session and is currently down by almost 1%, as sellers look to push ADA lower. ADA had started the week on a relatively positive note, registering a marginal increase on Monday. ADA continues to push higher from this level, rising by 5.52%, pushing past the 20-day SMA and moving to $1.10. However, ADA fell back on Wednesday, dropping back below the 20-day SMA before falling further during the ongoing session. 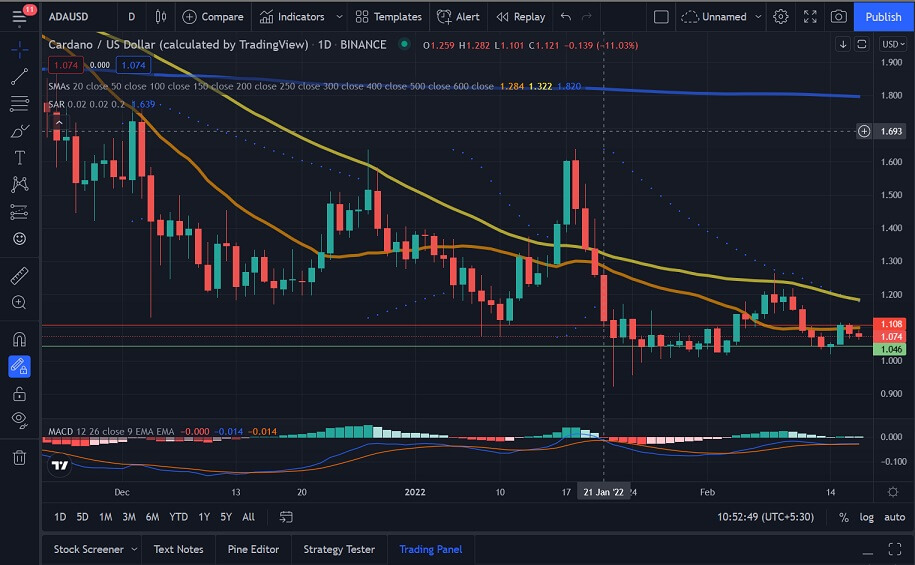 The weekend saw the Cardano price remain bearish, as it dropped by 1.74% on Saturday and then by almost 3% on Sunday to end the weekend at $1.04. Despite the bearish sentiment, ADA recovered on Monday, registering a marginal recovery, before surging by nearly 6% and pushing above the 20-day SMA and moving to $1.10. The price fell below the 20-day SMA on Wednesday, dropping to $1.08, before dropping further during the ongoing session.

IntoTheBlock’s IOMAP for the Cardano price shows that ADA has strong support at around $1.04. At this price level, over 189,000 addresses have bought more than 4.6 billion ADA. 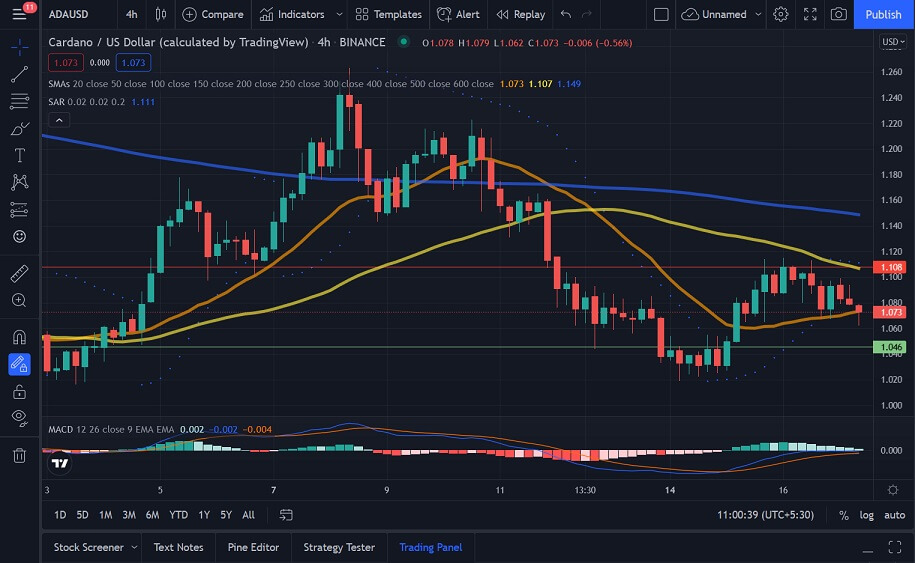 Looking at the Cardano price chart, we see that ADA has fallen considerably during the past couple of sessions. If the current bearish sentiment persists, we could see ADA drop to $1.05 or below.

Why Cardano Is So Cheap?

Is Cardano A Good Buy Or Goodbye