The Cardano price was quite bullish over the previous weekend, rising by over 7% on Friday. The price fell back on Saturday, falling by 1.23% before recovering on Sunday and pushing past the 20-day SMA, ending the weekend at $1.14. Monday saw ADA remain bullish, rising by nearly 5% and rising to $1.19 before dropping back on Tuesday and falling to $1.17. However, ADA could make a recovery on Wednesday, rising by 1.44% and moving to $1.19. 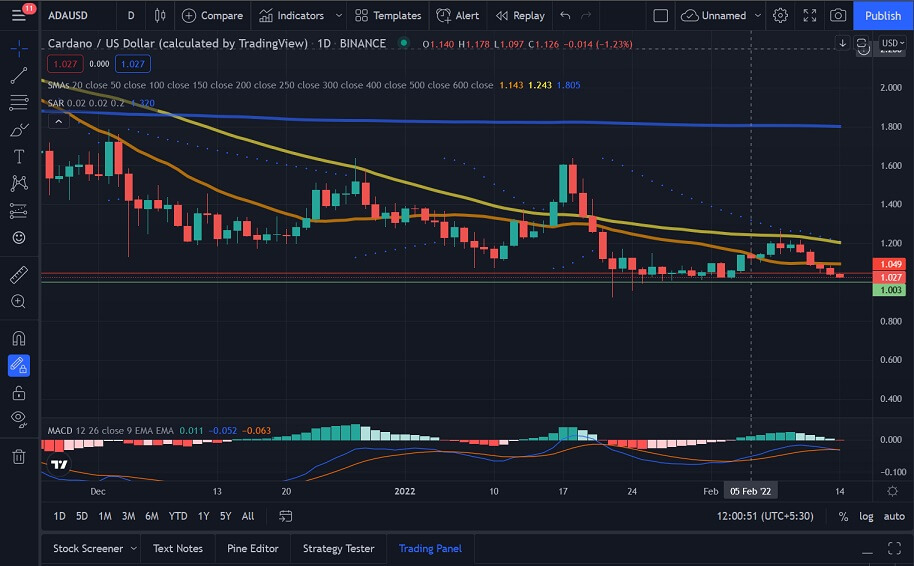 After registering a recovery on Wednesday, the Cardano price fell back on Thursday, falling by over 3% and dropping to $1.15. ADA continued to drop on Friday, dropping by nearly 6% and falling to $1.09, where the 20-day SMA acted as support. ADA fell below this level over the weekend, falling to $1.07 on Saturday and then to $1.04 on Sunday to end the weekend on a bearish note. The current session sees ADA at $1.02 as the price continues to drop.

Looking at IntoTheBlock’s IOMAP for the Cardano price, we see that ADA faces strong resistance at around $1.04. At this price level, over 268,000 addresses have sold more than 5 billion ADA. 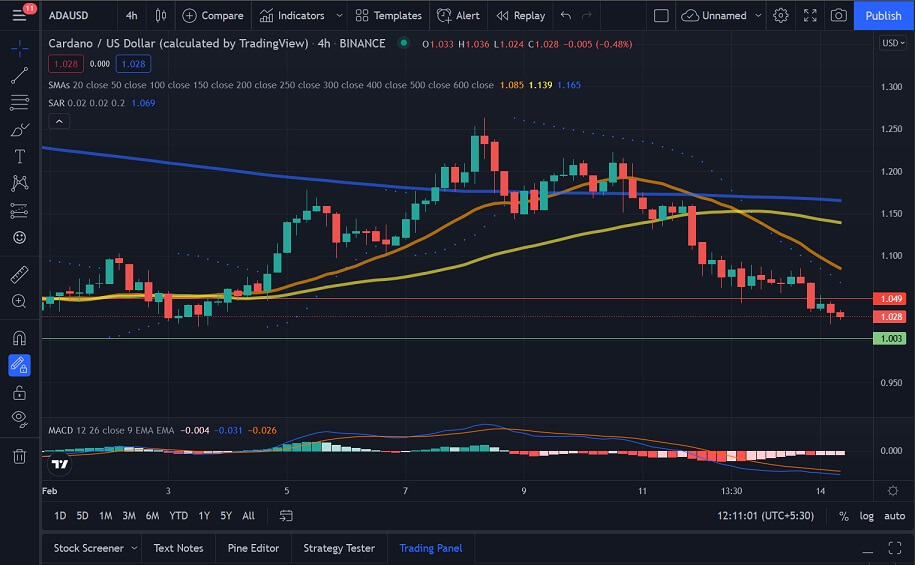 Adjusted transaction volume is considered a good way to isolate only the most important transactions. Cardano outperformed Bitcoin and Ethereum in adjusted volumes, with a 24-hour volume of $17.15 billion, compared to the latter's $4.67 billion and $4.25 billion. In comparison to Bitcoin and Ethereum, Cardano users also paid lower fees.

While critics tend to dismiss Cardano as a "ghost chain," it already has some decentralized applications (dApps) running on top of its blockchain, while the number of wallets holding the ADA token recently crossed the three million mark. Cardano's SundaeSwap has hit a milestone of over 75 million ADA traded after only three weeks on the market.

IOHK, Cardano's parent company, has announced the start of an updated proposal process to increase the per-block memory unit limit for Plutus scripts on the Cardano mainnet. The per-block Plutus memory unit limit will be increased from 50 million to 56 million at the epoch boundary on Feb. 14 as part of IOHK's series of planned modifications and improvements aimed at scaling Cardano.

The Cardano price chart shows that ADA has been extremely bearish during recent sessions. If the current sentiment continues, we could see ADA drop to $1 before staging a recovery.