The Cardano price started the previous weekend on an extremely bullish note, surging by over 7% and pushing up to $1.14. At this level, the 20-day SMA was acting as resistance, and ADA fell back on Saturday, dropping by 1.23% before recovering on Sunday, pushing above the 20-day SMA and ending the weekend at $1.14. ADA continued to push higher on Monday, rising by almost 5% and moving to $1.19 before dropping back on Tuesday and falling to $1.17. Wednesday saw ADA recover, rising by nearly 2% and moving back to $1.19. 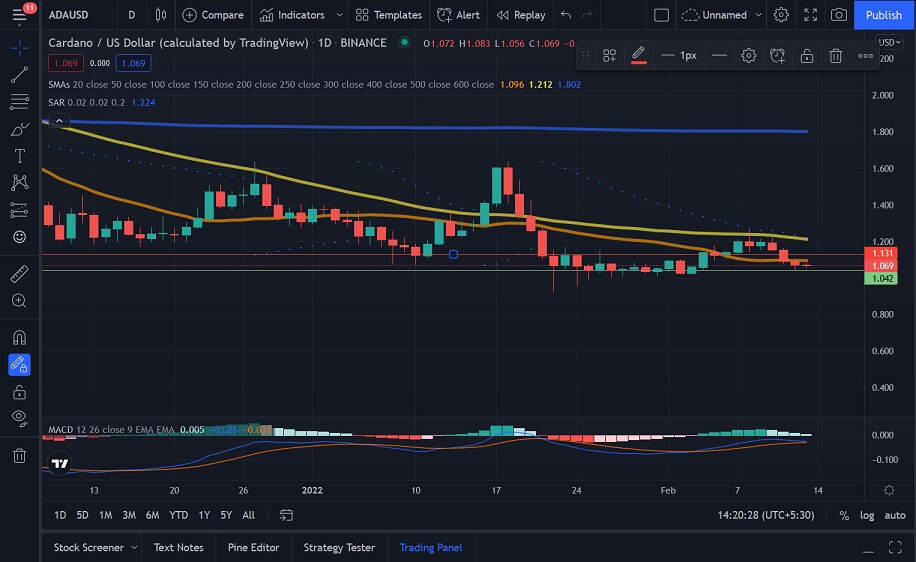 We can see that the MACD is currently bullish, but if ADA continues to drop, we could see it flip to bearish.

IntoTheBlock’s IOMAP for the Cardano price shows that ADA has strong support at around $1.04. At this price level, over 243,000 addresses have bought over 4.8 billion ADA.

The 4-hour Cardano price chart shows us that ADA had pushed up to $1.20 on the 7th, pushing past the 200-bar SMA. ADA continued to push higher from this level and moved to $1.24. After reaching this level, ADA fell back, dropping to $1.15 and slipping below the 200 and 20-bar SMAs. ADA was able to recover from this point, rising to $1.20 before dropping back below the 20-bar SMA to $1.17. ADA recovered from this level but fell back drastically, slipping back below the 20 and 200-bar SMAs and falling to $1.14. The 50-bar SMA was acting as support at this level, and ADA registered a marginal recovery. However, ADA fell below the 50-bar SMA on the 11th, when the price fell to $1.11. ADA continued to drop from this level, falling to its current level of $1.07. 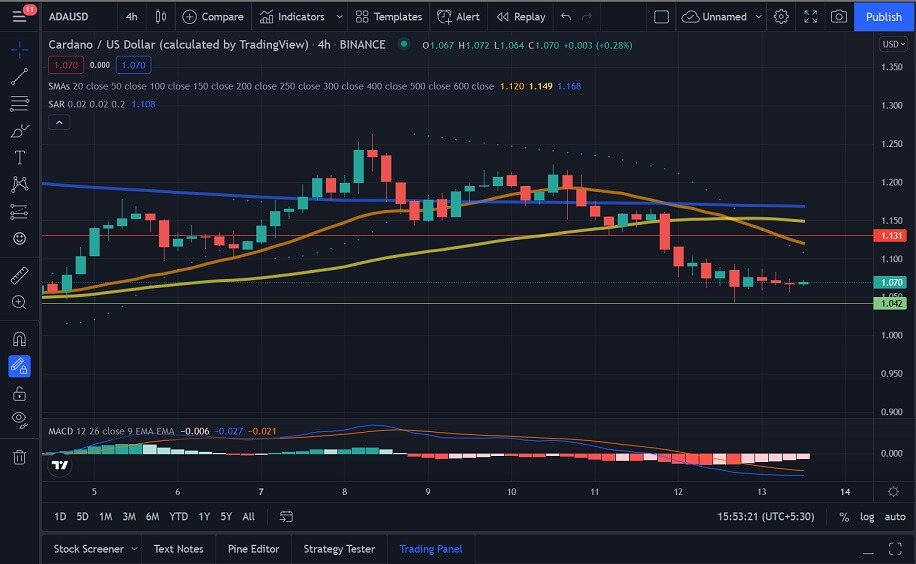 The Cardano blockchain network has seen tremendous growth recently, most notably in the number of smart contracts added to the decentralized platform. According to data acquired by Finbold, Plutus (a Cardano-based smart contracts platform) has experienced significant growth since the start of February. The Proof of Stake blockchain has added over 177 new smart contracts to the network, going from 1,227 on February 1 to 1,304 recently.

As a result, Cardano has added an average of 17 new smart contracts every day over the first two weeks. 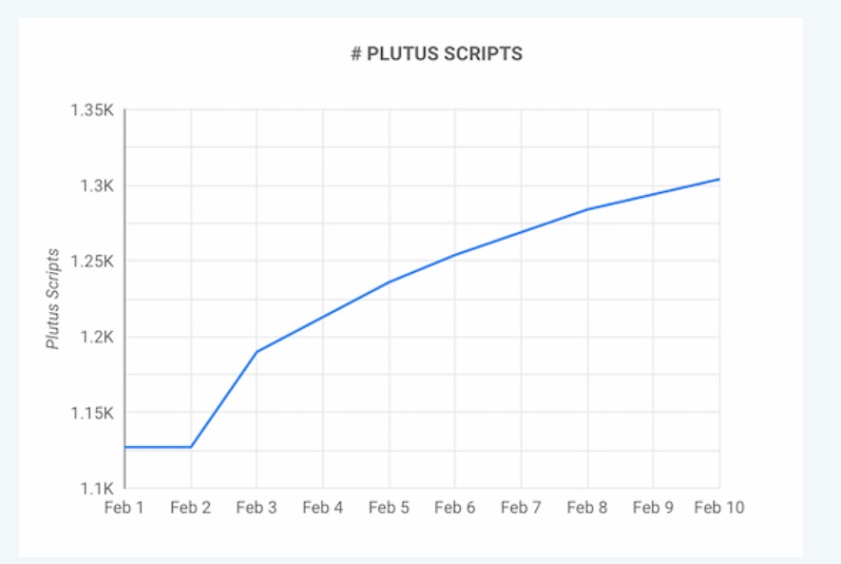 The graph represents real smart contracts based on Plutus running on the Cardano network. On September 12, 2021, as part of the hard fork event, the Alonzo upgrade was deployed, and these smart contracts went live on the network.

With the upgrade, Cardano provides a foundation for developing decentralized financial (DeFi) apps while making them more programmable for the developer community.

The Cardano price chart shows us that ADA has been extremely bearish in recent sessions, with the price in the red during the ongoing session as well. If the current sentiment persists, we could see ADA drop below $1.05.