The Cardano price is down by over 4% during the ongoing session, as sellers continued to dominate the market. ADA had registered a sharp fall on Thursday, falling by nearly 6% to $1.02. The price continued to drop on Friday, falling below $1 and dropping to $0.99 before registering a marginal recovery on Saturday. However, ADA fell back in the red during the current session and is currently at $0.95.

The Cardano price was in the red over the previous weekend, slipping below the 20-bar SMA on Friday. Over the weekend, the price remained in the red, falling by 1.74% on Saturday and then by 2.71% on Sunday to end the weekend at $1.04. Despite the bearish sentiment, ADA was back in the green on Monday, registering a marginal increase, before pushing up by almost 6% on Tuesday, moving back above the 20-day SMA and settling at $1.10. 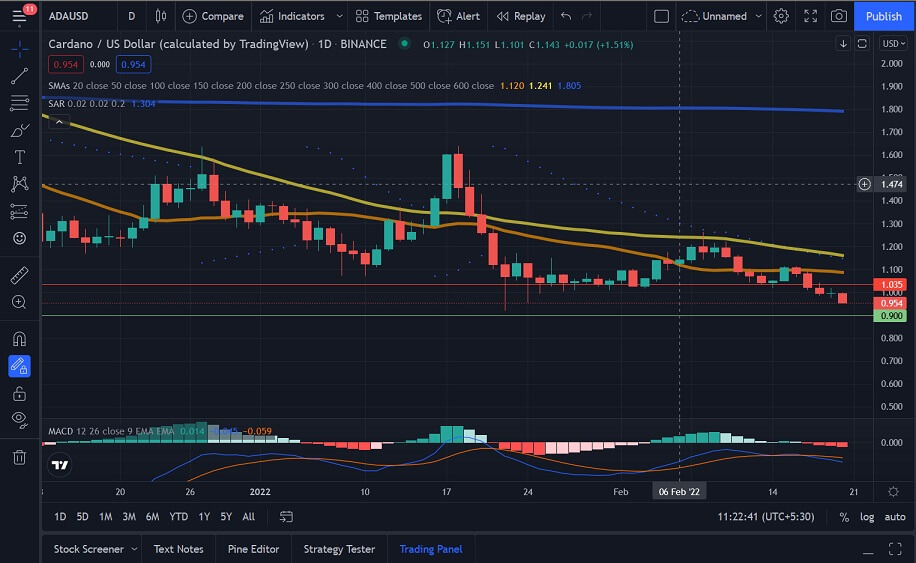 The Cardano price fell back in the red on Wednesday, as it dropped back below the 20-day SMA, falling to $1.08. Thursday saw ADA remain in the red, dropping by nearly 6% and falling to $1.02, and then falling by 2.45% on Friday, dropping below the $1 level. ADA was able to register a marginal recovery on Saturday before dropping back during the current session.

Looking at IntoTheBlock’s IOMAP for the Cardano price, we see that ADA faces strong resistance at around $1.03. At this price level, over 216,000 addresses have sold more than 5 billion ADA.

More On Cardano: Why Cardano Is So Cheap?

Looking at the 4-hour Cardano price chart, we can see that ADA had pushed up to $1.08 on the 15th, moving past the 20-bar SMA. ADA continued to push higher from this level, rising to $1.10, before turning bearish and dropping to $1.07 on the 17th. ADA continued to drop from this point, slipping below the 20-bar SMA and falling to $1.02. After registering a marginal recovery from this level, ADA fell back in the red, slipping below the $1 level and dropping to $0.99 on the 19th. After registering another marginal increase, ADA turned bearish again and dropped to its current level of $0.95. 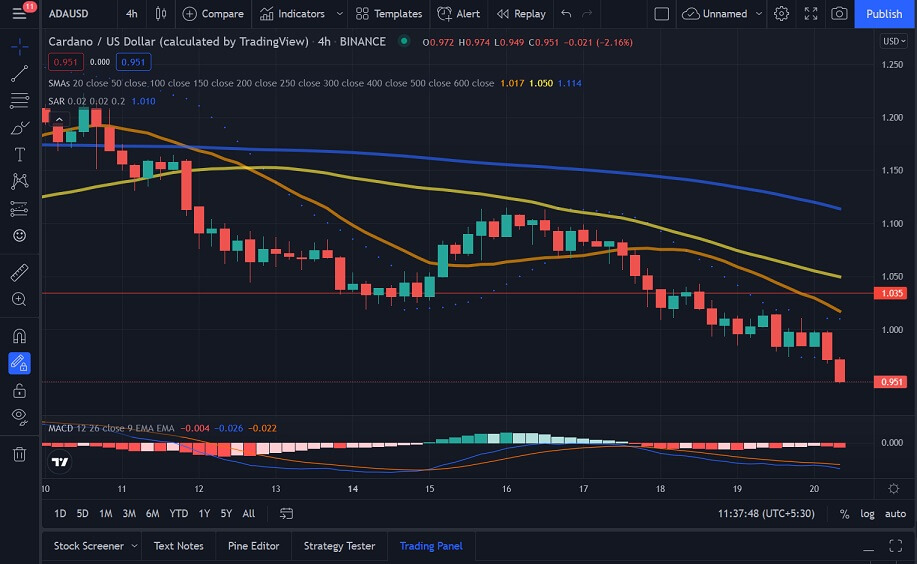 The Cardano price chart shows us that ADA has been extremely bearish during recent sessions and is down by nearly 5% during the ongoing session. If the current sentiment persists, we could see ADA drop further towards $0.90.

Best Methods On How To Earn Cardano (ADA) Fast