Cardano Price Prediction: Can ADA Get Back Above $1?

The Cardano price is up to $0.97, as it looks to move back above the $1 level, with ADA currently up by nearly 5%. ADA had registered a drop of over 2% on Friday, falling to $0.99, before registering a marginal recovery on Saturday. However, ADA fell back in the red on Sunday, falling by nearly 7% and dropping to $0.93. The current session sees ADA at $0.97, with buyers in control. 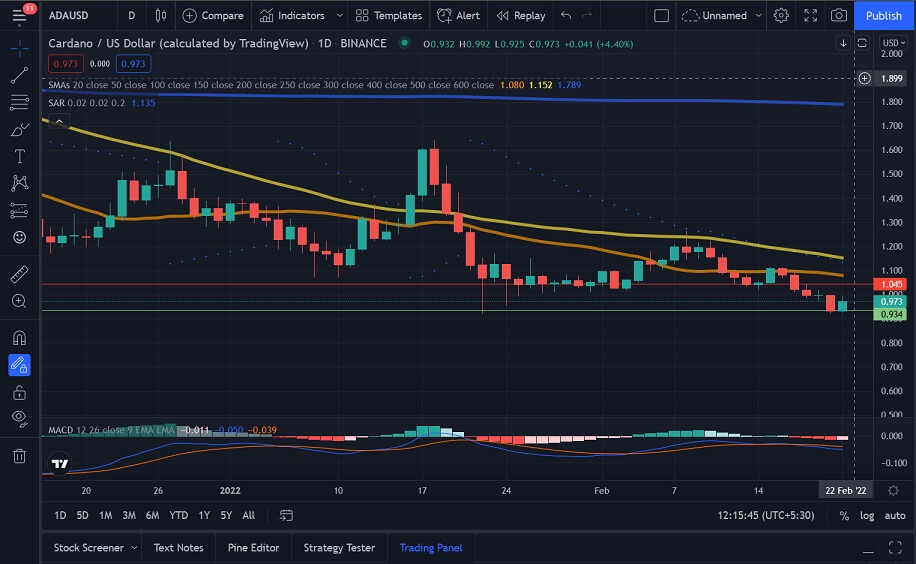 Looking at IntoTheBlock’s IOMAP for the Cardano price, we see that ADA faces strong resistance at around $1.04. At this price level, over 314,000 addresses have sold 4.9 billion ADA.

More On Cardano: Best Methods On How To Earn Cardano (ADA) Fast

We can see that MACD and Parabolic SAR have flipped to bullish, indicating that we could see the price push higher. 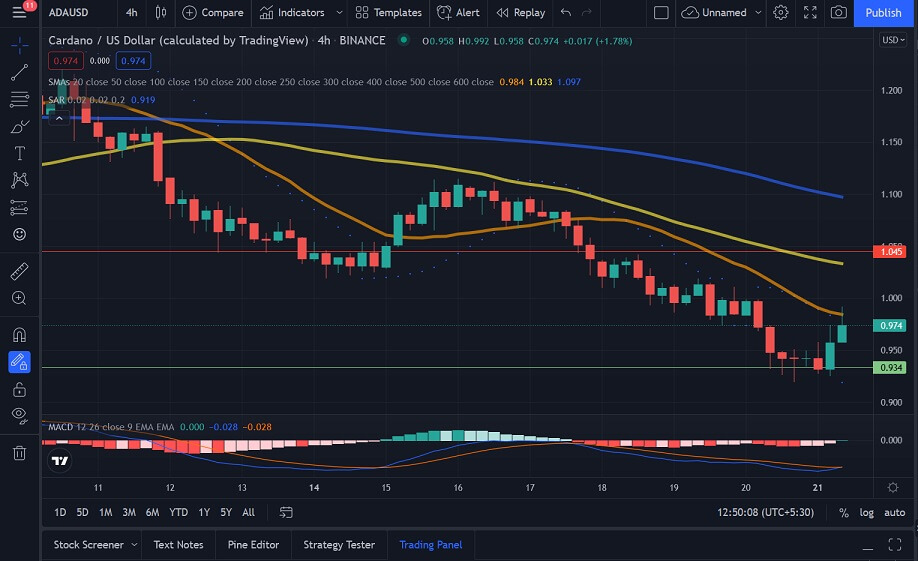 Adjusted transaction volume is a good way to isolate only the most important transactions. Cardano recently outperformed both Litecoin and Ethereum in adjusted volumes, with a 24-hour volume of $16.71 billion, compared to Litecoin's $97.81 million and Ethereum's $3.84 billion.

Per earlier reports, Cardano outpacing leading cryptocurrencies Bitcoin and Ethereum in transaction activity, as well as a spike in new ADA addresses. As reported by the Cardano Blockchain Insights Twitter handle, the Cardano blockchain has grown by nearly 13 GB since the start of 2022, indicating massive chain activity.

Cardano remains one of the most actively developed networks in the blockchain industry, as per Santiment data. Cardano is still in the top three in terms of contributions, according to the Activity Contributors Count.

More developers have begun to leverage the Cardano blockchain and produce new use cases with the availability of smart contracts functionality. The SundaeSwap decentralized exchange platform is the largest yet, with at least 98% of the total value locked.

Looking at the Cardano price chart, we can see that ADA has made a fairly strong recovery during the ongoing session. If the current sentiment persists, we could see ADA push back above $1.

Is Cardano A Good Investment And Should I Invest In ADA?

Why Cardano Is Going To Explode