The Cardano price started the ongoing session on a positive note, with ADA up by over 1%, with buyers looking to consolidate ADA above $1.30. ADA has been bullish since the weekend, registering an increase of almost 2% on Saturday and then a marginal increase on Sunday to end the weekend at $1.24. The price fell back on Monday, dropping by 0.48%, before recovering on Tuesday, rising by over 3% and settling at $1.28.

The Cardano price started the previous week on an extremely bearish note, as ADA dropped by over 9% on Monday, falling to $1.22. The price recovered on Tuesday, rising to $1.26 after rising by 3.59%. ADA continued to increase on Wednesday, rising by another 3.47% and settling at $1.31. However, after reaching this level, the price fell back significantly on Thursday, falling by over 5% and settling at $1.24 before dropping further to $1.21 on Friday. 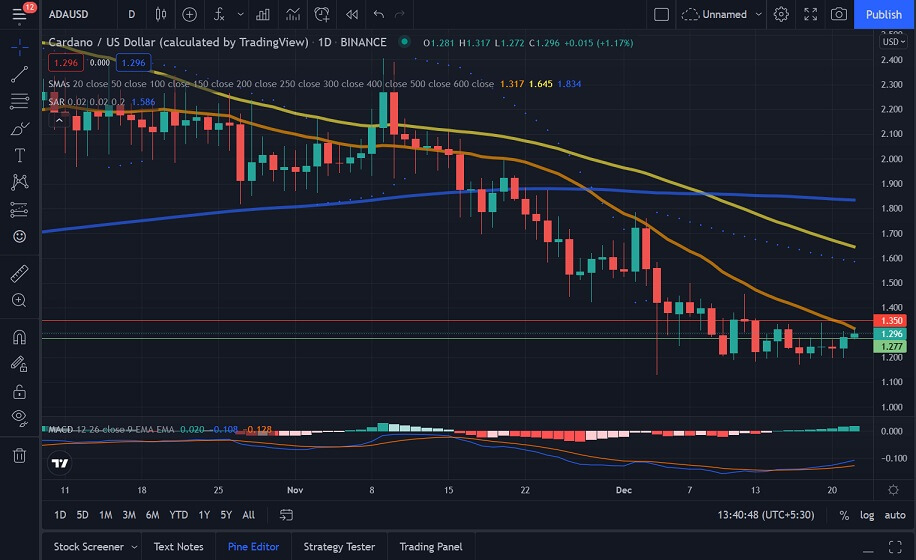 After dropping to $1.21 on Friday, the Cardano price recovered over the weekend, increasing by 1.97% on Saturday and settling at $1.24. Sunday saw ADA remain in the green after registering only a marginal increase. Monday saw ADA back in the red as it fell by 0.48% before recovering on Tuesday and rising to $1.28, an increase of over 3%. The current session sees ADA at $1.29, with buyers looking to push the price above $1.30.

IntoTheBlock’s IOMAP for the Cardano price shows that ADA has strong support at around $1.27. At this price level, over 270,000 addresses have bought more than 4.9 billion ADA.

We can see that the Parabolic SAR and MACD are both bullish, indicating that the price could push higher. 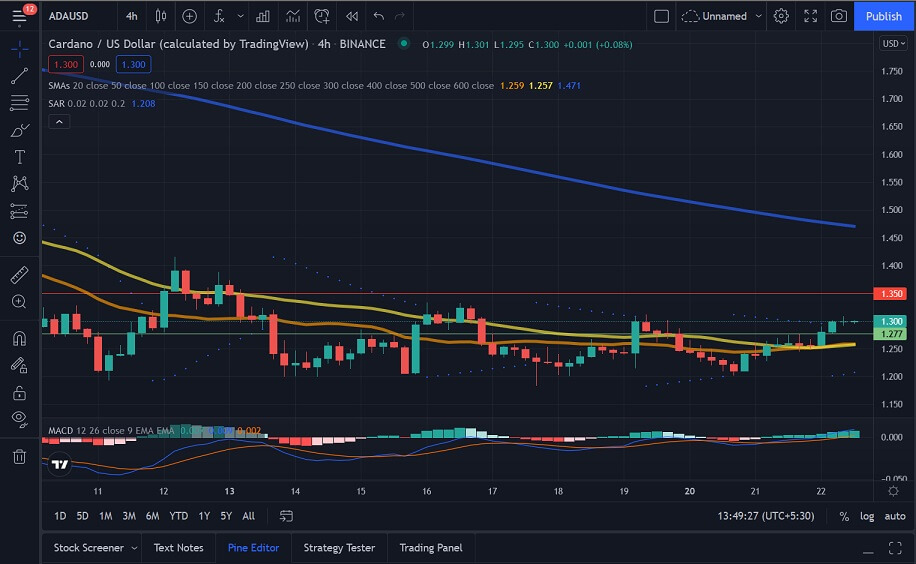 Charles Hoskinson: Cardano Will Be used By Billions

Cardano founder Charles Hoskinson recently revealed in a blog post that he believes that projects like the blockchain he works on will be “as ubiquitous as the internet and used by billions” in the future.

That type of adoption, he wrote, will take decades to be seen, all the while the project’s developers slowly move forward in pushing out new upgrades “instead of chasing hype and the latest cycle.” Hoskinson wrote:

"Our view is that these protocols will be as ubiquitous as the internet and be used by billions. This scale of adoption will take years to decades, not weeks to months, and won’t be a meme. Ultimately it’s the long game that matters."

Hoskinson noted that being a leader in the crypto space is “a brutal affair” as there is “really nothing like the 24/7 blast of information, scandals, new protocols, concepts ranging from NFTs and the metaverse to a constantly changing landscape.”

Notably, Cardano’s approach has seemingly been paying off. As reported, the number of active addresses on its network quadrupled from October to November as on-chain activity picked up and transaction fees on the network dropped from $0.45 to $0.38 on average.