Cardano Technical Analysis: ADA Looks To Push Back Above 20-Day SMA After Drop

The Cardano price started the current session on a fairly positive note, with ADA currently up by nearly 2%, with buyers currently controlling the session. ADA had registered a significant increase on Saturday, rising by 5.50% on Saturday and pushing above the 20-day SMA, moving to $1.38. However, ADA fell back in the red on Sunday, registering a marginal drop before falling by over 4% on Monday and slipping back below the 20-day SMA. 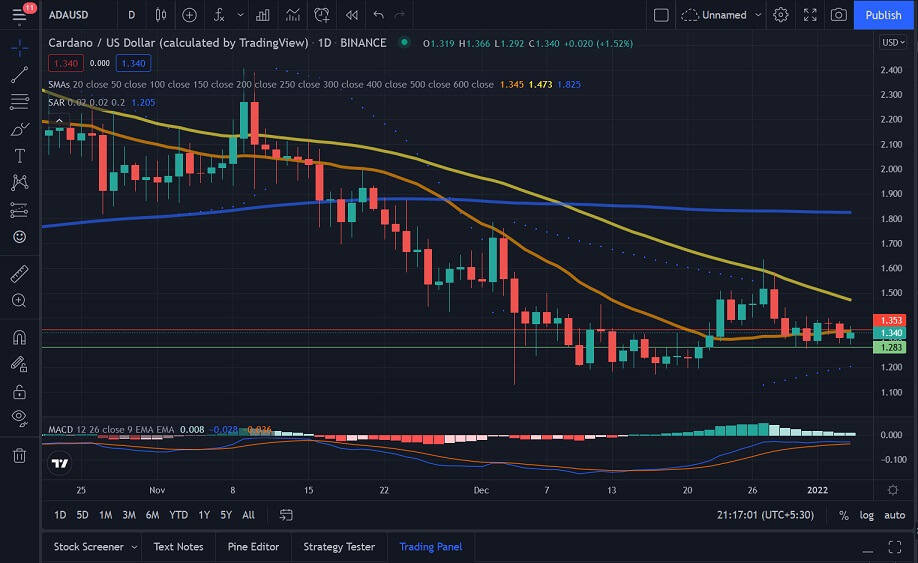 We can see that the Parabolic SAR is currently bearish, but if the price is unable to move past the 20-day SMA, we could see it flip to bearish.

Looking at IntoTheBlock’s IOMAP for the Cardano price, we see that ADA faces strong resistance at around $1.35. At this price level, over 315,000 addresses have sold more than 4.2 billion ADA. 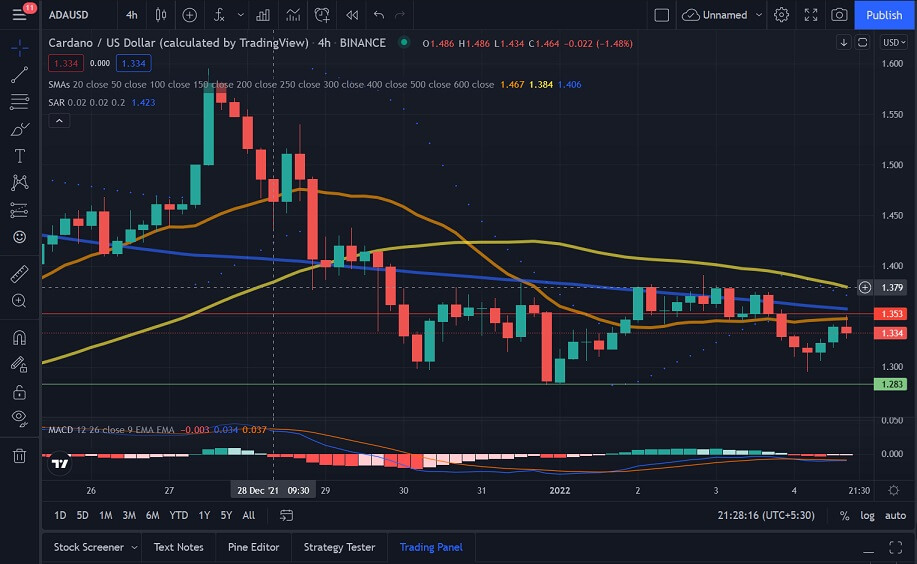 Looking at the Cardano price chart, we see that ADA faces strong resistance at $1.34. If ADA is unable to move past this level, we could see the price drop and fall to $1.30.