The Cardano price is looking to recover after a sharp drop on Thursday. ADA had started the week on a positive note, rising by 3.04%, but fell back on Thursday as the price fell by 3.02%. On Wednesday, a marginal recovery saw ADA push up by 1.23%, but then it fell drastically on Thursday, as sellers drove the price down to $1.30, a drop of almost 8%. The current session sees ADA trying to push back towards $1.35.

The Cardano price started the previous week on a reasonably positive note, as the price registered an increase of 0.51%. However, ADA was back in the red on Tuesday, dropping by 2.99% and settling at $1.55. ADA dropped marginally on Wednesday before surging by over 11% on Thursday and settling at $1.72. However, with the 20-day SMA coming into play as resistance, ADA dropped significantly on Friday, falling to $1.66 after registering a fall of 9.52%. The price continued to drop on Saturday, falling to $1.42 after dropping by over 8%. 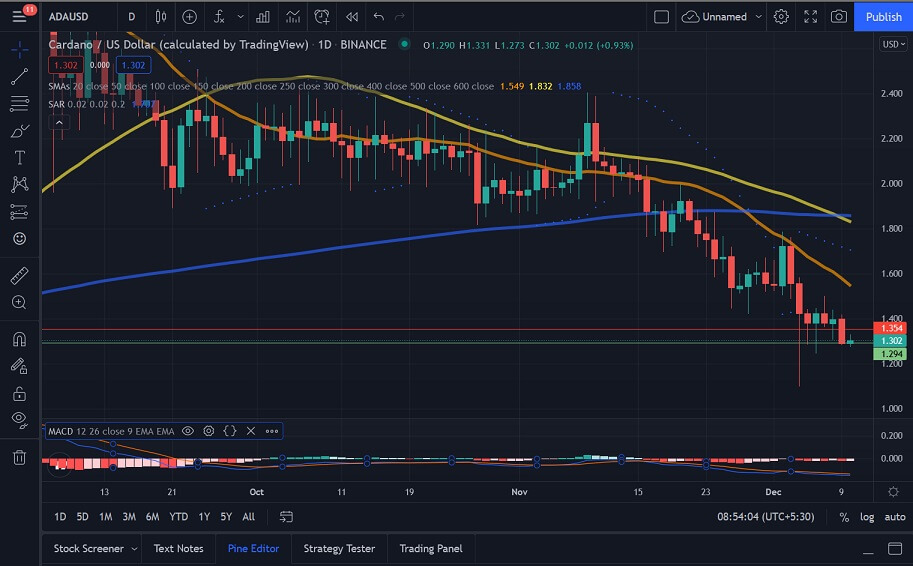 The Cardano price could not reverse the bearish trend on Sunday as well, falling by almost 3% and dropping to $1.38. However, Monday saw the price recover, as it rose by over 3%, rising to $1.42, but then fell by almost the same amount on Tuesday. After another recovery on Wednesday, ADA registered a sharp drop on Thursday, falling by over 7% and settling at $1.28. The current session sees a marginal recovery, with the price presently at $1.30.

Looking at IntoTheBlock’s IOMAP for the Cardano price, we see that ADA faces strong resistance at around $1.35. At this price level, over 250,000 addresses have sold more than 4.6 billion ADA. 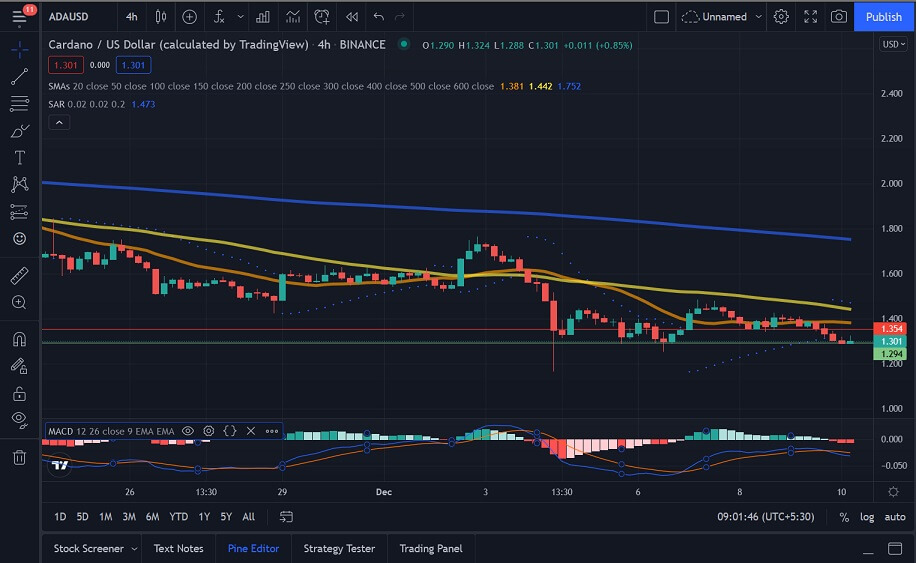 IOHK, the firm behind Cardano, recently announced the launch of the AGIX ERC20 converter testnet. In coming up with the offering, the network struck a partnership with SingularityNET allowing users to move AGIX tokens between Cardano and Ethereum through the permissioned bridge.

“I’m extremely excited by the emergence of the AGIX-ADA/AGIX ETH converter onto Cardano testnet, and soon after that onto mainnet. Every revolution is carried out one step at a time, and this is the first in a series of steps whose result will be the porting of the full SingularityNET decentralized AI platform onto Cardano.”

Cardano has recently made blockchain interoperability an integral part of its development. To this end, IOHK has announced a further collaboration to create multiple bridges to link the network with other blockchains. This is expected to have the effect of allowing blockchain solutions to be accessible to a wide range of individuals and will increase

the liquidity flow for Cardano’s ecosystem.

The main use of the converter is to allow users to move the AGIX ERC20 tokens between the source network and the Cardano. Users do not need technical expertise to use the tool, accessible through a URL. Users simply proceed to create or use an existing metamask account and configure the linked Cardano address.

The Cardano price chart shows us that ADA had fallen significantly on Thursday, with the price looking to make a recovery during the ongoing session. ADA faces strong resistance at $1.35, so we could see it test this level of resistance if the price pushes higher.