Cardano Technical Analysis: ADA Slips Below $1.50 Over The Weekend

The Cardano price dropped below $1.50 on Sunday as sellers took control of the current session. However, with support at around $1.44, we could see ADA recover. After posting a marginal increase, ADA had ended Thursday but fell back on Friday, dropping by over 8% and settling at $1.53. The price recovered marginally on Saturday, pushing up by 0.70%, before dropping back on Sunday. 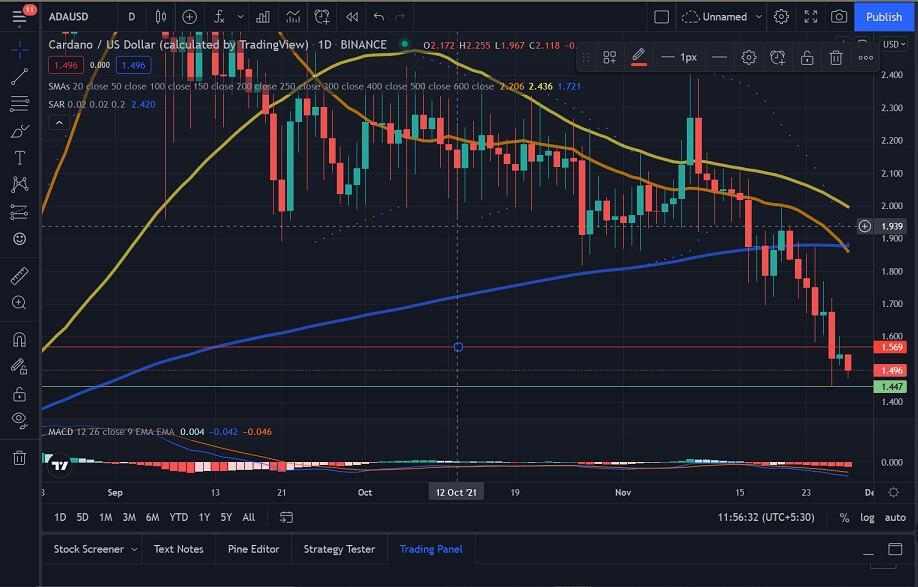 We can see that the Parabolic SAR is currently bearish, indicating a price drop. However, if ADA manages to recover, we could see it flip to bullish.

Looking at IntoTheBlock’s IOMAP for the Cardano price, we see that ADA faces strong resistance at around $1.56. At this price level, over 158,000 addresses have sold more than 3 billion ADA.

We can see that the MACD is currently bearish. However, if ADA manages to recover, then we could see it flip to bullish. 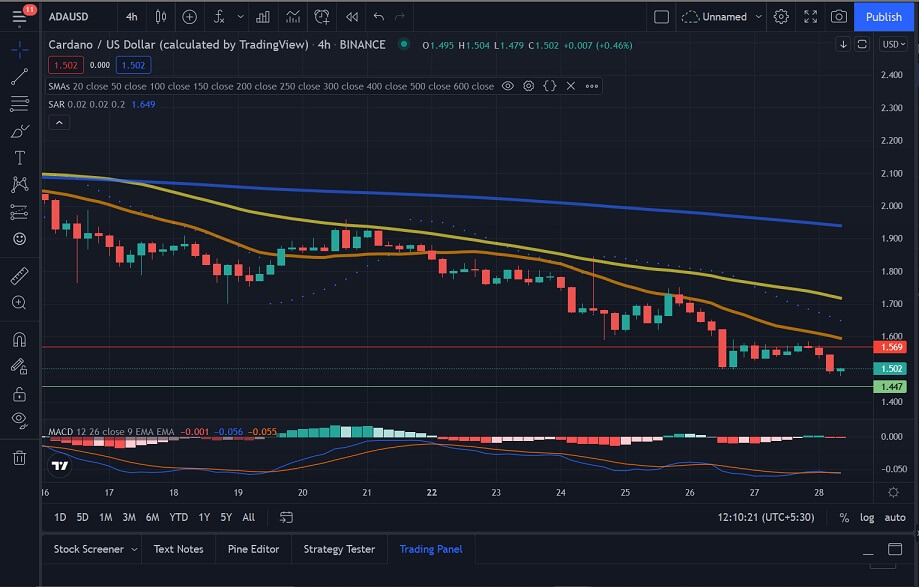 Looking at the Cardano price, we can see that ADA has been extremely bearish over the weekend. However, the price has some support at $1.44, which means ADA could push above $1.55 during the session.