The Cardano price was quite bearish during the previous weekend, dropping by 2.23% on Saturday and then registering a drop of 1.02% on Sunday to end the weekend at $1.17. The price continued to drop on Monday, with ADA dropping by nearly 4% and settling at $1.12. However, Tuesday saw ADA make a strong recovery, as the price rose by nearly 6%, moving to $1.18, and then surging on Wednesday, rising by 10.52% and settling at $1.31, where the 20-day SMA came into play as resistance. 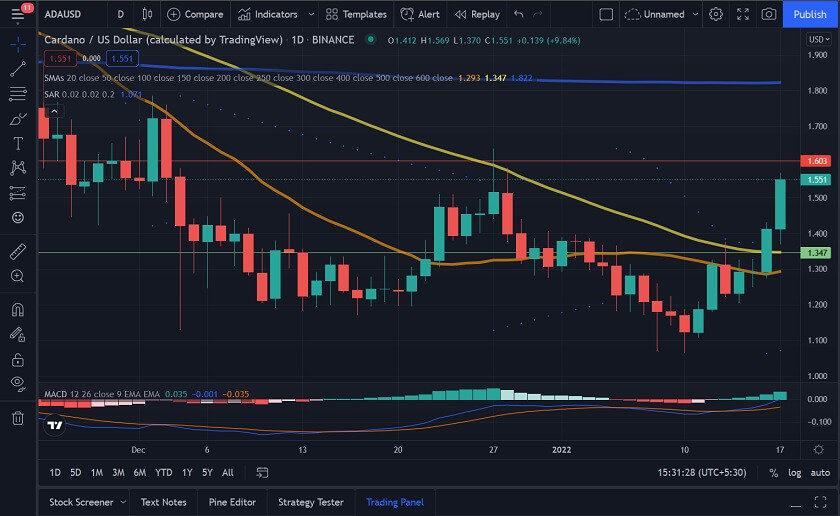 Looking at IntoTheBlock’s IOMAP for the Cardano price, we can see that ADA has strong support at around $1.34. At this price level, over 405,000 addresses have bought more than 4 billion ADA. 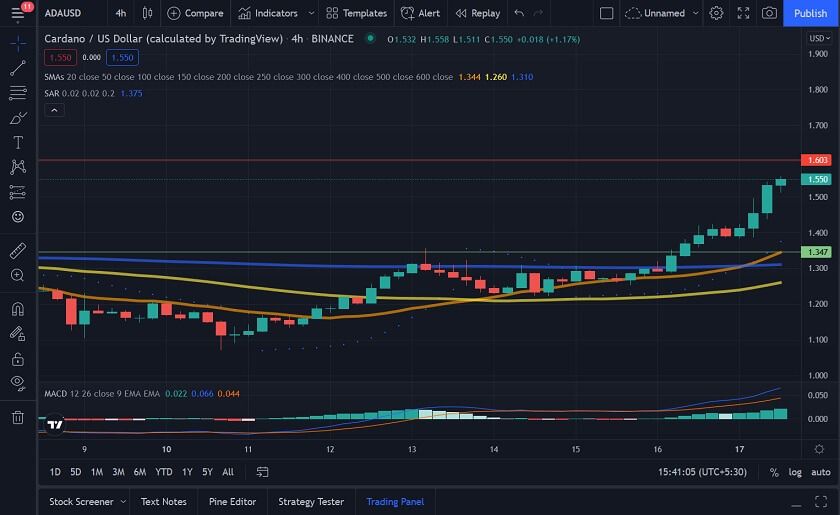 Pavia, the recently launched gaming application on the Cardano blockchain, has big plans for this year. So far, the project has issued at least 100,000 “land parcels,” each minted as a uniquely numbered Cardano NFT (CNFT) based on coordinates. More than 60% of the land parcels were pre-sold in October and November last year. The rest will go on sale in the current quarter.

Pavia’s entry into the Cardano ecosystem comes when its native crypto-asset, ADA, has suffered a consistent downward pressure amidst the market-wide rout. But the NFT activity on the network provided a much-needed push to the token, pushing it by over 14% in 24-hours recently.

According to the official website, Pavia has more than 8,300 landowners. However, they cannot visit or deploy any content onto their respective land parcel yet. The platform revealed that the team was working “to deliver the in-game Pavia experience.”

Similar to other metaverse projects, Pavia has an in-game currency – PAVIA – used for utility purposes inside its metaverse ecosystem. 25% of this native token was airdrop to Pavia NFT landholders right after a blockchain snapshot in December 2021.

Pavia has also revealed partnering with the cross-game avatar platform for the metaverse – readyplayer.me – to let users design their own avatar compatible outside of the Pavia ecosystem in more than 700 applications and games.

In the first quarter of 2022, Pavia intends to add liquidity to Cardano decentralized exchanges [DEXs] and explore cross-chain liquidity.

It also plans to look into on-platform assets, gamification, etc. The following quarter, the project aims to collate all feedback and “build commencement for the in-game Pavia.io experience look and feel,” double down on interoperability, cross-chain, and the cross metaverse.

Kaspars Koskins, founder and chief executive officer of ADALend decentralized lending protocol, is one of the earliest figureheads of Cardano's dApps ecosystem. He recently unveiled why Cardano is a smart bet for high-performance DeFis in 2022.

In his recent interview, Mr. Koskins compared some mainstream smart contracts platforms. First of all, he stressed that Ethereum (ETH) blockchain is "plagued" with problems. Due to exorbitant network fees and very slow transaction finalization, Ethereum (ETH) becomes unusable for the majority of dApps.

In terms of the modernization of technical solutions, Ethereum (ETH) will be replaced by more resource-efficient systems, Mr. Koskins opined.

Per previous reports, Dr. Gavin Wood, founder of Ethereum and Polkadot, slammed Solana (SOL) for centralization after its collapse in mid-September. While Solana was down recently due to a DDoS attack, the team switched off the network and released an emergency update.

Thus, Cardano remains the only heavyweight with "genuine" decentralization as no hidden whales can take control over it. Mr. Koskins is fascinated by its inclusive and fair design.

"[Cardano] (…) has security, speed, and low transaction fees needed to provide a truly democratic financial solution that every person on the planet can use."

That is why the ecosystem of ADALend is up and running on Cardano's smart contracts. ADALend addresses decentralized lending/borrowing operations for Cardanians. It will supercharge Cardano's DeFi ecosystem with the analog of "blue chips": Aave Finance, Curve, Balancer, and so on.

Due to the highly-scalable and resource-efficient design of Cardano (ADA), ADALend's users can manage their liquidity with negligible fees and zero latency.

Looking at the Cardano price chart, we can see that ADA has surged over the past couple of sessions, having been bullish since Friday. If the present bullish sentiment persists, we could expect ADA to push towards $1.60.