Cardano Technical Analysis: Sellers Push ADA Below $1.80 After Bearish Start To The Week

The Cardano price got off to a bearish start to the week, as sellers pushed the price below $1.80, currently at $1.77. ADA had pushed up on Friday, rising by over 4% as it entered the weekend on a positive note. The price continued to increase on Saturday, pushing above the 200-day SMA and settling at $1.92. However, the price fell back on Sunday, dropping to $1.83, slipping below the 200-day SMA. Monday saw the drop continue, as ADA fell to $1.77, falling by over 3%. 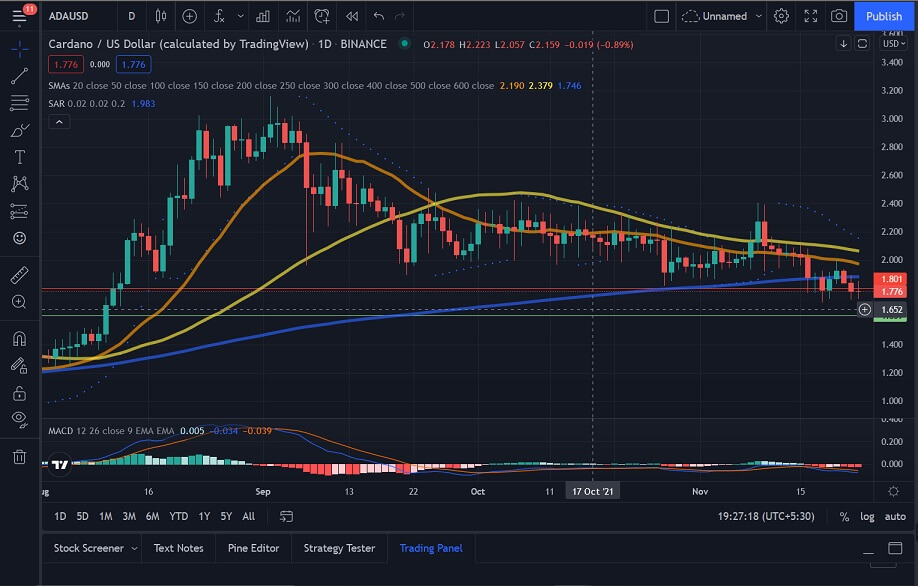 After dropping to $1.78 on Thursday, the Cardano price recovered on Friday, as it rose to $1.86, after pushing up by over 4%. Saturday saw ADA move above the 200-day SMA and settle at $1.92. However, ADA fell back on Sunday, as it dropped below the 200-day SMA after registering a fall of 4.55%. The current week started in the same vein, as sellers pushed the price down by over 3%, with ADA settling at $1.77. The current session sees buyers and sellers struggling for control, with the price static at $1.77.

The Parabolic SAR is currently bearish, indicating that the price could drop further.

Looking at IntoTheBlock’s IOMAP for the Cardano price, we can see that ADA faces strong resistance at around $1.80. At this price level, over 266,000 addresses have sold more than 4.2 billion ADA. 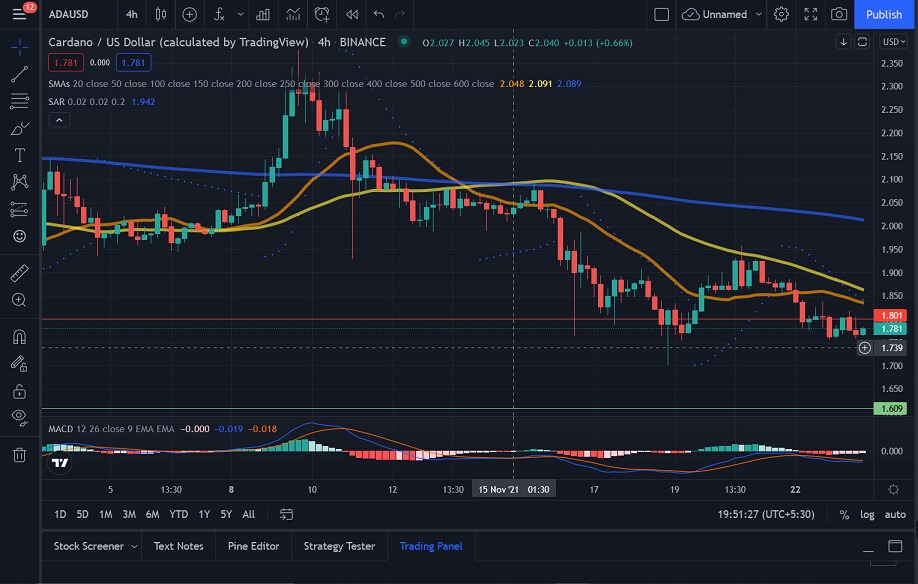 Cardano founder Charles Hoskinson recently expressed his thoughts on keeping up with security and privacy practices. The exec said he wanted to introduce proxy keys, and his basic plans incorporate three keychains; spending key, voting key, and staking key. Essentially, this would help maintain a separation of the cold and hot infrastructures (primary and secondary).

“The primary would be the spending, and the secondary would be staking and voting keys. Either directly delegate with them or create a new key chain, that’s just a staking key and a voting key. And we call those proxy keys. The idea is that you would sign a transaction that would enable those keys to act on behalf of the original keychain.”

The main benefit is that the proxy keys could live on hot wallets like Daedalus. Meanwhile, the main keychain could be on the cold infrastructure, a paper wallet, hardware wallet. The connection between proxy keys and the main keychain could be accommodated using a snark. Snark is cryptographic proof that allows one party to prove it possesses certain information without revealing that information.

However, there are certain obstacles on the roadmap, including regulatory concerns. Hoskinson added:

“It’ll have to come a little later down the roadmap. So second half of 2022, likely because there’s so much to do. But it’s definitely something that we’re looking for a protocol for that makes sense.”

Looking at the Cardano price chart, we can see that ADA has posted a marginal recovery during the current session. If the price does increase, we could see ADA settle at around $1.80. However, if sellers take control, the price could drop to $1.75.