Chainlink Price Analysis: LINK Posts Marginal Recovery As It Looks To Move Above $30 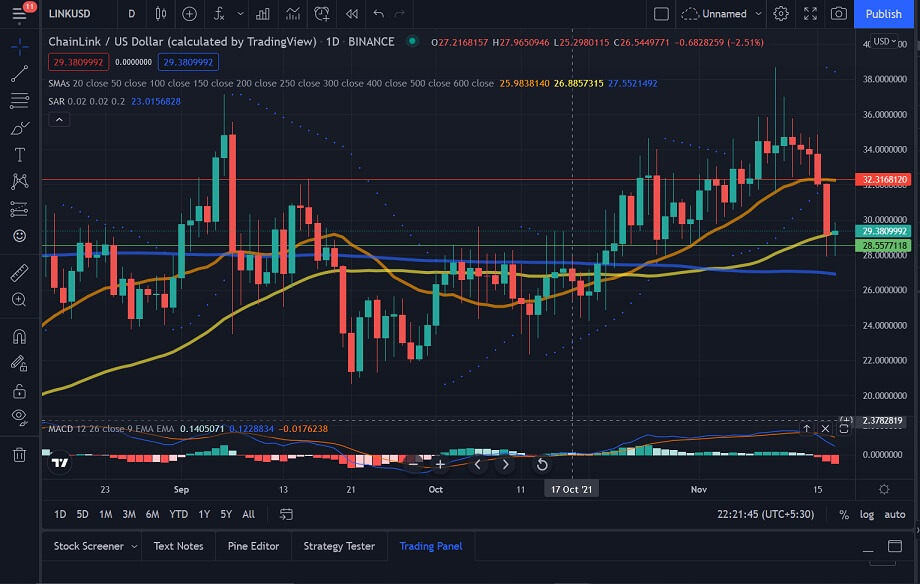 The current session sees LINK make a marginal recovery, and if the price continues to push up, we could see the MACD and Parabolic SAR flip from bearish to bullish.

Looking at IntoTheBlock’c IOMAP for the Chainlink price, we can see that LINK has strong support at around $28.11. At this price level, over 20,000 addresses have bought more than 65 million LINK.

We can see that LINK has pushed up during the current session. If the bullish sentiment persists, then we could see the Parabolic SAR and MACD flip to bullish. 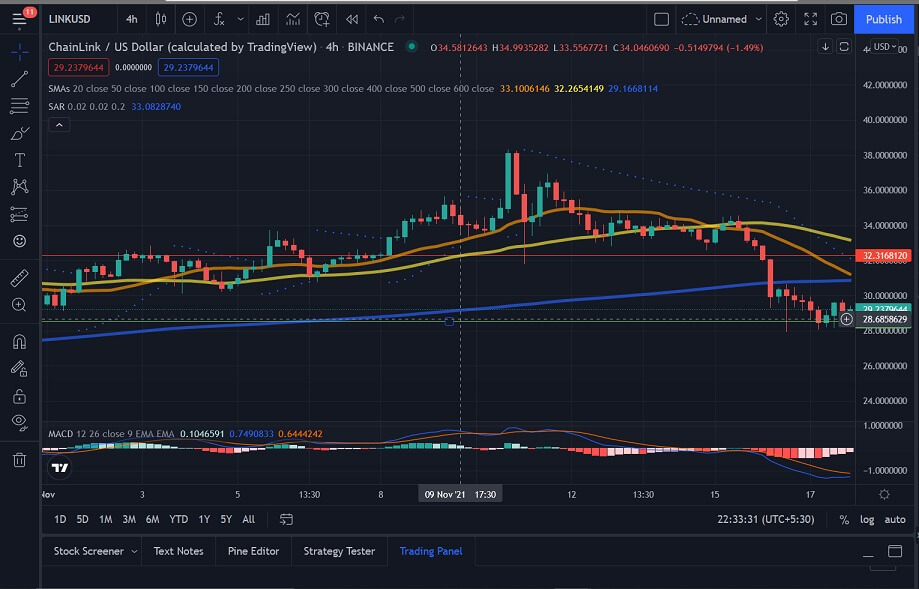 Looking at the Chainlink Price chart, we can see that LINK has made a marginal recovery during the current session. If the current sentiment persists, then we could see the price push past $30.