The Chainlink price is currently down by over 2% after failing to move past the 200-day SMA. With sellers in control of the session, we could see the price drop further. LINK had started the week on a positive note, pushing up by 0.92% on Monday. Tuesday saw the price push up further, rising by 1.21% and settling at $25.31. With the 200-day SMA coming into play as resistance, LINK could only register a marginal increase on Wednesday before dropping back during the ongoing session. 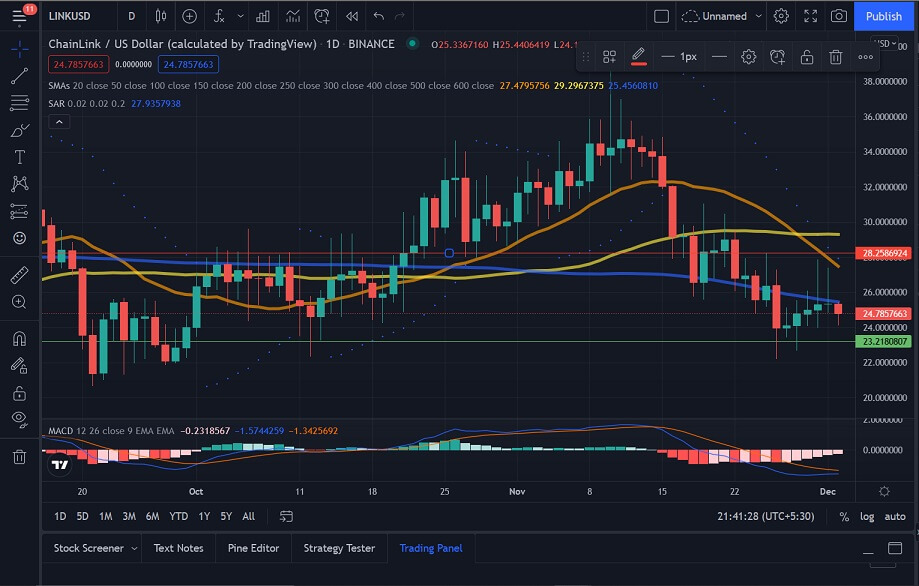 The Chainlink price recovered over the weekend, as LINK pushed up by 0.58% on Saturday and then almost 3% on Sunday to settle at $24.78. The bullish sentiment persisted on Monday, as buyers retained control, pushing the price up by 0.92%. Tuesday saw LINK push higher, rising by 1.21% and moving up to $25.31. With the 200-day SMA coming into play as resistance, LINK could only register a marginal increase on Wednesday before dropping back on Thursday.

Looking at IntoTheBlock’s IOMAP for the Chainlink price, we can see that LINK faces strong support at around $28.24. Over 18,000 addresses have sold over 55 million LINK at this price level.

The 4-hour Chainlink price chart shows us that LINK had dropped to $23.36 on the 26th, after dropping below the 20-bar SMA. The price pushed up marginally from this level before dropping back to $23.43. LINK pushed above the 20-bar SMA on the 29th, as it rose to $24.78. With the 20-bar SMA now acting as support, LINK stayed at this level for the next few sessions before pushing above the 50-bar SMA and moving to $26.50. However, after reaching this level, the price turned bearish and dropped below the 20 and 50-bar SMAs to its current level of $24. 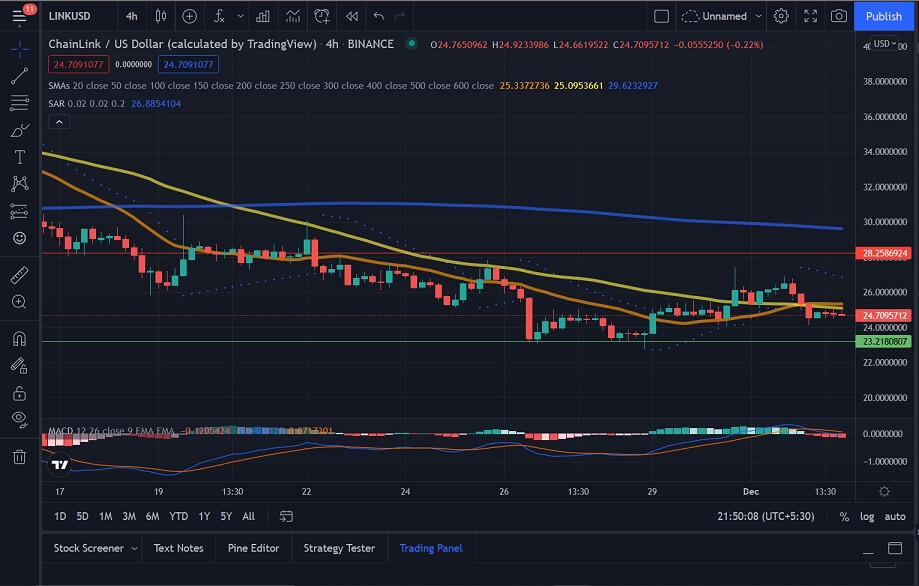 Looking at the Chainlink price chart, we can see that LINK has dropped during the current session, thanks to the 200-day SMA acting as resistance. If the current sentiment persists, we could see LINK drop below $24.