Could Litecoin Be A Millionaire-Maker Coin?

Litecoin is the second most popular pure cryptocurrency after Bitcoin. It has secured 26th position in the CoinMarketCap ranking with a market cap of $9.2 billion. There is a high rise in investor interest in Litecoin. Thus they are curious to explore Litecoin's potential as a millionaire-maker coin.

Considering its significant growth and high rise in price, Litecoin could be the missing piece of the puzzle in your investment portfolio.

Before getting into Litecoin's features as a potential investment option, let's dig deeper into what Litecoin is, the factors that drive its growth in the market, and a bit about its past rally. 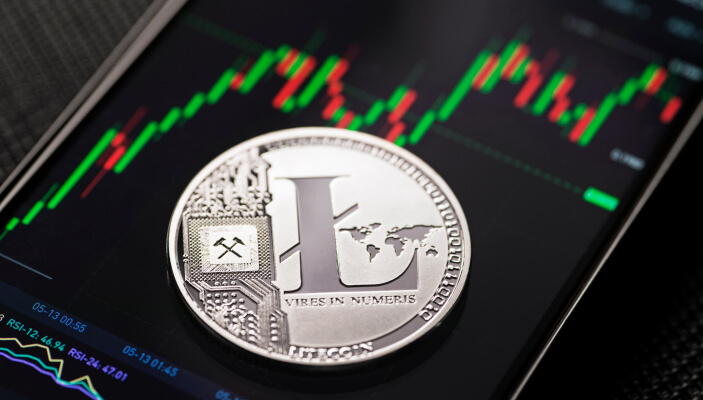 Since Litecoin was one of the most prominent forks of Bitcoin, it is popularly referred to as 'silver to Bitcoin's gold.' Litecoin was made to be more scalable, faster, secure, and process low-cost payments. It was designed by leveraging all the unique properties of the Bitcoin network.

LTC is a peer-to-peer internet currency enabling instant, near-zero cost payments to everyone worldwide. It is an entirely decentralized global payment network. It ensures faster transaction confirmation times and has an improved storage efficiency than other cryptocurrencies.

Litecoin is definitely the most appealing alternative to Bitcoin, with four times higher supply and four times faster processing time. It has a maximum supply of 84,000,000 coins, with almost 69,360,982.02 LTC in circulation currently.

Litecoin was founded in 2011 by the former Google and Coinbase engineer Charlie Satoshi Lite Lee, and is currently maintained by the Litecoin Foundation that works hard towards the development and adoption of crypto assets worldwide.

Is Litecoin A Millionaire-Maker Investment?

Litecoin has gained much popularity over the few years and is still gaining more attraction from investors in the mainstream. It has seen a growth pattern, and if this continues, Litecoin could be a millionaire-maker coin in the coming years.

Until December 2017, Litecoin had a low price range, ranging between $40- $100. However, once December rolled around, it surged higher, hitting an all-time high of $375.29 on December 19. LTC continued its rally with its share of ups and downs. 2021 was a profitable year for Litecoin and it currently sits at a price of $133.

Along with its high surge in price, one significant reason why Liteocin could be a millionaire-maker coin is that it is the most preferred choice for small businesses. Litecoin has a unique Atomic Swap technology that facilitates seamless cross-border transfers, making it a better option for traders.

With its impressive rally throughout the years, investing in Litecoin has been quite profitable for investors. Considering some of its factors, analysts predict that Litecoin can continue to be a favourite with investors in the coming future too.

Factors That Could Make Litecoin A Millionaire- Maker Coin

From the development team to its worldwide acceptance, various factors affect Litecoin's growth in 2022. Here are a few factors that drive LTC's price higher and further make it a millionaire-maker coin.

Unlike Bitcoin, Litecoin has a more accessible and power-efficient mining algorithm known as Scrypt. It makes Litecoin transactions faster and more secure. It uses an intensive memory algorithm that carries out calculations sequentially.

As of January 2021, Litecoin is one of the most widely accepted cryptocurrencies in the market. More than 2000 merchants and stores across the globe accept Litecoin as a mode of payment, which further contributes to the acceptance of cryptocurrency worldwide.

Adding to its benefits, in May 2020, the gaming giant Atari partnered with LTC and still maintains a healthy partnership. The fact that blockchain technology is becoming the future facet of gaming will also boost Litecoin's value in the coming decades.

Litecoin has an open-source network, which means that its protocol is flexible for changes. It can seamlessly implement technical innovations and several modifications whenever necessary. Litecoin's open-source network enabled it to implement tech advancements like SegWit and the Lightning Network Protocol, making transactions faster and convenient.

Thanks to Charlie Lee, Litecoin has a dedicated and robust development team. The team is making developments regularly. As a result, many top companies, like Alba, are planning to use Litecoin for its smart contracts.

Read Also: Pros and Cons of Investing in Litecoin

Could Litecoin Be A Millionaire Maker?

With a market cap of $9.2B as of writing, Litecoin is predicted to soar higher in the coming decades. Transactions fees are highly negligible and confirmation of the transaction is just a matter of seconds for Litecoin, turning it the best alternative to Bitcoin.

Alongside, Litecoin’s worldwide adoption as an available payment method is also a reason for the high surge in its price levels. Being one of the top ten cryptocurrencies, Litecoin has a long-standing reputation in the crypto market.  With all this in place, investors believe that Litecoin could be the next millionaire-maker coin, promising them huge returns in the future.

Litecoin is a cryptocurrency that has excellent potential and is going to surge higher in 2022 as per predictions. Considering its price history, technical advancements, and worldwide adoptions, Litecoin could be the next millionaire-maker coin.

Its price range can also be affected by Bitcoin's surges and downs.

Therefore, given its advantages and a stronger developer team than other cryptocurrencies, investors believe that Litecoin is here to stay and can be a great addition to your portfolio.