Top 7 Profitable Cryptocurrencies Other Than Bitcoin

Are these 7 altcoins more profitable than Bitcoin?

Looking for the next big thing like Bitcoin? Wondering if any altcoins are worth the effort? These coins should satisfy your curiosity!

Cryptocurrency prices have gone mad since Bitcoin pushed past previous records to reach its highest price of $56k!

But we all know that Bitcoin is not the only cryptocurrency out there. In fact, according to Statista, there are at least 4,501 known cryptocurrencies, though some sources claim that there may be as many as 7,000!

On top of that, many cryptocurrency enthusiasts still believe that we have not fully seen the real potential of cryptocurrency yet. More than a decade after Bitcoin was birthed, this experiment with cryptocurrency is still in its infancy.

Getting a nice slice of the pie early on could pay off big time. And we aren’t even talking about buying up dirt cheap unknown coins, even Bitcoin might still be nowhere near its potential value (the Winklevoss brothers believe it will eventually reach the same valuation of gold!).

But with all these coins, most of us haven’t a clue where to start and it’s easy to get caught up in the hype of a certain alt just to find that nothing happens.

Remember when Facebook launched the Libra cryptocurrency (now rebranded as ‘Facebook Diem’)? Everybody thought it was going to take over, but after all their partners left its old news.

In this article, we’ll look at the top 7 most profitable cryptos other than Bitcoin! Each of these coins is highly worth your consideration and have proven themselves to be the crème de la crème of crypto.

To give you an idea of how much BNB has improved in price, at the beginning of February 2021, it had been ranging around $50 per coin, then shooting up to approximately $334, according to CoinMarketCap, before stabilising.

At one point, Coindesk reported that Binance Coin had gained 45% in 24 hours!

BNB is most likely the best cryptocurrency to buy right now. It benefits whenever there is a buying spree.

Wallet Investor predicts that Binance Coin could reach $475.93 within five years. But we also must factor in the possibility of another buying spree, which would probably make this very low.

Would you invest in Binance Coin (BNB)?

Journalists have struggled to find the reason behind Cardano’s rise, some believing that it was related to Coinbase going public.

However, according to the Benzinga Staff at Yahoo Finance, it may have something to do with its recent protocol updates, which is perhaps more likely. This update included a hard fork that allowed users to create their own tokens on the Cardano blockchain.

As Cardano ventures into uncharted territory, it is hard to say where it might end up. Because of this, it probably makes Cardano the best short-term cryptocurrency investment for the time being until we can see if Cardano can handle this level of attention.

Wallet Investor predicts that Cardano could reach $1.62 within one year.

Check our article on Cardano here.

Does Cardano (ADA) sound like a good investment to you?

Ethereum will always be known as is the next big thing like Bitcoin. You just can’t argue with it. It dominates the altcoin scene and the Ethereum blockchain is even the home to many of the altcoins.

Aside from Bitcoin, Ethereum is most certainly the most profitable cryptocurrency of 2021 so far. In February 2021, Ethereum reached around $1,900, its highest ever price, according to CoinMarketCap.

Many Ethereum users are very excited about Ethereum 2.0, which will be launched at some point this year and will finally shift the protocol to proof of stake.

And then you have the DeFi market that is booming right now and almost entirely powered by Ethereum.

Crispus Nyaga, writing for Investing Cube, believes Ethereum’s price will rally to $2,500 if the US passes the $1.9 trillion coronavirus stimulus bill.

Check out our article on Ethereum here.

Would you say Ethereum (ETH) is a smart investment?

The news of cryptocurrency Ripple’s battle with the SEC is getting old now and people are starting to care less about it. In fact, Ripple’s price is actually higher now than it has been for much of its existence.

Of course, we should all be cautious with Ripple as there is still the chance that the SEC could cut them down to size.

But, now on to newer, better news! Ripple is moving to support central banks with private ledgers based on the XRP ledger for CBDCs (Central Bank Digital Currencies).

If Ripple can shake off the shackles of the SEC, it could turn out to be the most profitable cryptocurrency to invest in for 2021 (and it maybe looks like they’re already doing it).

Check our article on Ripple here.

Is Ripple (XRP) the best cryptocurrency to invest in?

5. Stellar (XLM) - Helping Ukraine create a CBDC could skyrocket this crypto to $0.68

Stellar has an edge over Ripple at the moment. They’re like twin brothers who while they don’t publicly squabble with each other, we can all guess there’s a bit of tension between them. The similarities are too vast.

And speaking of similarities, remember we said Ripple is going to start helping central banks with CBDCs? Well, Stellar is one step ahead.

That’s right, at the beginning of the year, the Ukrainian Government announced that it will work with Stellar to create a CBDC. So, it will be very interesting to see what happens here and if it adds any value.

Check our article on Stellar here.

Willing to bet on Stellar (XLM) being the best investment of 2021? 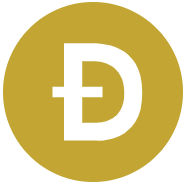 The ‘memecoin’ reached unbelievable highs in early February 2021, getting to approximately $0.084 before settling down. This was the master plan of the Reddit group SatoshiStreetBets, who wanted to pump up the price.

If the Reddit group tries again to pump up the price of Dogecoin again, it could possibly be the best cryptocurrency to invest in for 2021.

Of course, though, no one can guarantee that this will happen again. There isn’t really a strong use case for Dogecoin, it is after all a big joke.

So, we have to remember that there’s a big possibility that people will eventually get bored with Dogecoin and move on.

Check our article on Dogecoin here.

Is Dogecoin (DOGE) a joke or a real investment?

It’s easy to forget about one of the trustiest cryptos out there. But Litecoin should not be forgotten.

An ‘OG crypto’, Litecoin has been around longer than most and is actually superior to Bitcoin in several different technical ways. But with all the attention on Bitcoin, it’s hard for Litecoin to get the attention it deserves.

Interestingly, Litecoin is the most profitable cryptocurrency to mine on this list. At the time of writing, the block reward for Litecoin is 12.5 LTC, which equates to $2,372.63.

Litecoin price predictions are largely stable. Liteforex predicts that Litecoin might reach highs of $266 by May 2021. Litecoin probably has some of the best chances of continuing to grow stably.

Check our article on Litecoin here.

Is Litecoin (LTC) the future of cryptocurrency?

Conclusion: Which Altcoin Is The Most Profitable?

While historically it has been Ethereum (aside from Bitcoin, obviously), it does depend on the point at which you open and close a position. Getting in and out at the right time is more important than what is typically considered the most profitable.

This is why you’ll notice that Binance Coin and Cardano are at the top of our list as they seem to present the best opportunities and show the most growth.

Then we have Ripple which is at a key turning point with both chances to reclimb the ladder and chances to fall back down again.

Next in line is Stellar which really might be able to take Ripple’s spot if they are not careful.

And finally, we have Dogecoin and Litecoin. The former might have very powerful backers in the form of Redditors (this might also make Doge pretty risky), and the latter being one of the most stable and oldest altcoins around.

It is still hard to say at this point what is the best long-term cryptocurrency to invest in of this list, though Bitcoin clearly is seen by many as the best, it is much harder when looking at altcoins.

Despite this, these coins are probably your best bet.

If you remember anything from Top 7 Profitable Cryptocurrencies Other Than Bitcoin, make it these key points.