Winklevoss Twins: How Much Are These Bitcoin Billionaires Worth?

Winklevoss twins - Tyler and Cameron - are two of the most successful Bitcoin holders in the world. Some say that they hold up to 1% of the whole supply of circulating Bitcoin.

That’s an extraordinary amount and made them the first-ever Bitcoin billionaires.

But how did the Winklevoss twins, or ‘the Winkevii’ as they are sometimes called, get involved in trading Bitcoin? And should they sell now or keep holding?

In this article, we’re going to look at how the Winklevoss twins made their fortune and the impact the pair have had on the cryptocurrency industry. Hold on to your hats!

The Winklevoss Twins: Entrepreneurs From Birth 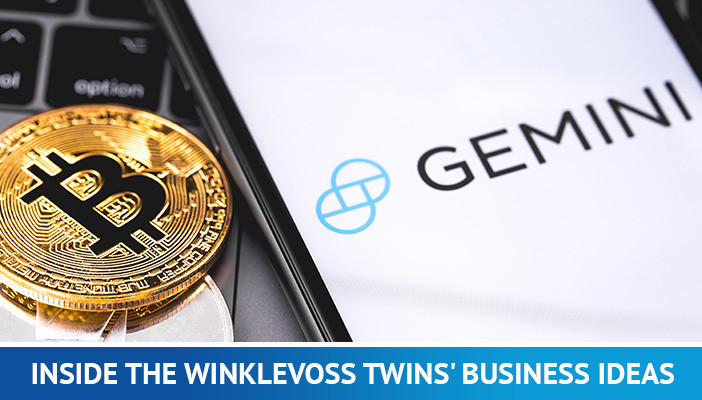 From an early age, the Winklevoss twins were interested in business.

At 13, they learned how to code HTML and started a business creating web pages for different companies. As young adults, they enrolled at Harvard in 2000.

The duo is also former Olympians competing in rowing in the 2008 Olympics. Cameron and Tyler were named the US Olympic rowing team and came 6th out of 14 teams.

The Winklevoss twins became famous when they sued Mark Zuckerberg for stealing their idea to create Facebook.

As you probably know, the film The Social Network (2010) loosely followed what happened. Of course, though, much of it was exaggerated for entertainment purposes.

Founded in 2002, the Winklevoss’s social network was called ConnectU and was very similar to Facebook, many believe that Zuckerberg stole their idea.

ConnectU was originally set up to be a site to connect former Harvard students and eventually other universities. It had much of the same functionality, such as private messaging and status updates.

The Winklevoss’s received $65 million in Facebook shares and cash from the court case, which suggests that it is very likely that some elements of Facebook were indeed stolen.

When Facebook went public in 2012, the value of their shares went up to $300 million.

The Winklevoss twins were early advocates of Bitcoin and started buying with the money they got from their Facebook settlement.

They first found out about Bitcoin in 2012 and started buying Bitcoin when it was only $8 or $9 per coin and they bought a large amount.

Cameron Winklevoss remembers turning to his brother Tyler and saying: “Hey, this is either the next big thing or total BS!”

Many criticised the pair saying it was a waste of money they had received from Facebook.

However, looking at how much Bitcoin has increased in price over the years, it is likely not the case.

Some estimates put their actual Bitcoin holdings to 120,000 coins and supposedly, they have spent virtually none of it.

Forbes places their wealth somewhere between $900 million and $1.1 billion each as of early 2018. 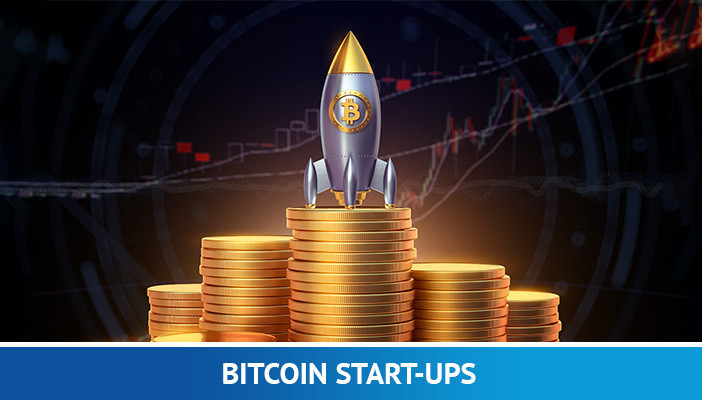 When the two first became interested in Bitcoin, they felt they had to decide; invest in solely in Bitcoin or Bitcoin businesses.

They decided to do both, but in the beginning, were more interested in investing directly in Bitcoin.

After selling their shares in Facebook, the twins opened Winklevoss Capital and so far have invested in over 70 companies.

Some have suggested that the reason the two got into Bitcoin is that no tech start-ups want to take their money as in fear of upsetting Facebook and Zuckerberg.

They needed something that worked outside this.

One of the most famous projects the Winklevoss twins invested in was BitInstant. It was one of the first Bitcoin exchanges, the second largest at the time after Mt. Gox.

It became one of the primary places people went to buy Bitcoin.

BitInstant was also invested in by Roger Ver and was run by Charlie Shrem and Erik Voorhees. All were hugely influential figures in cryptocurrency and the development of  Bitcoin.

However, things weren’t completely perfect at this point.

Charlie Shrem was involved with character by the name of ‘BTCking’, who was purchasing Bitcoin from him to sell to people to buy drugs on Silk Road.

The scandal was huge, brought down a lot of investigative pressure on Bitcoin and eventually the closure of BitInstant.

After the scandal, the Winklevoss twins played a crucial role in giving Bitcoin a good name.

They have always advocated regulation and saw early on that Bitcoin needed to be regulated when most people involved in cryptocurrency felt they could ignore this factor.

The twins knew Bitcoin was going to be big and there was no way it could survive without some regulation in place.

But they also wanted to be involved in how Bitcoin was regulated to ensure it didn’t lead to a dead-end.

Without proper regulation, it would likely be banned, but regulation that was too stiff would cease the industry in its tracks.

The Winklevoss twins were present at the Bitcoin Hearing in New York that took place in 2014 before the creation of the BitLicense.

The BitLicense was a license that companies in New York needed to have to handle cryptocurrency.

The creation of the BitLicense was for many businesses a bad thing and many left New York after. However, if the Winklevoss twins were not there to inform, it arguably could have been worse.

By 2017, a few years after the bill passed, the Winklevoss twins had become the first Bitcoin billionaires.

The closure of BitInstant didn’t stop the Winklevoss twins’ ambitions to create a Bitcoin exchange.

More recently they have been involved in Gemini, a New York-based exchange that is regulated by the BitLicense.

Currently, Gemini is the 80th largest cryptocurrency exchange in the world.

However, being regulated in New York makes it one of the few exchanges still operating with US traders who make up a significant portion of the cryptocurrency community.

In the years to come, it is likely to grow. 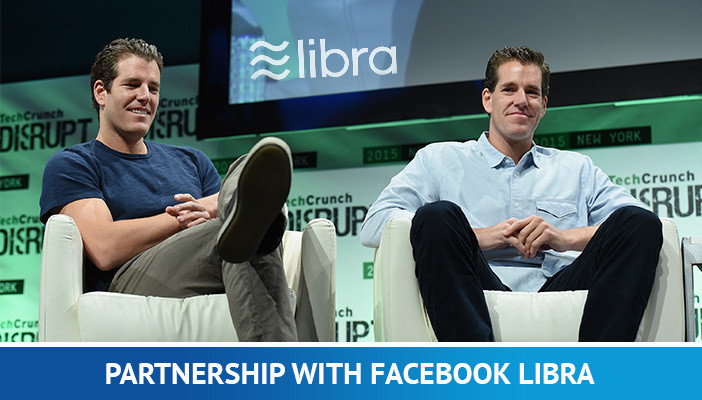 Perhaps it’s destiny, but it looks like the Winklevoss twins’ futures are ultimately tied to that of Mark Zuckerberg’s.

Since Facebook announced the Libra, it has been revealed that the team behind Libra have had talks with two major exchanges, one being Coinbase - the other being Gemini.

In recent interviews, the Winklevoss twins have said that they need to act as ‘frenemies’ with Zuckerberg.

Perhaps hinting that the duo will partner in some way with them on the Libra project.

Most likely this will be on the grounds of regulation, something Libra is likely to struggle with and the Winklevoss twins have mastered.

Should the Winklevoss Twins sell their Bitcoin?

Many have speculated that the twins should sell their Bitcoin holdings while the price is high (or at least high compared to when the first got involved).

It’s highly likely that Cameron and Tyler Winklevoss would disagree. Reportedly, they believe that until Bitcoin reaches the same valuation as gold, it is undervalued.

That would mean that Bitcoin would have to have a market cap of $7 trillion.

“Our thesis is that Bitcoin is gold 2.0 and so until it has a market cap of $7 trillion, which is the size of gold, it’s a very under-valued asset, so I think people are waking up to that.”

Bitcoin would need a more than 48 times increase in price which would be phenomenal. If the pair were to sell their Bitcoin at $7 trillion, it would be worth a tremendous amount.

But then again, it is highly likely that they won’t because if it does reach this valuation, it would probably replace all fiat currencies.

Patience is key to the Winklevoss strategy 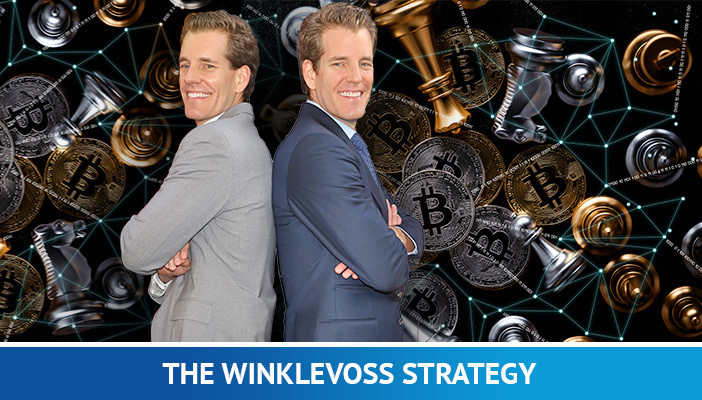 Their strategy is to hold and wait and they are not big spenders, reportedly only spending money on their homes and only one of the two has a car.

The Winklevoss’s position rejects the idea that Bitcoin is in a bubble which is supported by many critics.

This argument though is largely based on the idea that there are too many cryptocurrencies. It is likely that at some point a market crash may end up wiping out many of them.

It should also be mentioned that the Winklevoss twins are not only involved in Bitcoin. They also have holdings in Ripple and Ethereum, investing over $350 million in different coins.

Cryptocurrency traders should watch the Winklevoss twins closely. They are Bitcoin whales and if they were to decide to sell off their Bitcoin, it would likely have a big impact on the market.

Notable individuals that own more Bitcoin than the Winklevoss’s potentially include Craig Wright, who at one point may have had over 1 million Bitcoins and Satoshi Nakamoto, who, if still alive, also owns 1 million Bitcoins.