Ethereum Price Analysis: ETH Back Above $4000 After Strong Start To Current Session

The Ethereum price has started the ongoing session on a bullish note, as buyers pushed the price above $4000. ETH had dropped to $3879 going into the weekend but had recovered on Saturday, registering an increase of over 2% and settling at $3962. Sunday saw the price drop, as ETH fell by 0.95% to end the weekend on a bearish note. However, the price was back in the green on Monday, rising by 0.49%, before pushing above $4000 during the ongoing session.

The Ethereum price got off to a bullish start to the previous weekend, as it registered an increase of almost 5% on Saturday. The price continued to increase on Sunday, rising to $4134 after registering an increase of 1.13%. However, ETH fell back in the red on Monday as the price dropped by over 8% and settled at $3783. Despite the bearish start to the week, ETH was back in the green on Tuesday, rising by over 2% and settling at $3861. Wednesday saw ETH push above $4000, as the price increased by over 4% and settled at $4022. 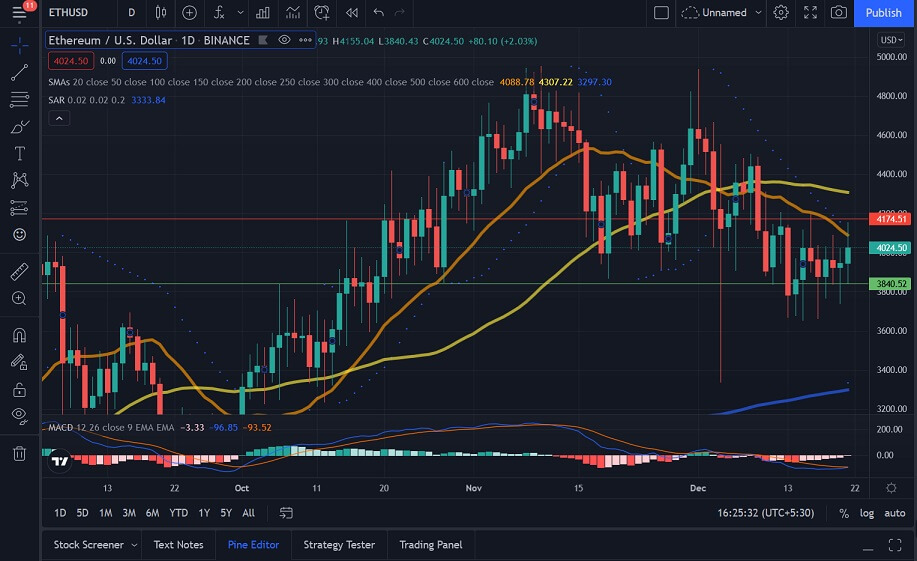 Looking at IntoTheBlock’s IOMAP for the Ethereum price, we can see that ETH faces strong resistance at around $4185. At this price level, over 1.3 million addresses have sold more than 12 million ETH.

We can see that the Parabolic SAR and MACD had both flipped to bullish, indicating that the price could push higher. 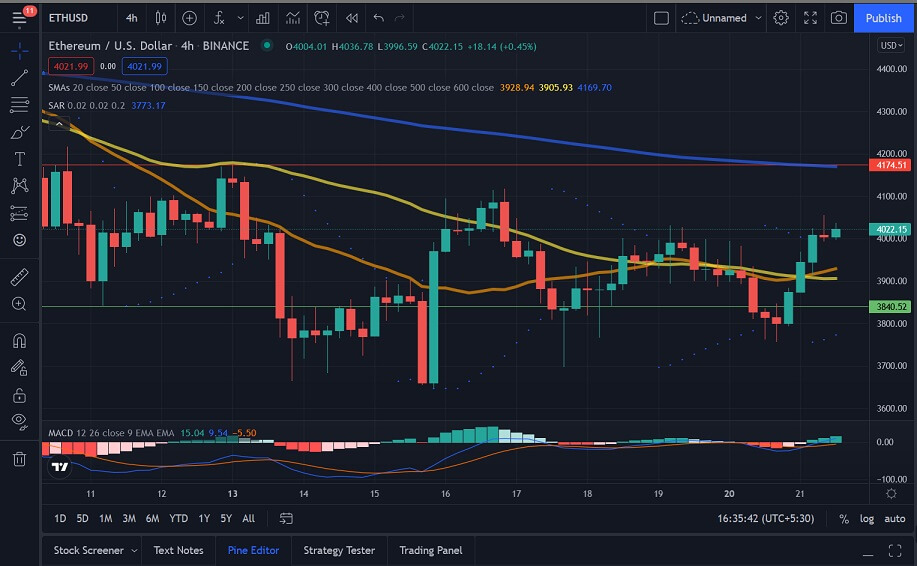 Anchor, a savings protocol that allows receiving low-volatile yields by depositing the UST algorithmic stablecoin, is the most popular protocol on the Terra network, with $7.14 billion worth of value locked.

Liquid staking protocol Lido and DEX Terraswap came in second and third places, respectively. Automatic market-making Astroport is also a billion-dollar protocol. Solana and Avalanche, two other popular smart contracts platforms, are lagging behind Terra and Binance Smart Chain with $11.92b and $11.84b in TVL, respectively.

While the broader cryptocurrency market is in the doldrums, LUNA, the native token of the Terra network, has soared 22% over the past week. With a market cap of over $27 billion, it remains the 9th biggest cryptocurrency by market capitalization.

Avalanche (AVAX) comes in a close 10th place. However, Decred (DCR), the native token of the hybrid blockchain of the same name, is currently stealing the show with a sudden 52.73% price spike that allowed it to re-enter the CoinMarketCap top 100.

Looking at the Ethereum price chart, we can see that ETH has pushed up considerably during the ongoing session. As things stand, ETH could settle above $4000, pushing to around $4050-$4100 by the end of the session.