The Ethereum price dropped during the ongoing session as sellers look to push ETH down to $4000. ETH had registered a significant increase on Thursday, pushing above the 20-day SMA and settling at $4112. However, the price fell back on Friday, dropping by 1.59% to $4047. However, with the 20-day SMA acting as support at this level, ETH pushed up over the weekend, rising to $4097 before falling back during the current session.

The Ethereum price went into the previous weekend on a fairly bearish note, dropping by nearly 2% on Friday. ETH was back in the green on Saturday, as the price rose by 2.11% and settled at $3964 before falling back on Sunday and ending the weekend on a bearish note. The price pushed up on Monday, rising by 0.45% and moving to $3944. Tuesday saw the price continue to increase, rising by nearly 2% and settling at $4019, before dropping back on Wednesday and settling at $3981. 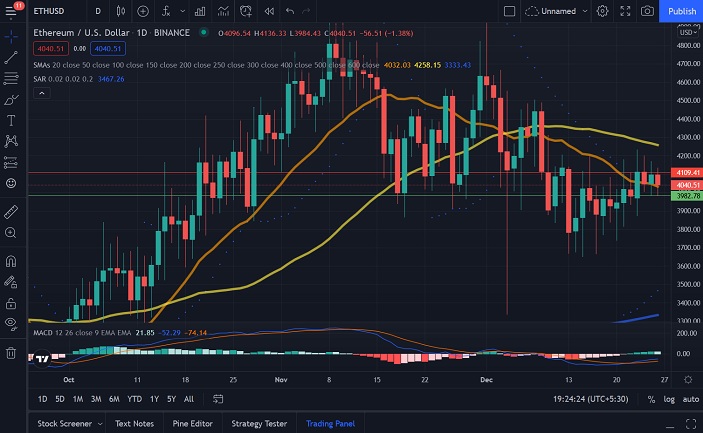 After dropping to $3981 on Wednesday, the Ethereum price made a strong recovery on Thursday, rising by over 3%, moving above the 20-day SMA and settling at $4112. However, the price fell back on Friday, dropping to $4047, but with the 20-day SMA acting as support at this level, the price recovered on Saturday, rising to $4097, before falling back during the ongoing session.

IntoTheBlock’s IOMAP for the Ethereum price shows us that ETH faces strong resistance at around $4104. At this price level, over 2.2 million addresses have sold more than 12 million ETH. 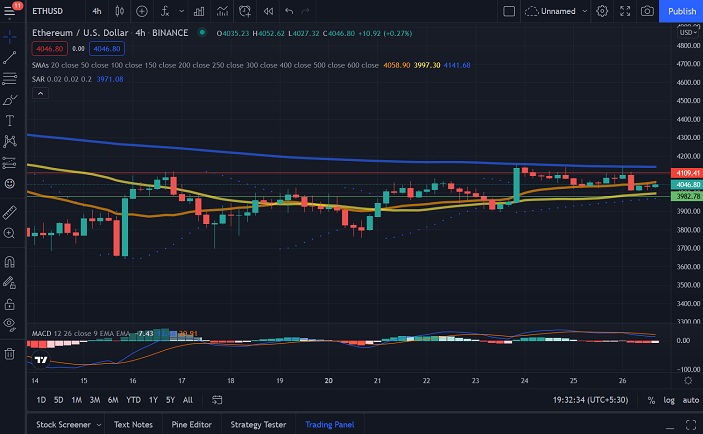 The Sandbox, a subsidiary of Animoca Brands, has announced that “PwC Hong Kong has acquired a LAND site in The Sandbox metaverse.” Animoca Brands and its various subsidiaries develop and publish a broad portfolio of blockchain games, traditional games, and other products, many of which are based on popular global brands, such as Formula 1, Disney, WWE, etc.

In August 2020, Binance Research described The Sandbox as:

“The Sandbox is a virtual world built on the Ethereum blockchain, where players can build, own, and monetize their gaming experiences… The SAND token is an ERC-20 utility token that is used for value transfers as well as staking and governance… Players can create digital assets in the form of Non-Fungible Tokens (NFTs), upload them to the marketplace, and integrate into games with Game Maker.“

The Sandbox team recently described SAND and LAND as:

“SAND is the utility token used throughout The Sandbox ecosystem as the basis for transactions and interactions. It is an ERC-20 utility token built on the Ethereum blockchain. There is a finite supply of 3,000,000,000 SAND.“

They noted that the Sandbox Metaverse comprises LANDS owned by players to create and monetize experiences. There will only ever be 166,464 LANDS available, which can be used to host games, build multiplayer experiences, create housing, or offer social experiences to the community.

Looking at the Ethereum price chart, we can see that ETH had dropped during the current session. If ETH can find support at this level thanks to the 20-day SMA, we could see ETH recover and rise to $4100. However, if sellers manage to pierce this level of support, we could see ETH drop to $4000.