The Ethereum price registered a recovery during the ongoing session, as buyers returned to the market and pushed ETH above $3100. ETH had registered a sharp drop on Friday, falling over 6% to $3196. The price continued to drop over the weekend, falling nearly 4% to $3081 on Saturday before registering a recovery on Sunday and rising to $3152. However, ETH fell back in the red on Monday, dropping by 2.16% to $3084, before recovering during the current session.

The Ethereum price started the previous week on a bearish note, dropping by 1.72% and settling at $3765. ETH recovered on Tuesday, registering a marginal increase of 0.52%, but fell back in the red on Wednesday, dropping by nearly 7% and falling to $3536. ETH remained in the red on Thursday as well, as the price dropped by 3.63% and settled at $3508. At this level, the 200-day SMA was acting as support. 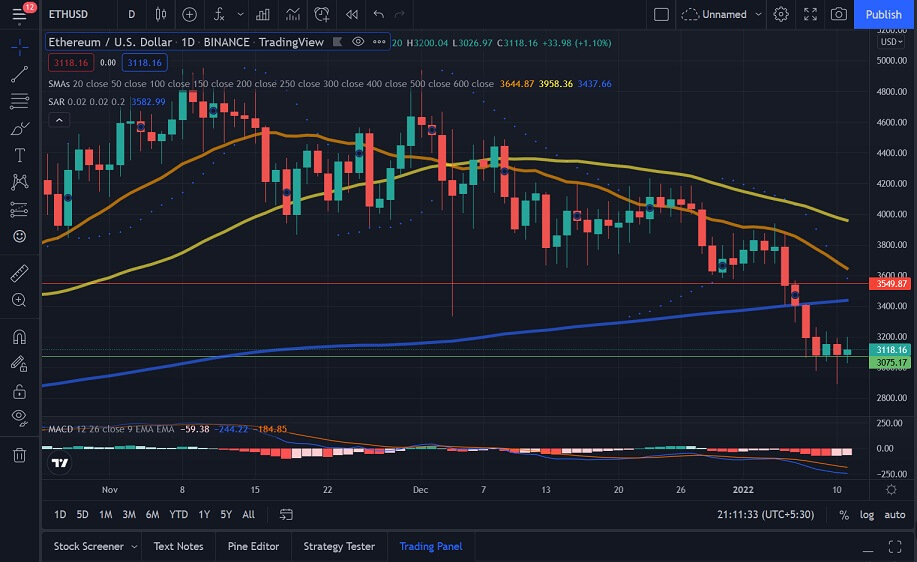 We can see that the MACD is currently bearish, but if ETH continues to push higher, we could see it flip to bullish. 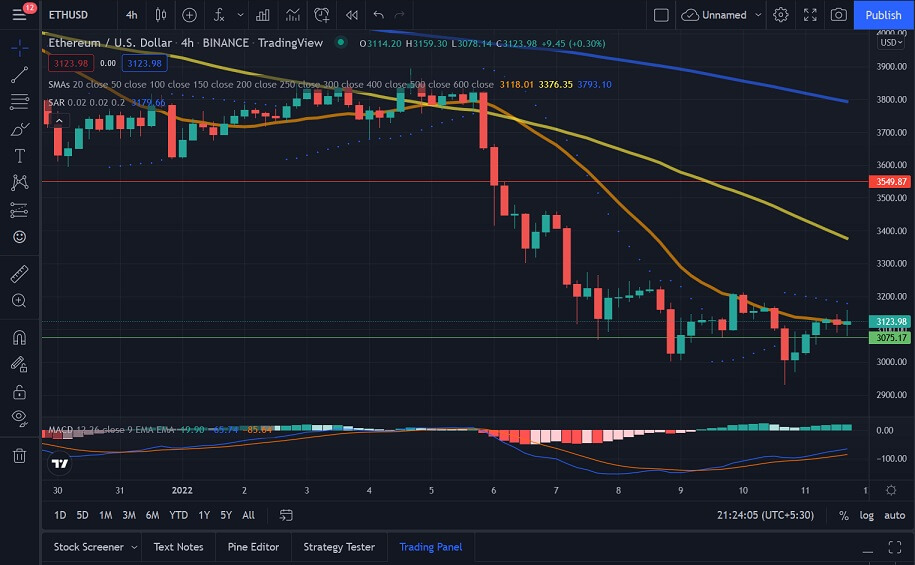 The PhantaBear NFT series, co-created by Jay Chou’s hipster brand PHANTACi, sold out its 10,000 algorithmically-created NFTs on January 1 within 40 minutes on its debut at 0.26 ETH (about $1,000 at the time) each, according to a company statement.

Over the past week, the NFTs’ trading volume reached over 17,194.22 ETH ($53.6 million), a 462+% jump from the week before, according to OpenSea data. Jay Chou shared a screenshot of PhantaBear’s OpenSea ranking and said:

In related news, NFTs have entered the world of US politics recently as Congressional candidates offer NFTs to help finance their campaigns in the mid-term elections. Democrat Shrina Kurani, who is running for a House seat in California, and Republican Blake Masters, who is vying for Senate in Arizona, have offered NFTs as incentives for donors.

Kurani, who claimed to be the first to offer NFTs, said she is doing so to seek support from the younger generation the way former President Trump used MAGA to raise millions in funds.

Looking at the Ethereum price chart, we can see that ETH has registered a fairly significant recovery during the current session. If the current sentiment persists, we could see ETH push to $3150.