The Ethereum price registered a marginal increase, as buyers looked to push the price back above $4000 during the current session. ETH had dropped significantly on Monday, as it fell by over 8% and settled at $3783. The price recovered on Tuesday, rising by over 2% and settling at $3862. Wednesday saw the price push on to $4012 after registering an increase of over 4% but then fell back to $3958 on Thursday. 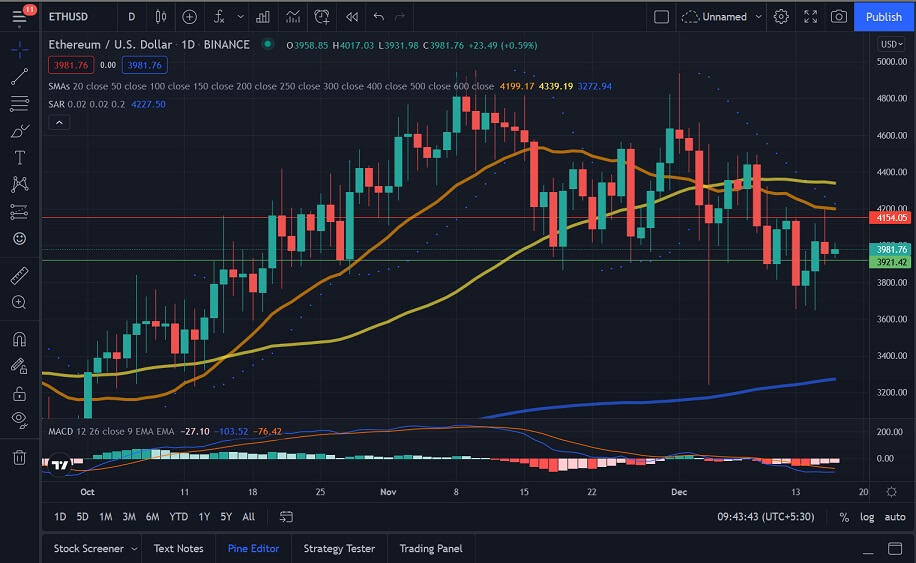 After dropping to $3902 on Friday, the Ethereum price made a strong recovery on Saturday, rising by almost 5% and moving to $4088. On Sunday, the price continued to push higher, rising by 1.12% and settling at $4133. However, the price fell back on Monday, as it dropped by over 8% and settled at $3783. Tuesday saw ETH recover, as it rose by 2.08% before another increase on Wednesday saw ETH rise to $4021. However, the price fell back again on Thursday, dropping to $3958, before pushing up during the current session.

Looking at IntoTheBlock’s IOMAP for the Ethereum price, we can see that ETH faces strong resistance at around $4155. At this price level, over 1.6 million addresses have sold more than 10 million ETH. 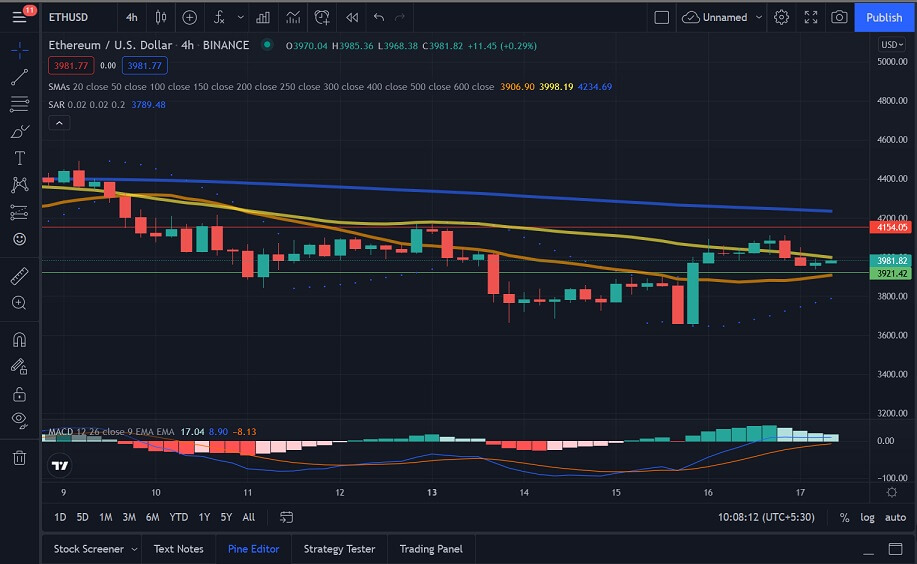 The Director of Digital Transformation at Microsoft, Yorke Rhodes, predicted that Ethereum would become the new app store by 2023. He argued that ETH has low fees while Apple’s AppStore has revenue sharing.

Rhodes thinks Ethereum will scale in the next two years, presumably through zk techs or the plasma-like rollups. The executive added that there is “no commerce lockin to Apple, no single point of control by one large corporate, and eth is distributed, decentralized, single sign in across apps with it also having payments, identity, & commerce in one.”

Rhodes' prediction appears to become a bit mainstream in the top echelons of Silicon Valley because of the metaverse. Many current web2 titans have pointed out that if they were building web2 now, they would incorporate crypto in their stack.

Many thus expect the new wave, the metaverse or web3, to have crypto somewhere in it. Ben Thompson, a former Microsoft employee, said:

“This is the type of role blockchains will fill: provide uniqueness and portability where necessary, in a way that makes it possible to not just live your life entirely online, but as many lives simultaneously as your might wish, locked in nowhere.”

In related news, billionaire investor Mark Cuban recently said that he likes Ethereum and expects new exciting apps to be built on its blockchain in 2022.

Looking at the Ethereum price chart, we can see that ETH has recovered during the current session. If the current sentiment persists, we can expect the price to push to $4000.