The Ethereum price significantly increased during the ongoing session, as buyers pushed the price above $4600. ETH had registered a sharp drop on Friday, as it fell to $4045, dropping by over 10%. The price recovered over the weekend as ETH rose to $4098 on Saturday. ETH rose further on Sunday, rising by almost 5%, moving above the 50-day SMA, and settled at $4298. On Monday, ETH continued to push up as the price moved above the 20-day SMA and settled at $4449. 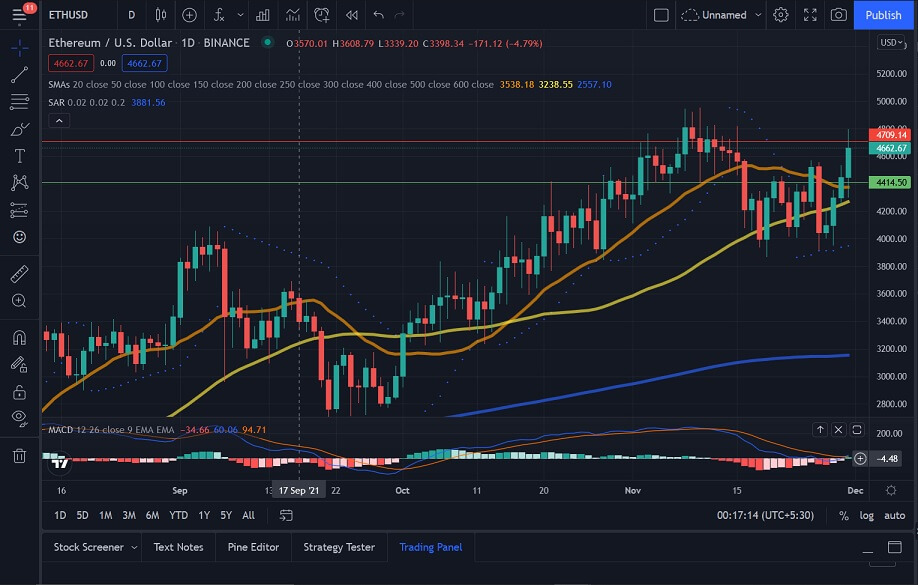 Looking at IntoTheBlock’s IOMAP for the Ethereum price, we can see that ETH has strong support at around $4412. At this price level, over 830,000 addresses have bought more than 9 million ETH.

Looking at the 4-hour Ethereum price chart, we can see that ETH had pushed up to $4524 on the 26th. However, the price turned bearish from this level, as it dropped to $3986, slipping below all three SMAs. ETH could only push up marginally from this level, rising to $4137 before dropping to $4027 on the 28th. The price pushed up from this level, as ETH pushed above the 20-bar and 50-bar SMAs to settle at $4354. The price could stay at this level for the next few sessions, thanks to the 50-bar SMA acting as support, before pushing above the 200-bar SMA on the 30th and rising to its current level of $4660. 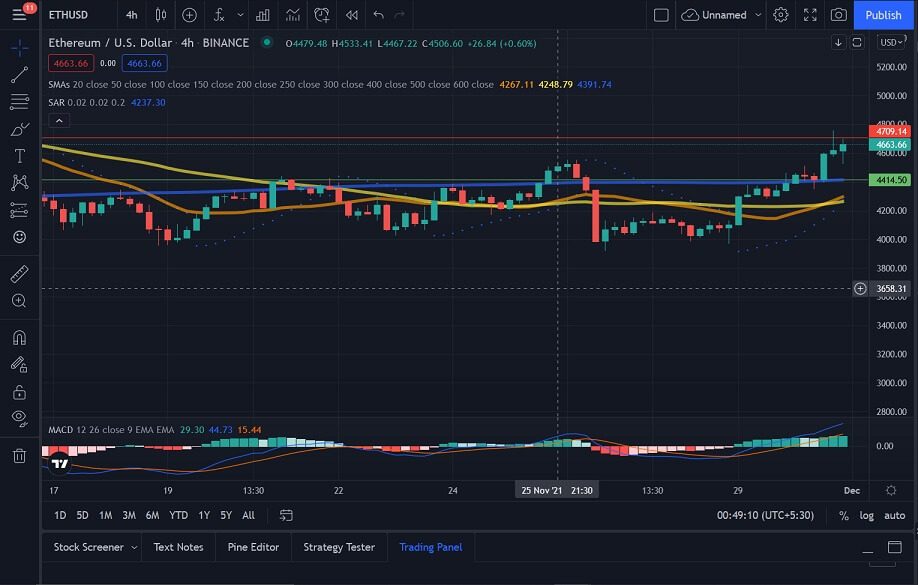 Looking at the Ethereum price chart, we can see that ETH has pushed up significantly during the ongoing session. If the current sentiment persists, we could see ETH move past $4700.