The Ethereum price fell back significantly during the ongoing session, as it slipped below $4000 for a brief moment. Currently, the price is down by over 3%, with sellers looking to push the price down further. ETH had started the weekend in the red, as the price dropped by over 5% on Friday. However, ETH recovered on Saturday, as the price rose by almost 5% and moved up to $4088. ETH pushed higher on Sunday, rising to $4133, before dropping during the ongoing session.

Ethereum Price Chart Indicates ETH Could Slip Back Below $4000

The Ethereum price started the previous weekend on an extremely bearish note, as the price dropped by over 2% on Saturday, dropping to $4125, before recovering and rising to $4202 on Sunday. On Monday, the Ethereum price continued to remain bullish, rising by 3.66%, pushing above the 20-day SMA and settling at $4356. With the 50-day SMA acting as resistance at this level, the price fell back on Tuesday, dropping by 1.06% and settling at $4310. The price pushed up on Wednesday, thanks to the 20-day SMA acting as support, moving above the 50-day SMA, and settling at $4441. 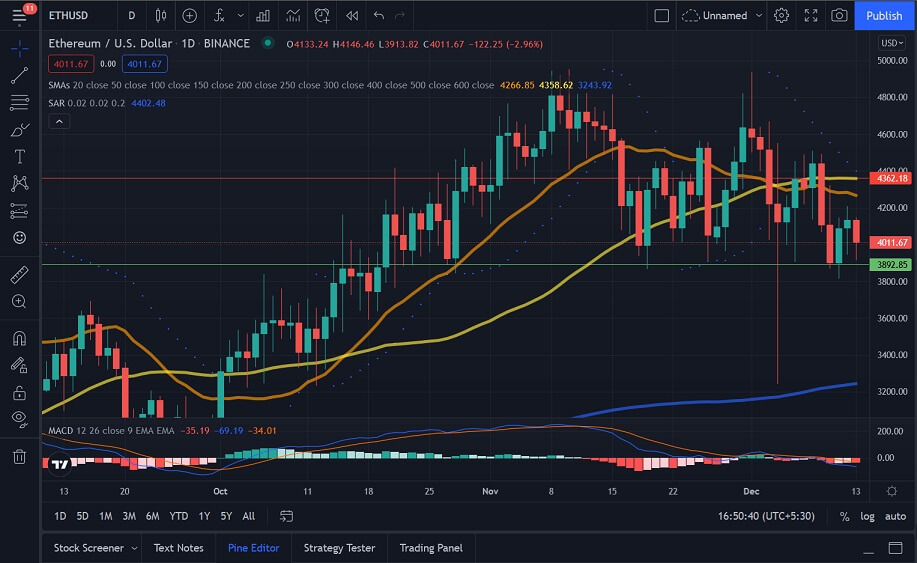 After rising to $4441 on Wednesday, the Ethereum price fell back on Thursday, registering a drastic fall of 7.50%, and slipping below the 20 and 50-day SMAs to settle at $4108. ETH continued to drop on Friday, falling by over 5% and slipping below $4000 to settle at $3902. However, ETH recovered on Saturday despite the bearish session, pushing up by 4.77% and settling at $4088. ETH continued to push higher on Sunday, rising by 1.12% and ending the weekend at $4133. However, the current session has seen a significant drop, as sellers look to drive the price below $4000.

Looking at IntoTheBlock’s IOMAP for the Ethereum price, we can see that ETH faces strong resistance at around $4362. At this price level, 1.8 million addresses have sold more than 10 million ETH.

We can see that the MACD has flipped to bullish, indicating that we could see the price rise. 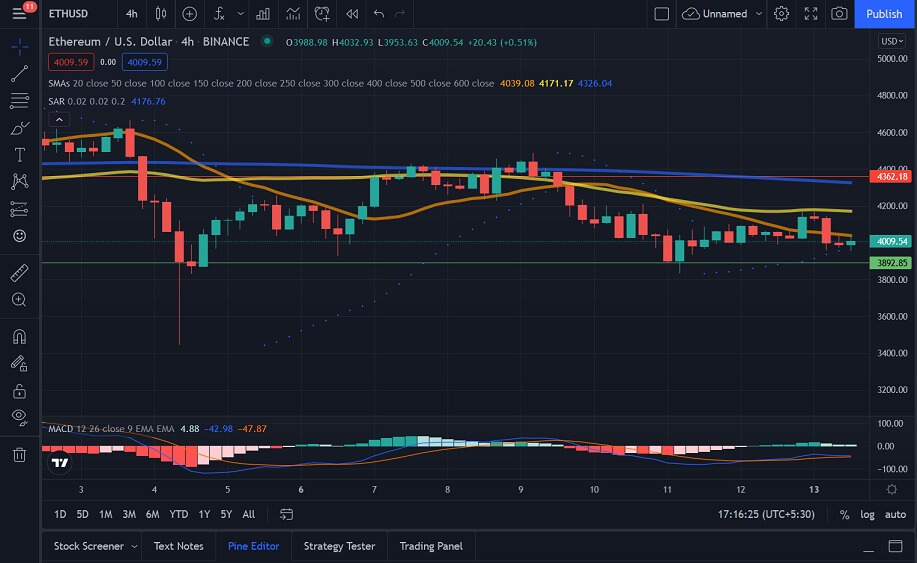 Ethereum layer two solution Polygon has unveiled a massive acquisition worth hundreds of millions of dollars to expand its repertoire of scaling technologies. In a new blog post, Polygon announced the acquisition of Mir, a startup focused on developing zero-knowledge (ZK) technology.

ZK-rollups are layer two solutions that bundle hundreds of transactions off-chain and produce cryptographic proof that is instantly verified by the main chain, resulting in a faster finality time.

With the acquisition of Mir and its recursive proof system Plonky2, MATIC hopes to improve the current ZK rollups compatible with ETH and create ones that work with the Ethereum Virtual Machine (EVM). The firm said:

“The existing recursive proof systems supported by Ethereum are inefficient and slow.

This ends today. We are announcing Plonky2, a recursive proof system that is incredibly fast, and Ethereum-friendly. We believe this engineering breakthrough will be a huge value-add to the community and will open new frontiers of Ethereum scaling.”

Polygon said that Mir has been working on recursive proofs for over two years and that Plonky2 has been shown to generate recursive proofs in 170 milliseconds on a laptop computer, which makes it ideal for building a ZK rollup compatible with EVM.

Joe Lubin: High Gas Fees Are A 'Measure of Success'

Along with its popularity, the gas fees on the Ethereum network have been on the rise too. That has periodically promoted fierce debates over the network's usability, giving Ethereum challengers like Solana, Avalanche, and Polkadot a chance to pitch themselves as cheaper, faster alternatives.

However, Ethereum co-founder Joe Lubin has waved off gas fee concerns. In an interview with Decrypt, Lubin said:

“High gas fees are a measure of success. They're a growth pain, they're something that can't be avoided. When a new technology becomes successful, it always has scaling issues. So whether it's CPU cycles, or screen real estate, or memory, you're basically going to have software engineers max out the capabilities of the technology. And it turns out we're seeing consumers max out the capabilities of the technology."

Lubin added that Ethereum 2.0 would help address transaction costs and energy use. He also had friendly words for Ethereum competitors, though he noted that those networks are not immune to rising gas fees.

"Those are both cool systems, by the way, Solana and Avalanche, and as they get more utilized by consumers, we're seeing transaction fees creep up to $1 and $2 for those technologies. Ethereum is going to be the blockchain of blockchains.”

"The barrier to entry is very low, so anybody will be able to do it."

Looking at the Ethereum price chart, ETH has dropped significantly during the ongoing session. If the current sentiment persists, we could see ETH slip below $4000.