The Ethereum price remained deep in bearish territory as sellers continued to push ETH down, with the price currently below $2700. ETH had registered a sharp drop on Thursday, falling by over 7% and settling at $2893. Friday saw the price continue to drop, as ETH fell to $2780 and then registered a marginal drop of 0.54% on Saturday. The current session sees ETH down by over 4% as bears continue to control the market.

The Ethereum price was in the red during the previous weekend, as it dropped by over 4% on Friday. ETH remained bearish over the weekend, registering a marginal drop on Saturday and then falling by nearly 3% on Sunday, ending the weekend at $2871. At this level, the 20-day SMA acted as support, and ETH was able to recover on Monday, rising by over 2% to $2930. On Tuesday, ETH registered a strong increase, surging by nearly 9%, pushing above the 50-day SMA and the $3000 level and moving to $3185. 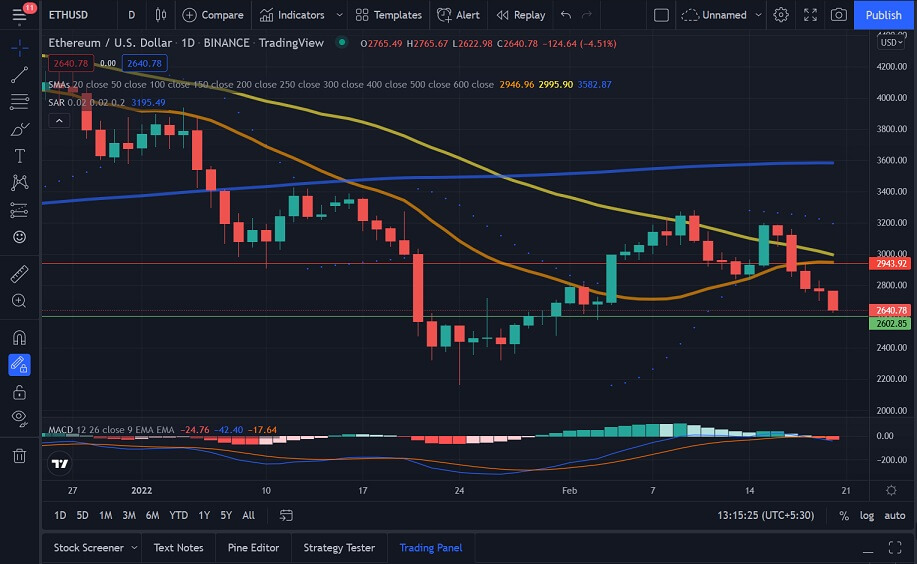 After registering an increase of almost 9% on Tuesday, the Ethereum price fell back in the red on Wednesday, dropping to $3123. Thursday saw ETH drop by over 7%, falling below the 50 and 20-day SMAs and settling at $2893. The bearish sentiment continued on Friday, dropping to $2780 before registering a marginal drop on Saturday and falling to $2765. The current session sees ETH down by over 4% as sellers look to push the price towards $2600.

Looking at IntoTheBlock’s IOMAP for the Ethereum price, we can see that ETH faces strong resistance at around $3000. At this price level, over 896,000 addresses have sold more than 2.8 million ETH.

We can see that the RSI shows ETH has dropped below the neutral zone, indicating that we could see the price recover. 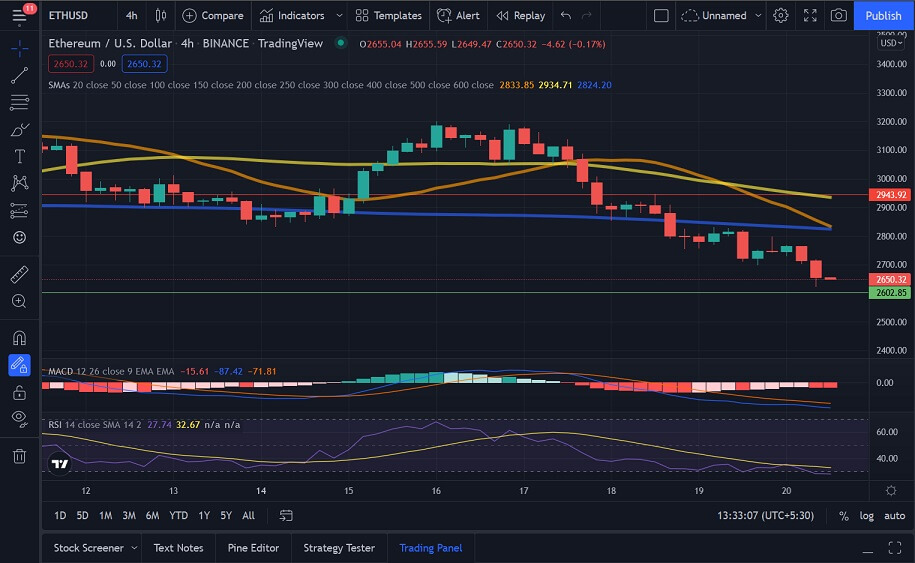 Major nonfungible token (NFT) marketplace OpenSea has reportedly fallen victim to an ongoing phishing attack within hours after announcing a week-long planned upgrade to delist inactive NFTs on the platform.

OpenSea recently announced a smart contract upgrade, which requires users to migrate their listed NFTs from Ethereum (ETH) blockchain to a new smart contract. As a direct result of the upgrade, users that do not migrate over from Ethereum risk losing their old, inactive listings — which currently require no gas fees for migration.

However, the urgency and short deadline opened up a small window of opportunity for hackers. Within hours after OpenSea’s upgrade announcement, reports across multiple sources emerged about an ongoing attack that targets the soon-to-be-delisted NFTs.

Further investigations revealed that attackers used phishing emails to steal the NFTs before they get migrated over OpenSea’s new smart contract. Once a user authorizes the NFT migration from the fraudulent email, the attackers access the NFTs.

"Though unconfirmed, the @opensea hack is most likely phishing. Users authorize the "migration" as instructed in the phishing email and the authorization unfortunately allows the hacker to steal the valuable NFTs..."

The team advised users to be wary of all communications from OpenSea and revoke all permissions about the migration to the new smart contract.

OpenSea co-founder and CEO Devin Finzer acknowledged the phishing attack while confirming that 32 users have lost NFTs so far. While the NFT marketplace is yet to decipher the ongoing attack, blockchain investigator Peckshield suspects a possible leak of user information (including email ids) that fuels the phishing attack.

However, Finzer has asked affected users to reach out to the company as he concluded:

“If you are concerned and want to protect yourself, you can un-approve access to your NFT collection.”

The Ethereum price chart shows us that ETH has been extremely bearish in recent sessions, as it slumped below $2700. If the current sentiment persists, we could see ETH drop to $2600 before seeing any recovery.

Will Ethereum Make Me Rich In Ten Years?

Is Ethereum The Future Of Blockchain Technology?