The Ethereum price continued to push higher as buyers remained in control, pushing past $3000 over the weekend. ETH has been quite bullish and had surged by over 11% on Friday, moving to $2996. The price continued to remain in the green over the weekend, rising by 0.62% on Saturday and then rising by 1.40% on Sunday to end the weekend at $3057. The current session sees ETH at $3086, with buyers looking to push ETH to $3100.

The Ethereum price was extremely bullish over the previous weekend and had registered an increase of nearly 5% on Friday. ETH continued to push higher over the weekend, reported an increase of over 2% on Saturday, and then registered a marginal increase on Sunday to push to $2605. Monday saw ETH remain bullish, rising by 3.22% to $2688 and then pushing up by nearly 4% on Tuesday, settling at $2789. At this level, the 20-day SMA was acting as resistance, and the price fell back on Wednesday, dropping by nearly 4% to $2680. 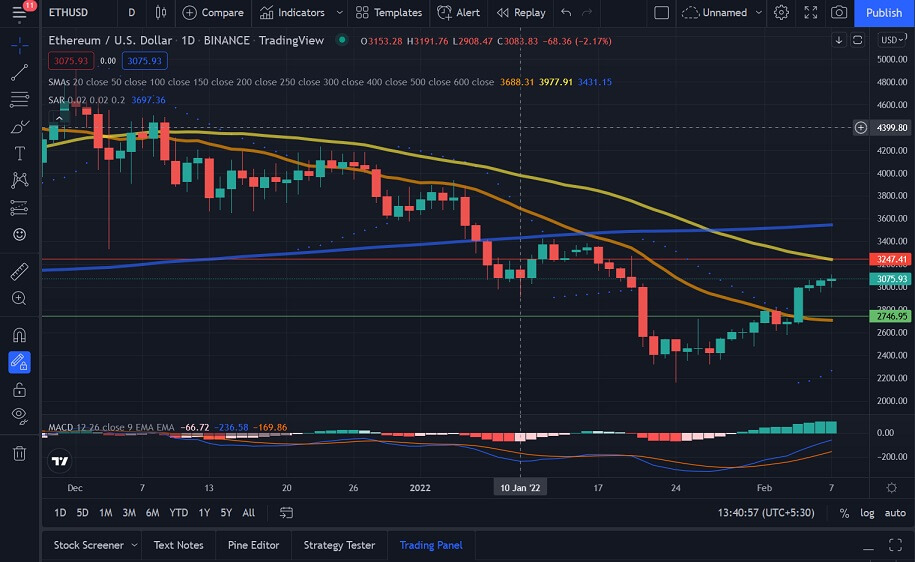 After dropping by nearly 4% on Wednesday, the Ethereum price registered a marginal recovery on Thursday, rising by 0.59%. Friday saw ETH register a significant increase, rising by over 11%, pushing past the 20-day SMA, and moving to $2996. ETH remained bullish over the weekend, pushing above $3000 on Saturday and then registering an increase of 1.40% on Sunday to end the weekend at $3057. The current session sees ETH at $3080, as buyers look to push the price to $3100.

IntoTheBlock’s IOMAP for the Ethereum price shows us that ETH has strong support at around $2747. At this price level, over 855,000 addresses have bought more than 9.8 million ETH.

We can see that the MACD has flipped to bearish, indicating that we could see the price drop. 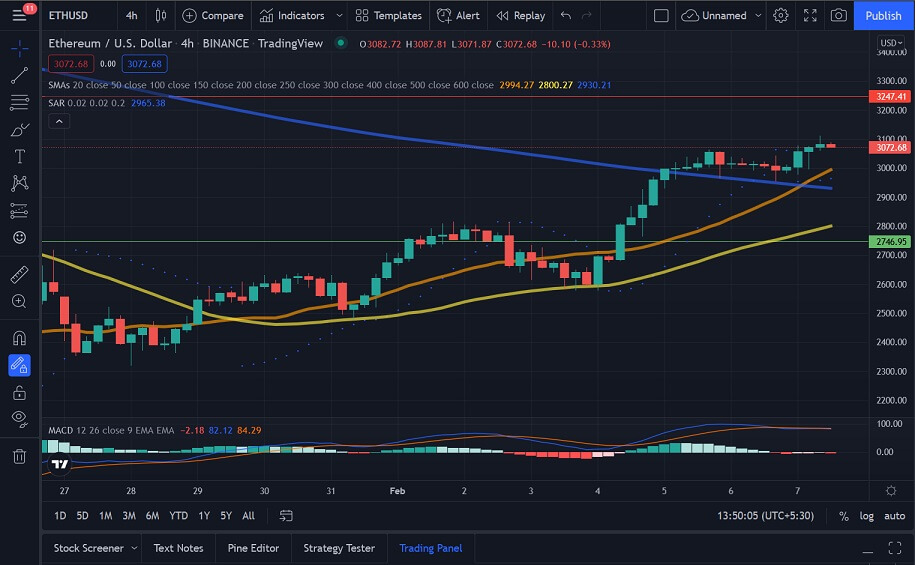 Last year, Propy sold TechCrunch founder Michael Arrington’s apartment in Kiev as an NFT, making this Florida addition development in the beginning stages of how NFTs can be used for real-world transactions.

Leslie Alessandra, the current owner of the property and founder of Tampa Bay blockchain company DeFi Unlimited, said she chose to list the home as an NFT to showcase the use of the evolving technology. In this case, the NFT would represent the digital rights to the property, similar to the physical deed.

The NFT will serve as the legal LLC, allowing Gulfport home’s property rights and ownership documents to properly be protected. In an interview with the Tampa Bay Times, Alessandra said:

“Is this just hype or is there a real-world application? (The auction) is really to stimulate conversation.”

According to Alessandra, once minted, the property rights for the Gulfport home will also have a mural from a local artist attached to it, which will serve as an additional NFT.

Artist Derek Donnelly, known as Saint Pete, will create an indoor mural on one of the property’s exposed brick walls as part of the auction, lending favour to Tampa Bay one day immortalizing street art similar to his.

Looking at the Ethereum price chart, we can see that ETH has been extremely bullish over the past few sessions. If the current sentiment persists, we could see ETH push to $3100. However, if sellers manage to push the price down, ETH could drop to $3000.