Ethereum Price Prediction: ETH Drops Below $3200 As Sellers Return To The Market

The Ethereum price fell back during the ongoing session, as sellers pushed ETH below the $3200 level. ETH had started the week on a fairly positive note, rising by nearly 3% on Monday and settling at $3141. However, the price fell back on Tuesday, registering a marginal drop of 0.65%. ETH could recover on Wednesday, as the price pushed above the 50-day SMA before dropping back during the current session.

The Ethereum price started the previous week on a fairly positive note, rising by over 3% on Monday. ETH continued to push higher on Tuesday, rising by nearly 4% and pushing up to $2789. At this level, the 20-day SMA was acting as resistance, and ETH fell back, dropping by 3.91% on Wednesday and falling to $2680. ETH recovered on Thursday, registering a marginal recovery and then surging by over 11% on Friday, pushing above the 20-day SMA and rising to $2996. 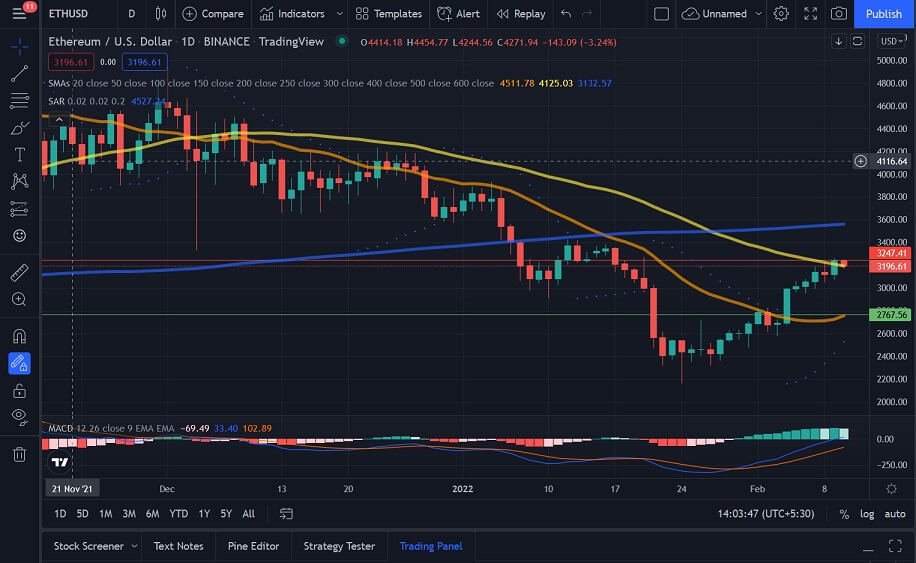 The Ethereum price remained in the green over the weekend, pushing up by 0.62% on Saturday and then rising by 1.40% on Sunday to end the weekend at $3057. Monday saw the bullish sentiment persist, as LINK rose by nearly 3%, rising to $3141, before registering a marginal drop on Tuesday and falling to $3121. ETH recovered on Wednesday, rising by nearly 4%, pushing above the 50-day SMA and rising to $3242, before dropping back during the ongoing session.

Looking at IntoTheBlock’s IOMAP for the Ethereum price, we can see that ETH has strong support at around $2751. At this price level, over 774,000 addresses have bought more than 9.7 million ETH. 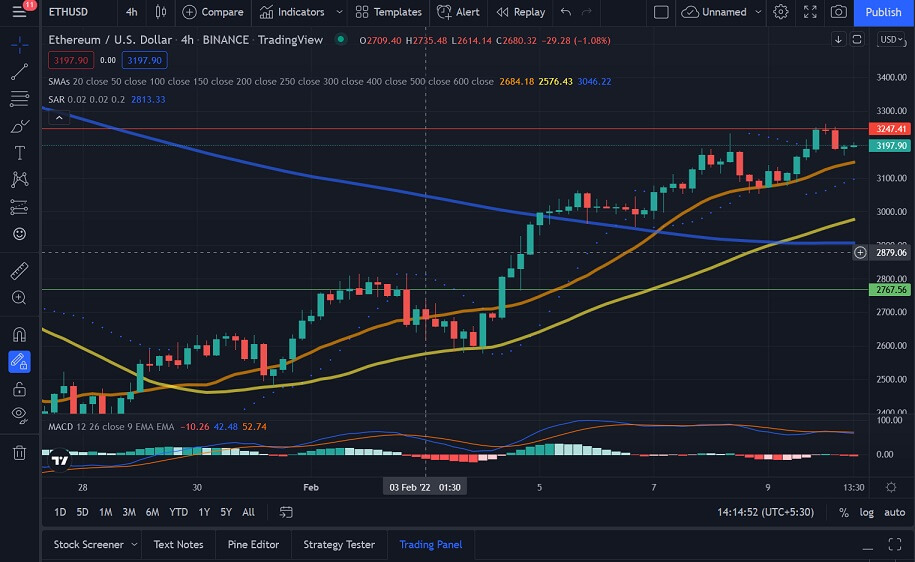