The Ethereum price fell back considerably during the ongoing session, with ETH coming dangerously close to slipping below the $2500 level once again. ETH had dropped by 1.54% on Thursday, falling to $2426, before making a strong recovery on Friday, rising by nearly 5% and moving to $2547. The weekend saw ETH maintain its upward trend, as the price rose to $2602 on Saturday, before registering another marginal increase on Sunday to end the weekend on a positive note at $2605.

The Ethereum price was extremely bearish over the previous weekend, starting with a massive drop of over 14% on Friday. Saturday saw ETH remain in the red, dropping by over 6% and settling at $2411. Despite the bearish sentiment, ETH registered a strong recovery on Sunday, rising by over 5% and ending the weekend at $2541. ETH fell back in the red on Monday, dropping by nearly 4%, before recovering on Tuesday, rising by 0.72% and settling at $2460. ETH managed to remain in the green on Wednesday after registering a marginal increase of 0.18% after a fairly bearish session. 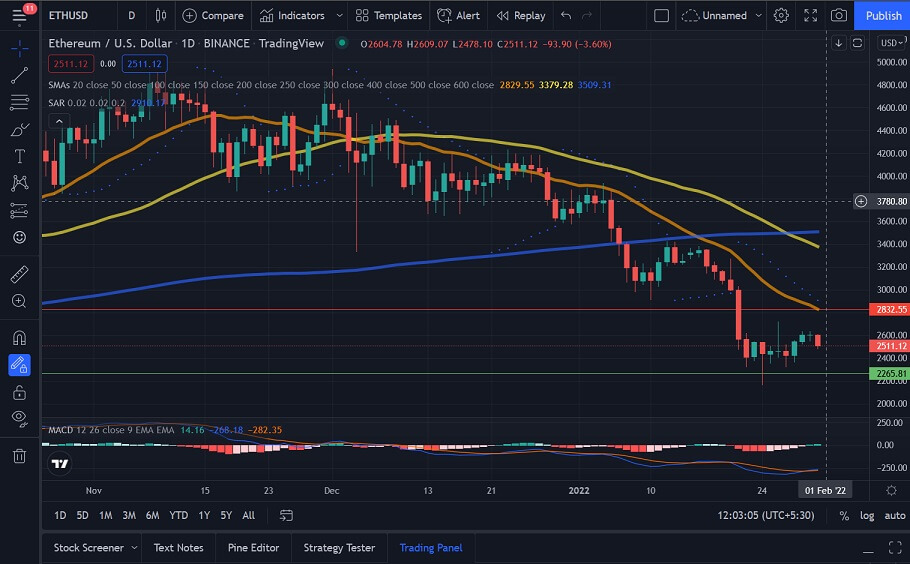 After registering a marginal increase on Wednesday, the Ethereum price fell back on Thursday, dropping by 1.54% and falling to $2426. However, ETH made a strong recovery on Friday, rising by nearly 5% and moving above $2500, rising to $2547. The weekend saw ETH remain in the green, as the price rose by over 2% on Saturday, pushing above $2600, before a marginal increase on Sunday saw ETH push up to $2605. However, the current session has seen ETH fall back significantly, as sellers drove the price down close to $2500.

We can see that the MACD is currently bullish, indicating that we could see ETH recover from its current level.

We can see that the MACD has flipped to bearish, indicating that we could see the price drop. 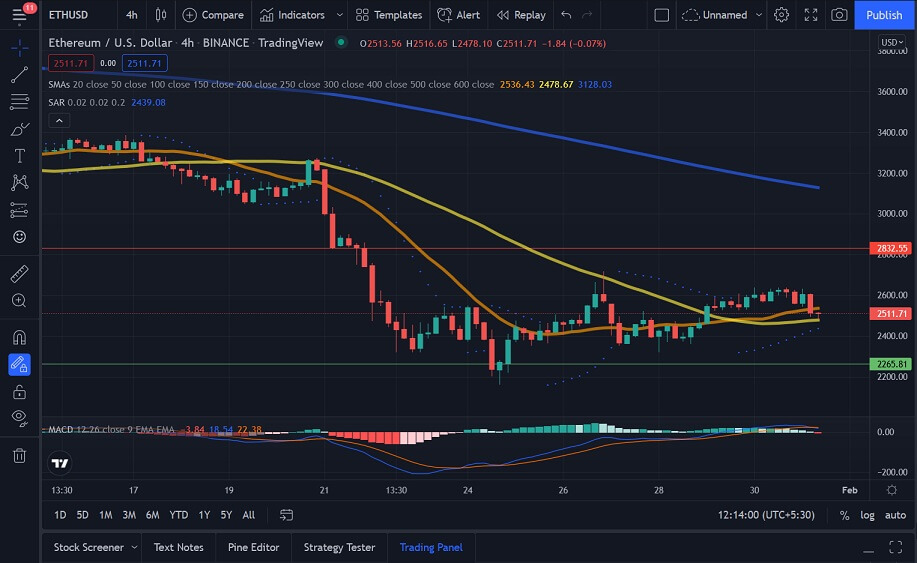 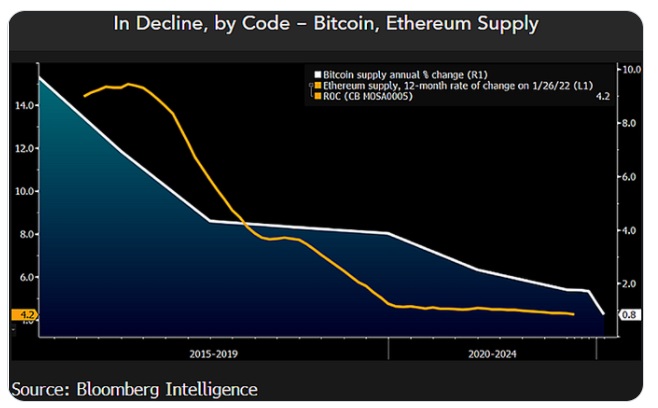 "#Bitcoin and #Ethereum remain in early adoption days, with increasing demand vs. declining supply and related price implications. Our bias is why complicate it -- unless something unlikely reverses the proliferation of the nascent technology, prices should rise over time."

He expects the two largest cryptocurrencies to continue appreciating due to supply-demand dynamics. McGlone believes that only a black swan even will be able to stop the proliferation of these cryptocurrencies.

Earlier this month, the analyst doubled down on his prediction that Bitcoin and Ethereum would reach $100,000 and $5,000, respectively, by the end of 2022. In December, McGlone predicted that Bitcoin would outperform the U.S. stock market.

He expects Solana and Binance Coin (BNB) to stick around in the top five alongside Bitcoin, Ethereum, and Tether. At the same time, McGlone has been highly critical of Dogecoin and Shiba Inu. He recently said that the market had to be cleansed of such meme coins for the blue chips to thrive.

The inflation-weary U.S. Federal Reserve is seen as the biggest hindrance for cryptocurrency bulls. As reported by U.Today, Goldman Sachs recently said that Bitcoin was more vulnerable than ever to future interest rate hikes because it now tends to trade in lockstep with traditional financial assets.

In his research note published in early January, McGlone wrote that $30,000 might become the new $3,000 level for Bitcoin, referring to the crash that took place in December 2018.

The Ethereum price chart shows us that ETH has registered a fairly significant fall during the ongoing session. We could see ETH recover from around the $2500 level, but if sellers manage to pierce this level, we could see ETH drop towards $2400.