Ethereum Price Prediction: ETH Fails To Push Past $4100 As ETH Slips On Sunday

The Ethereum price registered a marginal drop during the ongoing session, as the price fell marginally. ETH had fallen significantly towards the end of the week, falling by 7.50% on Thursday, slipping below the 20 and 50-day SMAs to $4108. ETH continued to drop on Friday, slipping below $4000 and settling at $3902, before the price recovered on Saturday and moved back up to $4088.

The Ethereum price was extremely bearish heading into the previous weekend, as the price dropped by 6.54% on Friday, slipping below the 20 and 50-bar SMA. Saturday saw a further drop, with ETH falling to $4125, before recovering on Sunday and rising to $4202. On Monday, ETH continued to push up from this level, rising by 3.66%, moving above the 20-day SMA, and settling at $4356. With the 50-day SMA acting as resistance, ETH dropped on Tuesday, falling by 1.06$ and settling at $4310, where the 20-day SMA acted as support. 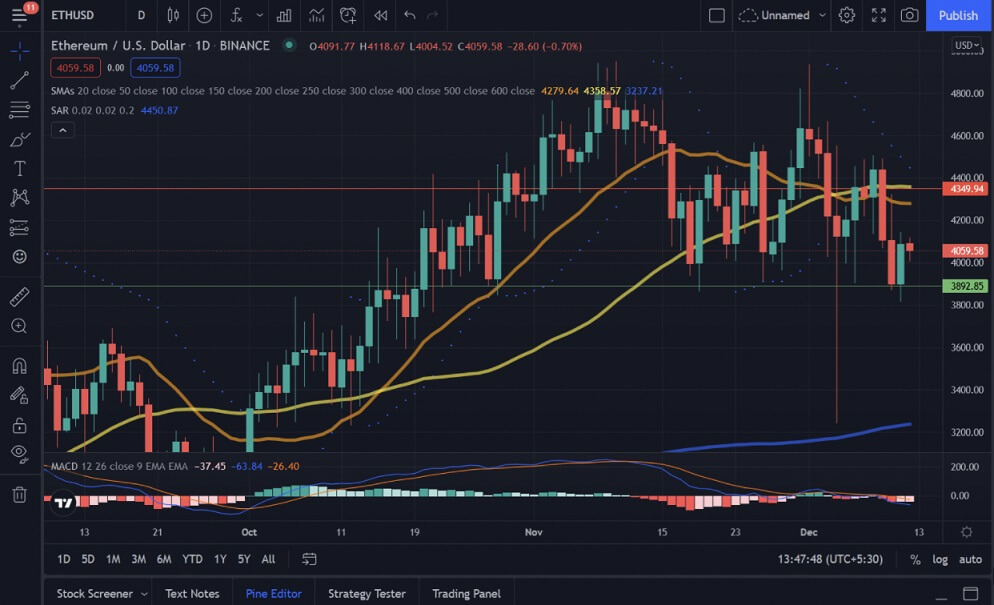 Looking at IntoTheBlock’s IOMAP for the Ethereum price, we can see that ETH faces strong resistance at around $4354. At this price level, over 1.60 addresses have sold more than 11 million ETH. 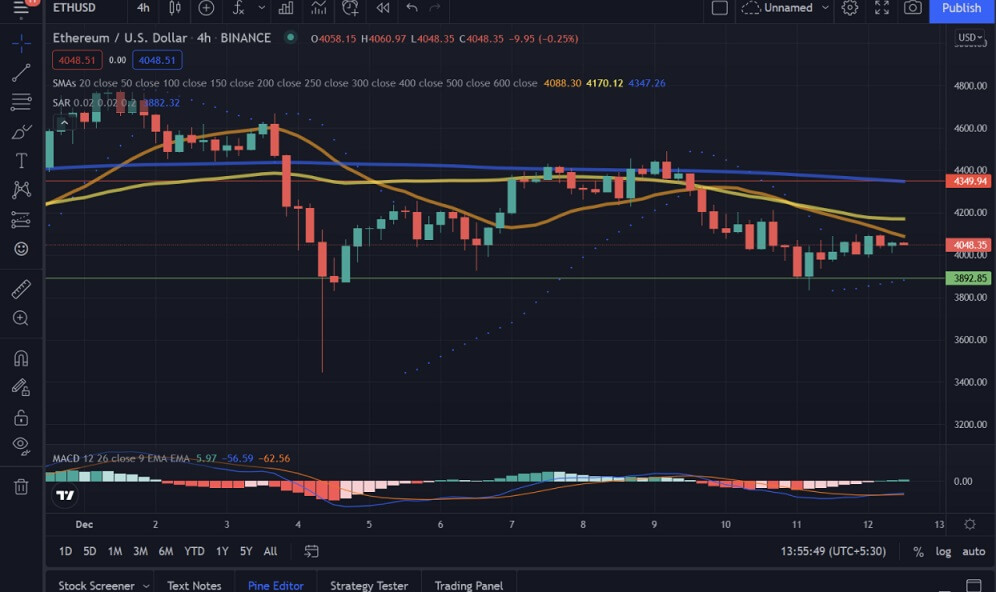 Looking at the Ethereum price chart, we can see that ETH has dropped during the ongoing session. If the current sentiment persists, we could see ETH drop to $4000 before recovering.