The Ethereum price dropped marginally during the ongoing session as sellers took control of the ongoing session, preventing ETH from pushing to $2800. ETH has been quite bullish in recent sessions and had ended the weekend on a fairly positive note and settling at $2605 on Sunday. Monday saw ETH continue to push higher, rising over 3% and moving to $2688, before pushing up further on Tuesday, rising by nearly 4% and moving to $2789, where the 20-day SMA acted as resistance, pushing the price down during the current session.

The Ethereum price got off to a bearish start to the previous weekend, as ETH dropped by over 6% on Saturday. ETH registered a recovery on Sunday, rising by over 5% and ending the weekend at $2541. Monday saw ETH fall back in the red, dropping by nearly 4% and settling at $2442, before pushing up on Tuesday, rising by 0.72% and settling at $2460. Wednesday saw ETH remain in the green, registering a marginal increase after a highly volatile session, before dropping back on Thursday, dropping by 1.54% to $2426. Friday saw ETH back in the green, as the price rose by nearly 5% and moved to $2547. 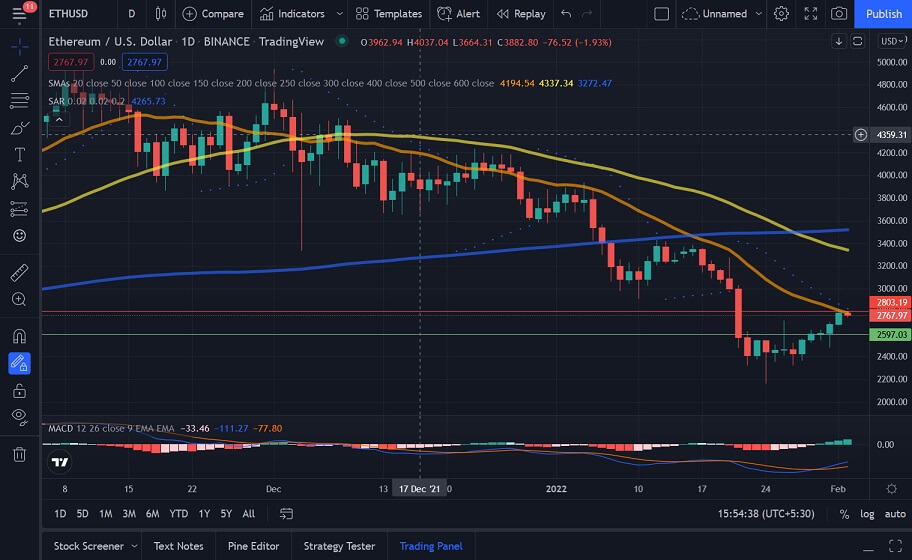 The Ethereum price continued to remain bullish over the weekend, rising by over 2% on Saturday and then registering a marginal increase on Sunday to end the weekend at $2605. Monday saw ETH continue to push higher, rising by over 3% and moving to $2688, and then rising by nearly 4% on Tuesday and moving to $2789, where the 20-day SMA acted as resistance. As a result, ETH fell back during the ongoing session, failing to push to $2800.

Looking at IntoTheBlock’s IOMAP for the Ethereum price, we can see that ETH faces strong resistance at around $2801. At this price level, over 248,000 addresses have sold more than 8.8 million ETH. 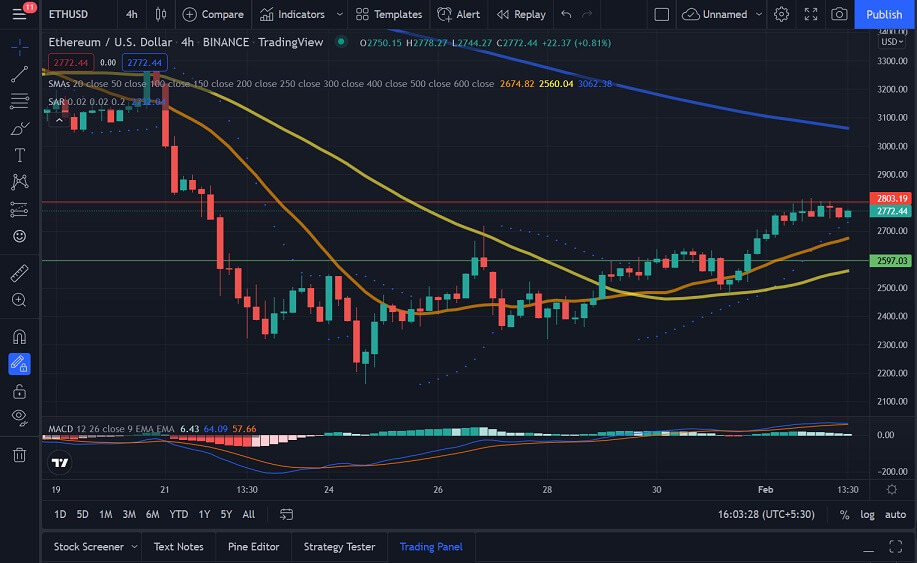 Coachella Sells Lifetime Tickets To The Famous Festival As NFTs

The organizers of the Coachella music festival announced their entry into the NFT world with Coachella Collectibles. It is a collection of non-fungible tokens which will be redeemable for physical items and “passes for life” to the annual festival in California.

“Find your one-of-a-kind Coachella Key, and unlock lifetime festival passes and unique on-site experiences for 2022 like on-stage access, dinner in the Rose Garden and more..”

The organizers say that the NFT collection is a collaboration with FTX US. Three pieces (of 10) collectibles will be launched tomorrow. These will allow their owners “tickets for life” and access to virtual experiences that are part of future festivals.

The site emphasizes that the NFTs also include benefits for the 2022 festival, such as front-row access, luxury camping accommodation for life, and even dinner with a celebrity chef from the Rose Garden site.

There are also NFTs of collectible festival posters available, designed by artist Emek. Organizers will also launch the “Sights and Sounds” collection, which would be limited to 10,000 less-exclusive NFTs. Each NFT will cost $60 and provide buyers with 10 different combinations of photos and sound passages.

The festival promised that an unspecified portion of the sales would be donated to charity organizations. Coachella isn’t the only festival to launch its NFT collection. In 2021, Lollapalooza released an NFT collection featuring various tour posters from 1991 and 1993.

Looking at the Ethereum price chart, we can see that ETH has been extremely bullish during recent sessions. However, the current session has seen a marginal drop in price, with the 20-day SMA acting as resistance. If the current sentiment persists, we could see ETH drop towards $2700 before recovering.