The Ethereum price has registered a fairly strong recovery during the ongoing session, as buyers pushed ETH above $2500. ETH is currently up over 3%, with buyers in control of the session. ETH had ended the weekend on a fairly positive note, registering an increase of over 5% and settling at $2541. However, Monday saw ETH back in the red, as it slipped below $2500 and settled at $2442. ETH registered a marginal recovery on Tuesday before pushing above $2500 during the current session.

Ethereum Price Chart Indicates ETH Could Look To Move Towards $2600

The Ethereum price started the previous week on an extremely bearish note, registering a drop of over 4% on Monday and falling to $3212. The price continued to drop on Tuesday, falling by 1.61% and then reporting a drop of 2.39% on Wednesday to fall to $3085. ETH remained in the red on Thursday as well, falling by nearly 3% and settling at $3000. Friday saw the bearish sentiment intensify, as ETH dropped by over 14% and settled at $2569. 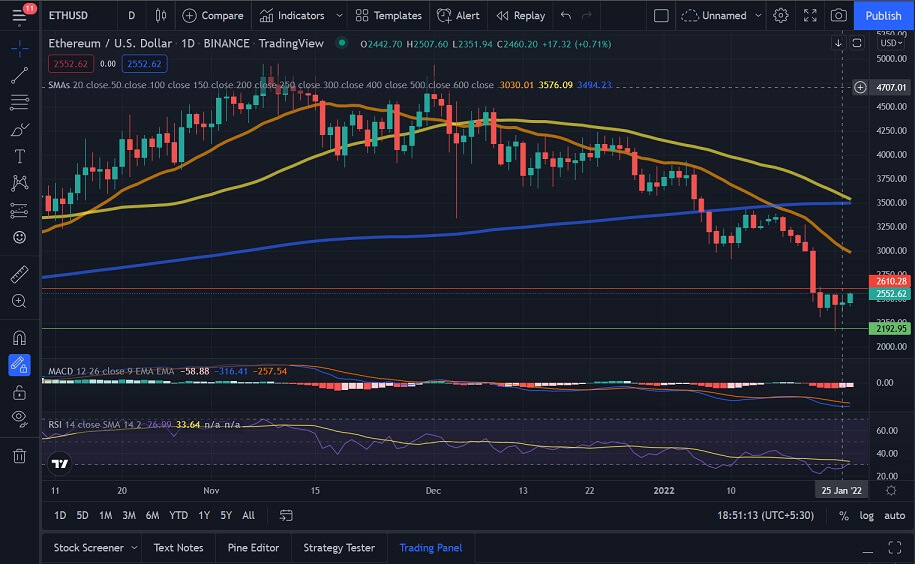 The Ethereum price remained in the red on Saturday, falling by over 6% and settling at $2413. Despite the bearish sentiment, ETH was able to register a significant recovery on Sunday, rising by 5.34% and settling at $2541. However, ETH was back in the red on Monday, as the price dropped by nearly 4% to $2442. ETH registered a marginal recovery on Tuesday, moving to $2460 and then pushing above the $2500 level during the ongoing session.

We can see that the RSI had dipped below the neutral level, indicating the “buy” signal, which could have contributed to the recovery. Whether ETH can sustain this recovery remains to be seen.

IntoTheBlock’s IOMAP for the Ethereum price shows us that ETH has strong support at around $2187. At this price level, over 443,000 addresses have bought more than 10 million ETH. 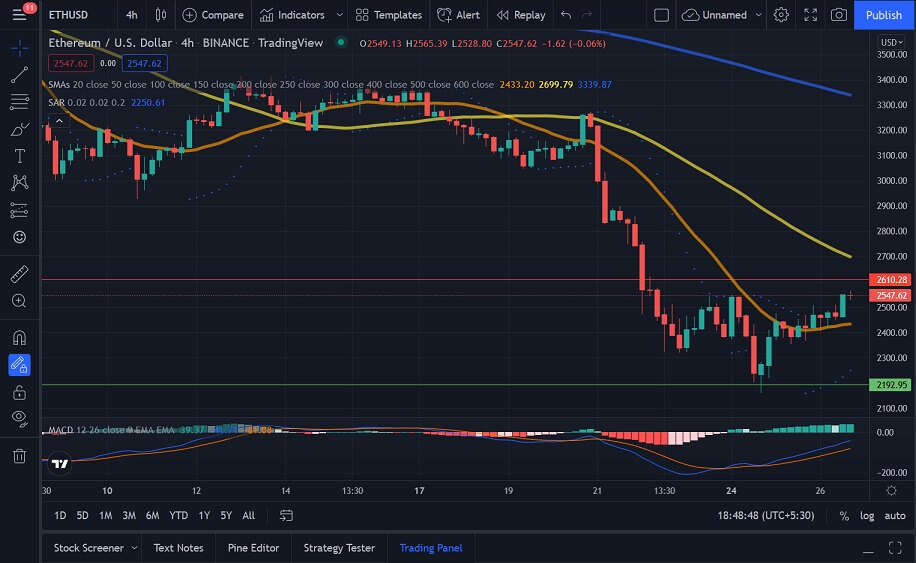 Eth2 Is No More After Ethereum Foundation Ditches Name In Rebrand

The Ethereum Foundation has removed all references to “Eth1” and “Eth2” in favour of calling the original blockchain the “execution layer” and the upgraded proof-of-stake (PoS) chain the “consensus layer.”

Ethereum’s long-awaited transition from a proof-of-work mining model to a PoS consensus mechanism is expected to go live in either the second or third quarter of this year. Announcing the change, the foundation cited several rationales, including a “broken mental model for new users,” scam prevention, inclusivity and staking clarity.

In a recent blog post, the Ethereum Foundation noted that the branding of Eth2 failed to concisely capture what was happening to the network via its series of upgrades. The post reads:

“One major problem with the Eth2 branding is that it creates a broken mental model for new users of Ethereum. They intuitively think that Eth1 comes first and Eth2 comes after. Or that Eth1 ceases to exist once Eth2 exists.”

“Neither of these is true. By removing Eth2 terminology, we save all future users from navigating this confusing mental model.”

Under the new terminology, the combination of the execution layer (Eth1) and the consensus layer (Eth2) will be labeled as Ethereum, while individual features such as the Beacon Chain, merge, and sharded chains are now referred to as “upgrades.”

The foundation also stated that the rebranding of Eth2 would help “bring clarity to eliminate” scams in which malicious actors dupe victims — unaware that their Ether will automatically switch to Eth2 following the merge — into swapping ETH for fake “ETH2” tokens.

Looking at the Ethereum price chart, we can see that ETH has made a fairly significant recovery during the ongoing session. If the current sentiment persists, we could see ETH push to $2600.