Ethereum Price Prediction: ETH Sees Red As It Slumps Below $2500

Ethereum Price Chart Indicates ETH Could Push Back Above $2500 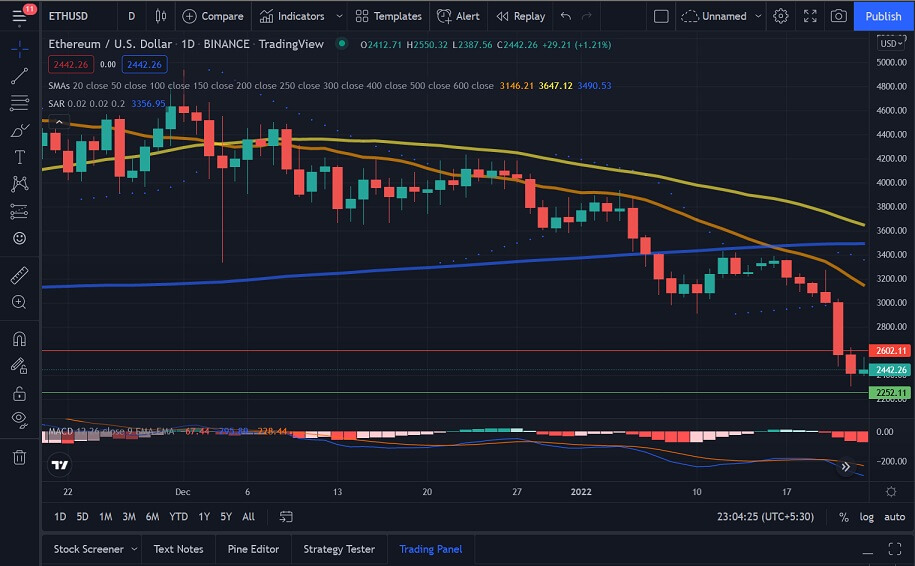 The Ethereum price remained in the red on Wednesday, dropping by 2.39% and settling at $3085. On Thursday, the price dropped to $3000 after falling by 2.75%. Friday saw ETH fall off a cliff, dropping over 14% and falling to $2569. The weekend started on a bearish note, as ETH slipped below $2500 on Saturday, dropping over 6% to $2413, before posting a marginal recovery during the ongoing session.

Looking at the Ethereum price chart, we can see that ETH has strong support at around $2252. At this price level, over 400,000 addresses have bought more than 9.7 million ETH.

We can see that the MACD has just flipped to bullish, indicating that we could see the price recover. 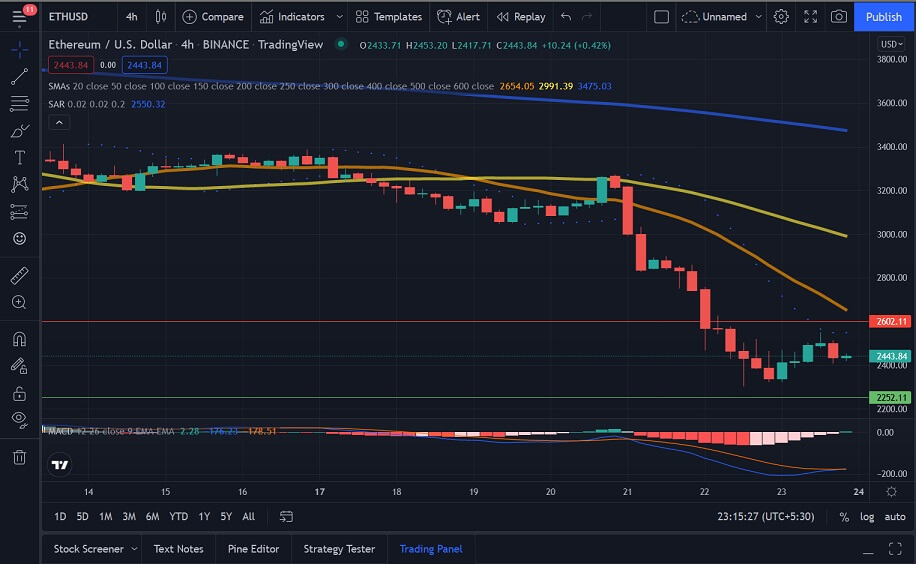 Looking at the Ethereum price chart, we can see that ETH has managed to register a marginal recovery during the ongoing session. If the current sentiment persists, we can expect ETH to push above $2500.