The Ethereum price continued to drop as sellers pushed the price below $2700 on Wednesday, with ETH remaining in the red during the current session as well. ETH had started the week on a fairly positive note, rising by over 3% on Monday and moving to $2688. On Tuesday, the price continued to push higher, rising to $2789, before dropping back on Wednesday and falling to $2680, and then dropping further during the ongoing session.

The Ethereum price started the previous week with a drop of nearly 4% on Monday, falling to $2442. ETH managed to register a marginal recovery on Tuesday, rising by 0.71%, before a highly volatile session on Wednesday as ETH registered an increase of 0.18%, moving to $2464. However, the price fell back on Thursday, falling by 1.54%, before making a strong recovery on Friday, rising by nearly 5% and moving to $2547. 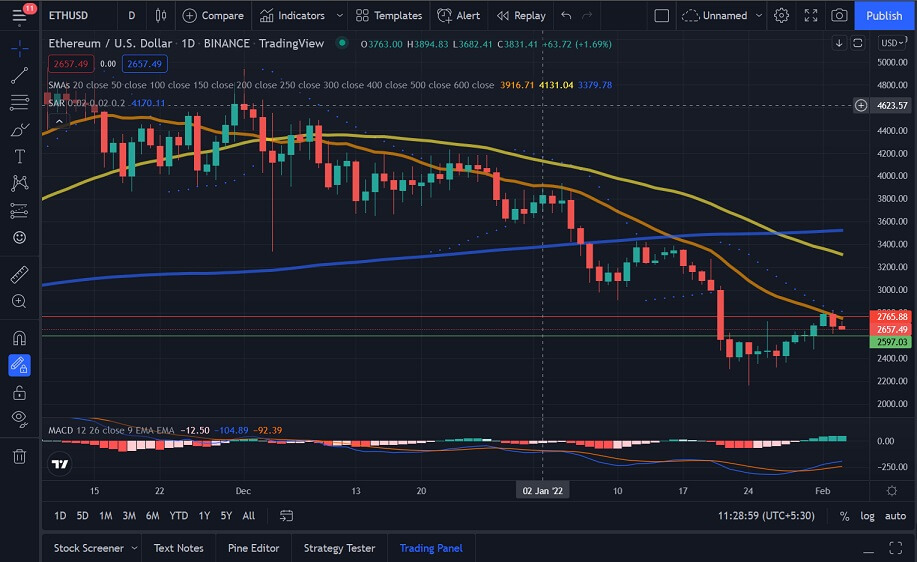 The Ethereum price remained bullish over the weekend, as ETH rose by over 2% on Saturday and then registered a marginal increase on Sunday to end the weekend at $2605. ETH continued to push higher on Monday as it started the week on a positive note, rising over 3% and moving to $2688. Tuesday saw ETH push up to $2789, where the 20-day SMA was acting as resistance. As a result, ETH fell back on Monday, dropping by nearly 4% and falling to $2680. The current session sees ETH marginally down, as sellers look to push the price down to $2600.

IntoTheBlock’s IOMAP for the Ethereum price shows us that ETH faces strong resistance at around $2761. At this price level, over 612,000 addresses have sold more than 9 million ETH. 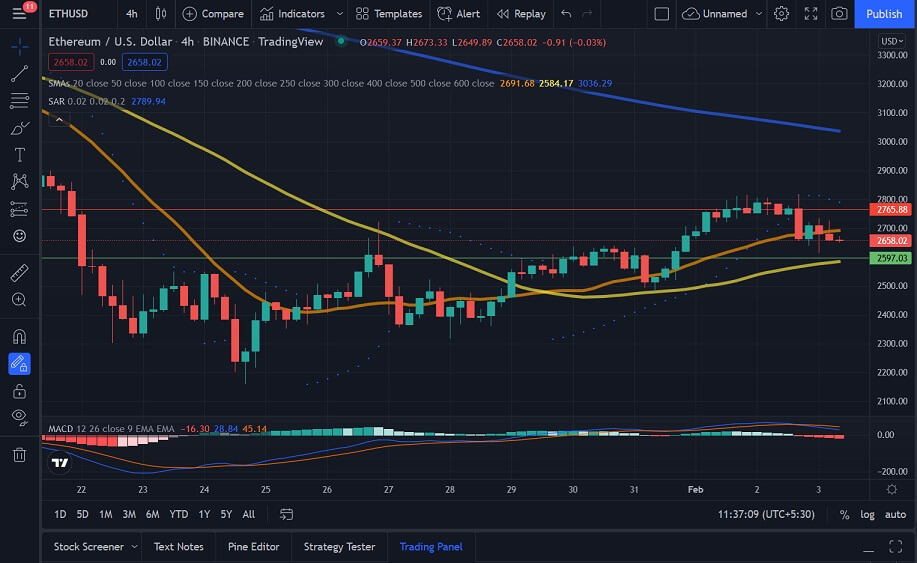 Disney is launching a search for a non-fungible token (NFT) expert to help lead the entertainment giant's efforts in the space. The manager will be responsible for "monitoring the evolving marketplace, setting category strategy, and managing key partners," per the job posting.

The manager's duties will include identifying growth opportunities by category, franchise, and distribution, implementing new deals to fill the gaps, and tracking and analyzing category trends and market data to maximize business in each segment.

Candidates must have a minimum of five years of licensing or business development experience, knowledge and passion for the digital and NFT categories, and strong proficiency with Microsoft Office applications such as Excel, Word, PowerPoint, and Keynote.

An NFT is a unique digital token that can turn any item in the digital world, from tweets to Gifs to videos, into a collectible asset. Like cryptocurrencies, NFTs are sold and bought via the blockchain. Non-fungible tokens verify authenticity and ownership by encrypting the creator's signature on the blockchain.

In December, the U.S. Patent and Trademark Office approved Disney's application for a "virtual world simulator" that would track individual theme park visitors through their smartphones or other devices to personalize 3D projections. People would not have to wear special goggles or headsets to see the images.

While the company told the LA Times it has no current plans to use the technology in the immediate future, Disney CEO Bob Chapek told analysts on the company's fourth-quarter earnings call that it is laying the groundwork to connect the physical and digital worlds to allow for "storytelling without boundaries in our own Disney metaverse."

The Ethereum price chart shows us that ETH has dropped considerably over the past couple of sessions, thanks to the 20-day SMA acting as strong resistance. If the price continues to drop, we could see ETH fall to $2600.