The Ethereum price was quite positive at the start of the previous week, registering an increase of 0.96% on Saturday and 2.06% on Sunday to settle at $4615. Monday saw ETH push up further as it rose by 4.21%, pushing up to $4809. However, ETH could not push past this level and fell back on Tuesday. However, ETH also set a new all-time high on Tuesday, when it registered an intra-day high of $4943. ETH ended Tuesday at $4732 before falling to $4633 on Wednesday. 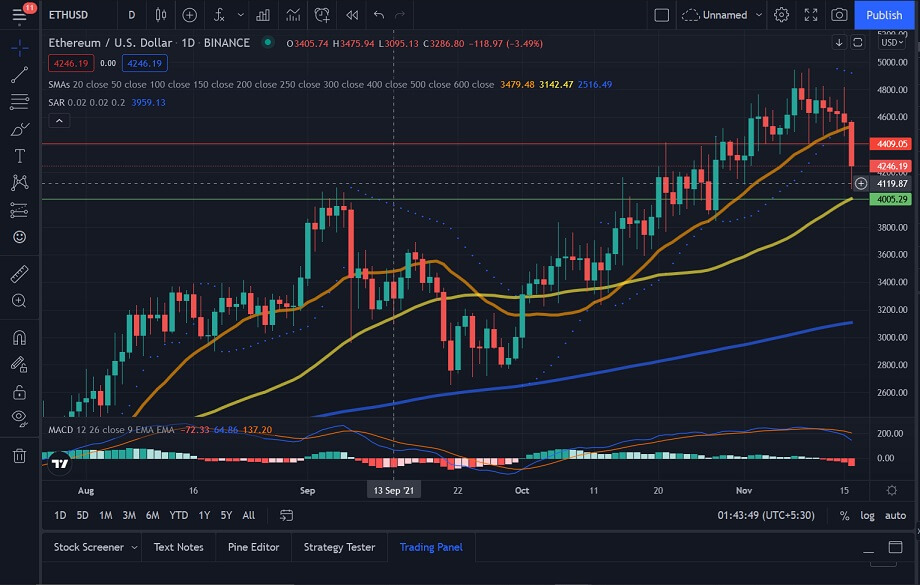 The Ethereum price posted a recovery on Thursday, as it pushed up to $4722, registering an increase of almost 2%. However, the price was back in the red on Friday, dropping to $4667. The weekend remained bearish for ETH, as it dropped by 0.48% on Saturday and 0.44% on Sunday to end the weekend at $4625. The bearish sentiment continued during the current week, as ETH dropped by 1.33% on Monday. ETH slipped below the 20-day SMA during the current session, as the price fell drastically, slipping below $4300 to its current level of $4250.

Looking at IntoTheBlock’s IOMAP for the Ethereum price, we can see that ETH faces strong resistance at around $4411. At this price level, more than 600,000 addresses have sold over 8 million LINK.

The MACD and Parabolic SAR are both bearish, indicating that the price could drop further. 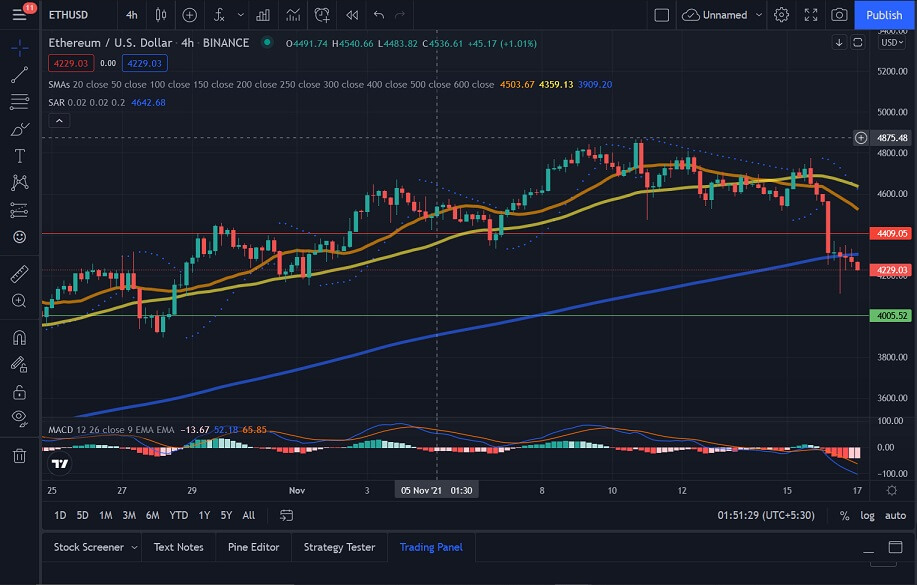 Unstoppable Domains To Use Polygon To Reduce Ethereum Gas Fees

Blockchain company Unstoppable Domains will no longer charge customers gas fees to mint an NFT domain name, it announced. Unstoppable has completed the first phase of its move to Polygon, a layer-2 scaling solution for Ethereum which can speed up transactions and mitigate fees.

Initially, Unstoppable Domains used the Zilliqa blockchain before moving to Ethereum and now Polygon, which touts itself as “the eco-friendly blockchain scaling Ethereum.” Gas on Ethereum refers to the variable cost of making any transaction on the network and can often get quite expensive.

Unlike many other NFTs, which are often associated with visual art, such as images, gifs, or short videos, NFT domain names are simply web domain names that exist on a blockchain. NFTs are tokens that can be used to represent ownership over various types of digital items, including “uncensorable” web domains.

These domains also serve the dual purpose of providing short, easy-to-remember crypto wallet addresses, much like the “.eth” names provided by the Ethereum Name Service. Unstoppable Domains claims that more than 1.5 million NFT domain names have been set up through its service since 2018. The company allows users to purchase domain names ending in .crypto, .nft, .bitcoin, .dao and .blockchain, to name a few.

Now that Unstoppable Domains is moving to Polygon, the company plans to offer support for domain management and transfer solutions for those with older Zilliqa and Ethereum-minted domains.

Looking at the Ethereum price chart, ETH has fallen significantly during the current session. If the current sentiment persists, then we could see ETH drop to $4200.