The Ethereum price continued to slide as markets were overrun by bears, driving ETH down significantly. ETH had started the week in the red, dropping by 1.98% before recovering on Tuesday, rising by almost 3%, settling at $2638. The price fell back on Wednesday, dropping by 2.22% to $2579, before crashing below $2400 during the ongoing session.

Ethereum Price Chart Indicates ETH Could Push Back Above $2400

The Ethereum price started the previous week on a fairly positive note, rising by just over 2% on Monday. ETH continued to push higher on Tuesday, surging by almost 9%, pushing past the 50-day SMA and settling at $3185. ETH fell back on Wednesday, falling by almost 2% and then falling by over 7% on Thursday, dropping below the 50 and 20-day SMAs and settling at $2893. Friday saw the bearish sentiment persist, as ETH dropped to $2780 after a fall of almost 4%. 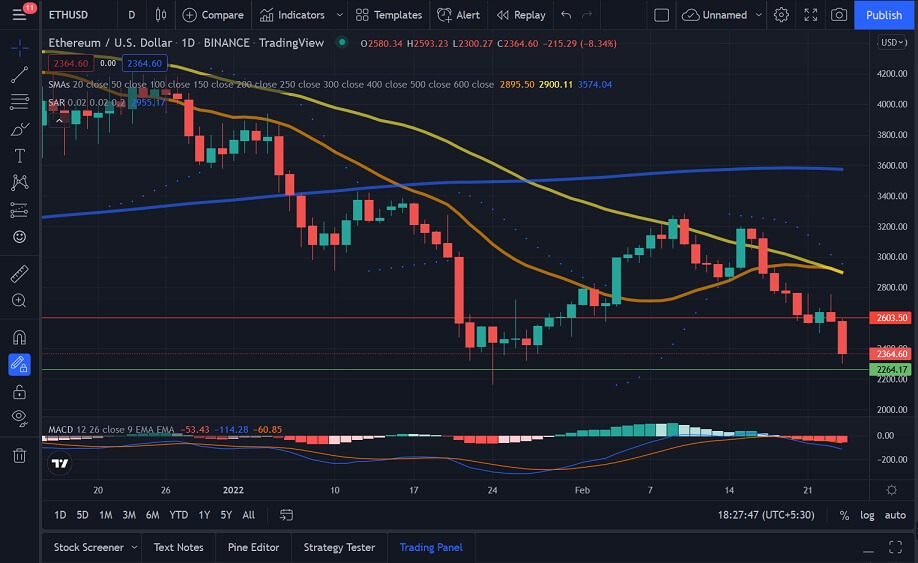 Looking at IntoTheBlock’s IOMAP for the Ethereum price, we can see that ETH has strong support at around $2265. At this price level, over 362,000 addresses have bought over 10 million ETH.

More On Ethereum: What Will Ethereum Be Worth In 10 Years?

The 4-hour Ethereum price chart shows us that ETH had dropped to $2723 on the 19th before making a marginal recovery and rising to $2765. ETH turned bearish after reaching this level, falling to $2621 on the 21st before rising to $2749. At this level, the 20-bar SMA acted as resistance, and ETH fell back significantly, dropping to $2519 on the 22nd. ETH made a strong recovery from this level, rising back above the 20-bar SMA and moving to $2721. However, ETH fell back from this point and dropped back below the 20-bar SMA, and dropped to its current level of $2354. 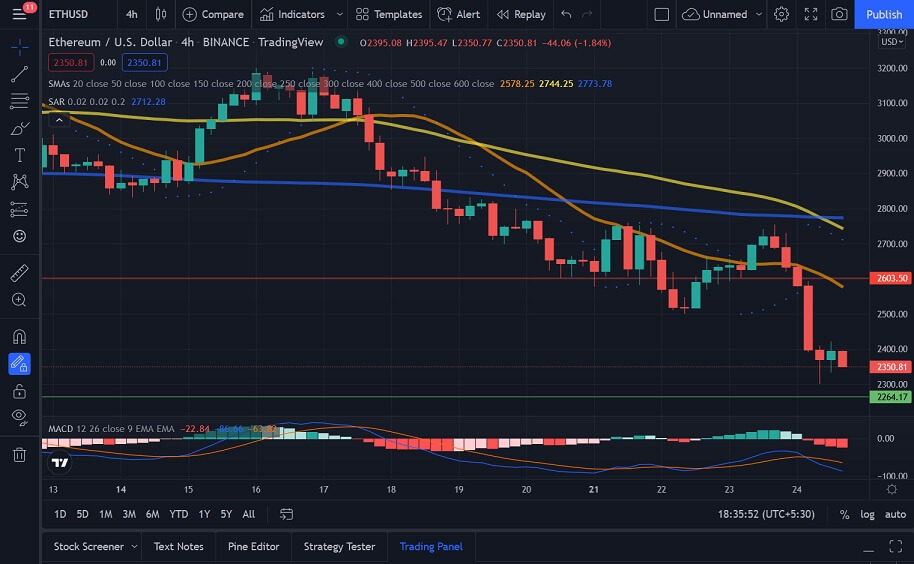 Looking at the Ethereum price chart, we see that ETH has been extremely bearish during the week and has registered a significant crash during the ongoing session. If the current sentiment persists, we could see ETH drop below $2300. However, if the price manages to recover, it could move above $2400.

Why Ethereum Will Skyrocket