The Ethereum price slipped below $4300 as sellers pushed the price down during the current session. ETH has been in the red since Sunday when the price had dropped by 3.50% on Sunday. Monday saw ETH continue to drop, as it slipped below the 50-day SMA and settled at $4089. However, on Tuesday, it made a strong recovery, rising by over 6% and settling at $4341 after pushing back above the 50-day SMA. 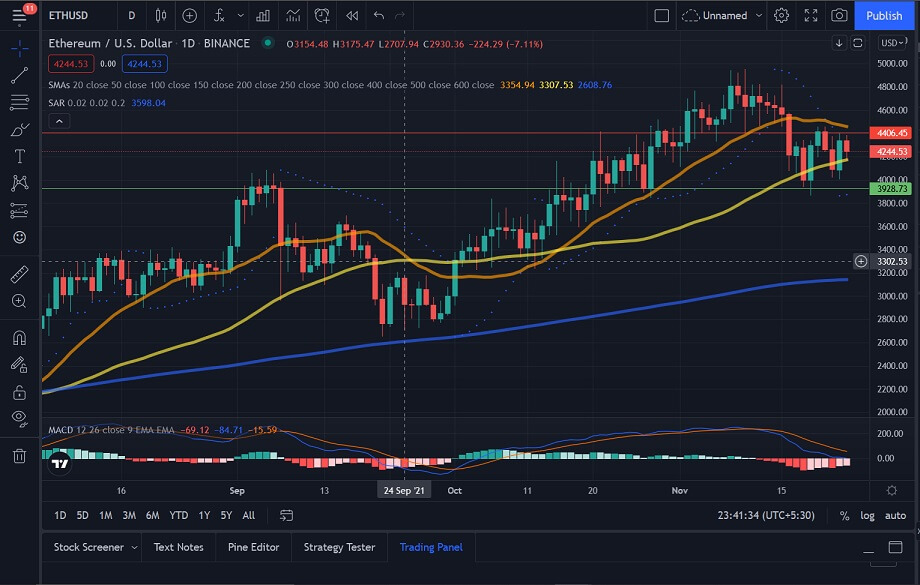 After rising to $4299 on Friday, the Ethereum price pushed further on Saturday, as it rose to $4416. However, the price fell back on Sunday, dropping by 3.50% and settling at $4262. Monday saw the price continue to drop, as it slipped below the 50-day SMA and settled at $4089. ETH made a recovery on Tuesday, rising by over 6% to push above the 50-day SMA and settle at $4341. The current session sees ETH back in the red, with the price currently down by over 2%.

We can see that the Parabolic SAR has flipped to bullish, indicating that the price could recover. However, if the price continues to drop, we could see it flip back to bearish.

IntoTheBlock’s IOMAP for the Ethereum price shows us that ETH faces strong resistance at around $4409. At this price level, almost 600,000 addresses have sold 9.9 million ETH.

We can see that the MACD is currently bullish, indicating that there is a chance that the price could push higher. 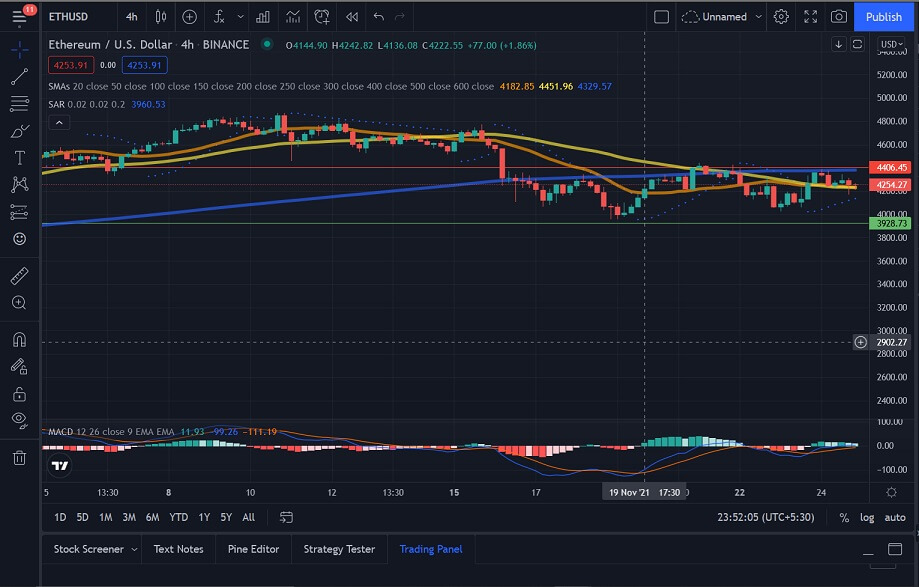 Looking at the Ethereum price chart, we can see that ETH has fallen during the current session. With the 50-day SMA acting as support, there is a chance that the price could recover and push towards $4300. However, if sellers pierce this level of support, we could see ETH drop to $4200.