The Ethereum price neared $4700 as buyers continued to push the price higher. ETH has been extremely bearish during the current week, pushing up by 1.31% on Saturday. Sunday saw ETH push above the 50-day SMA as the price moved to $4298, ending the weekend on a bullish note. The price moved above the 20-day SMA on Monday as ETH continued to push higher, rising by over 4% on Tuesday and settling at $4631. 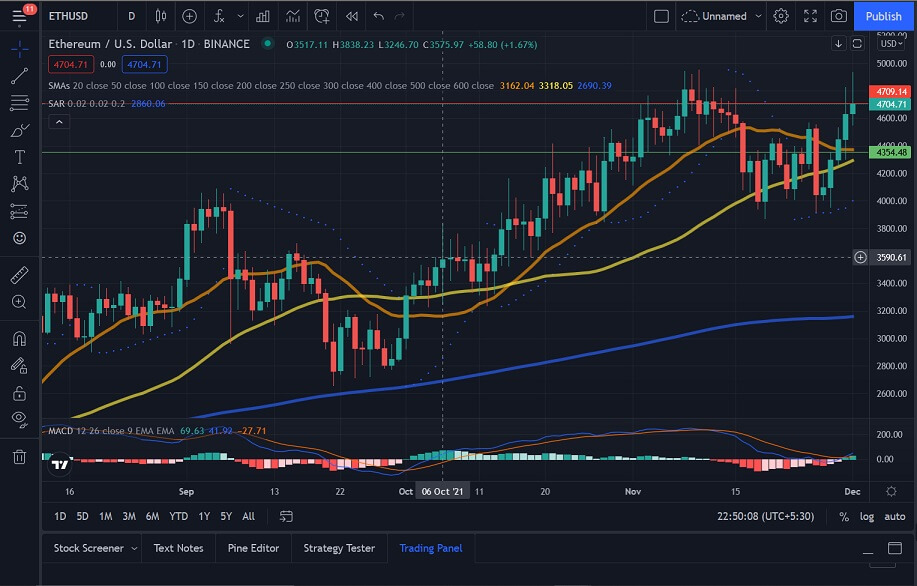 After dropping by over 10% on Friday, the Ethereum price recovered over the weekend, rising marginally on Saturday. On Sunday, the price continued to push up, moving above the 50-day SMA and settling at $4298. Monday saw the bullish sentiment continue, as ETH moved above the 20-day SMA and settled at $4449 before an increase of over 4% took the price above $4600 to $4631. The current session sees ETH pushing above $4700, as ETH looks to move past the resistance at this level.

Looking at IntoTheBlock’s IOMAP for the Ethereum price, we can see that ETH has strong support at around $4355. At this price level, over 1.3 million addresses have bought almost 12 million ETH.

We can see that the Parabolic SAR is currently bullish, indicating that we could see the price push higher. However, if the price continues to drop, we could see it flip to bearish. 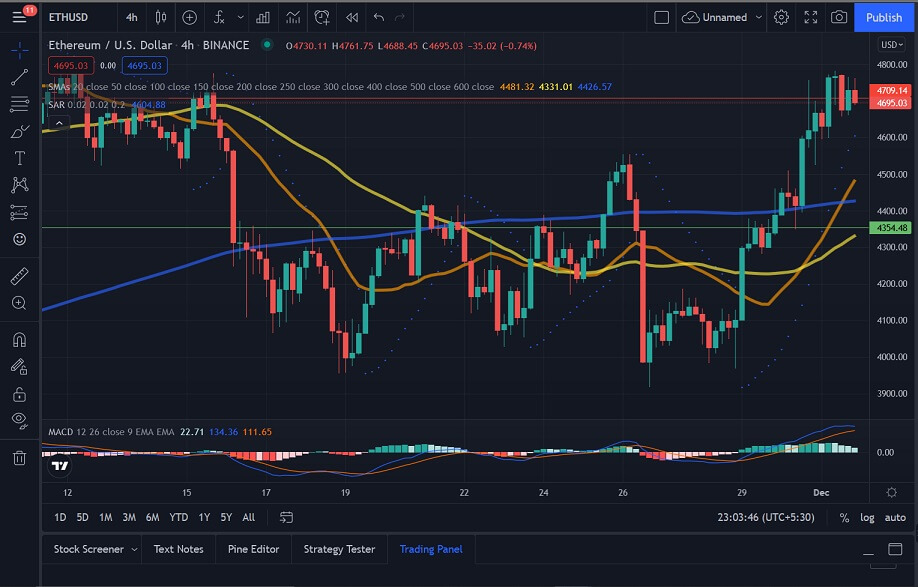 Generally, this supply present on exchanges is said to be the selling supply of ETH, and so if the indicator’s value goes up, it means there is a higher number of coins in the available sell supply. Due to the supply-demand dynamics of the market, this kind of trend can prove to be bearish for the cryptocurrency’s price.

On the other hand, if the metric’s value moves down, it implies the available supply of Ethereum has reduced. Prolonged such a trend can create a supply shock in the market, which can turn out to be bullish for the coin’s price. 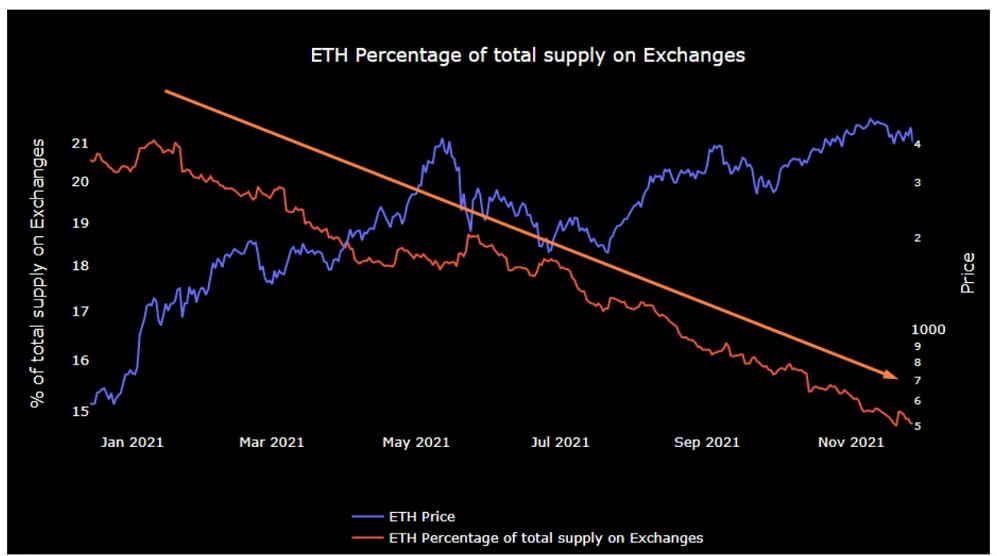 The percent ETH supply on exchanges has shown a steady downtrend during the entire year so far. Currently, the value of the indicator sits around 14%, a new low. At the start of 2021, the metric’s value was about 21%.

In May, when the price of Ether was at similar levels as now, the metric’s value was around 18%, a sizeable difference.

Looking at the Ethereum price chart, we can see that ETH has been extremely bullish during the current session. If buyers can retain control of the session, we could see ETH push past the resistance at $4709.