After Wednesday's recovery, the Ethereum price fell back in the red, as sellers drove the price below $4200 on Thursday. ETH had started the current week in the red, registering a drop of 1.33% on Monday. Tuesday saw the price take a drastic fall, dropping by over 7% as it slipped below the 20-day SMA and settled at $4212. ETH recovered on Wednesday, as it rose by 1.82% to $4289, but fell back in the red on Thursday, with sellers in control of the current session.

The Ethereum price started the previous week on a positive note, as the price pushed up by over 4% on Monday. However, on Tuesday, the price was back in the red, falling by 1.60% and settling at $4732. ETH continued to drop on Wednesday, as it registered a drop of over 2%, before recovering on Thursday and moving up to $4722. The price fell back on Friday, falling by 1.14% and settling at $4667 before another marginal drop on Saturday took the price down to $4645. 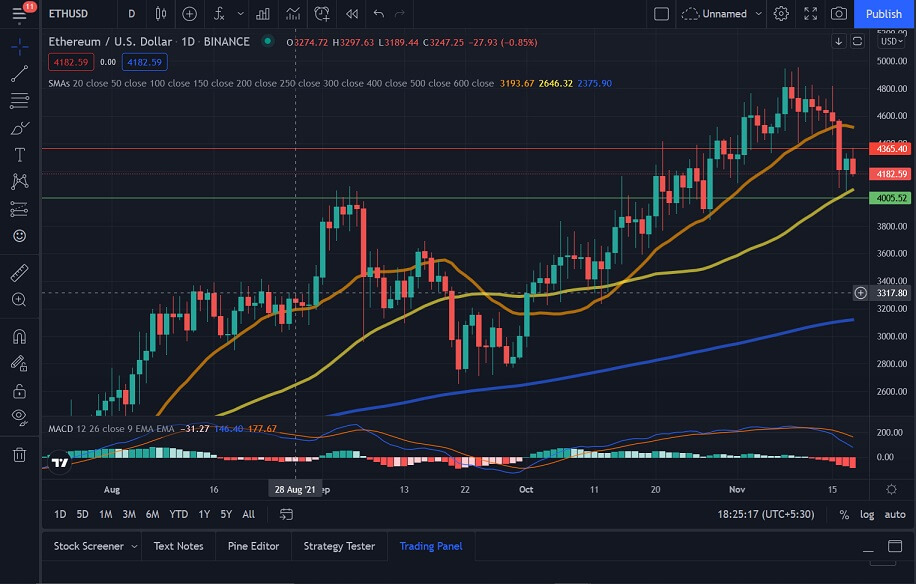 The Ethereum price remained in the red on Sunday, as it registered a marginal drop to end the previous week in the red. However, the bearish sentiment continued during the current week, as ETH started off with a drop of 1.33% on Monday. Tuesday saw a sharp drop of 7.69% as ETH slipped below the 20-day SMA and settled at $4212 before recovering on Wednesday and rising to $4289. The price fell back in the red on Thursday as sellers pushed the price below $4200, with the price continuing to drop.

Looking at IntoTheBlock’s IOMAP for the Ethereum price, we can see that ETH faces strong resistance at around $4367. At this price level, over 824,000 addresses have sold more than 9 million ETH. 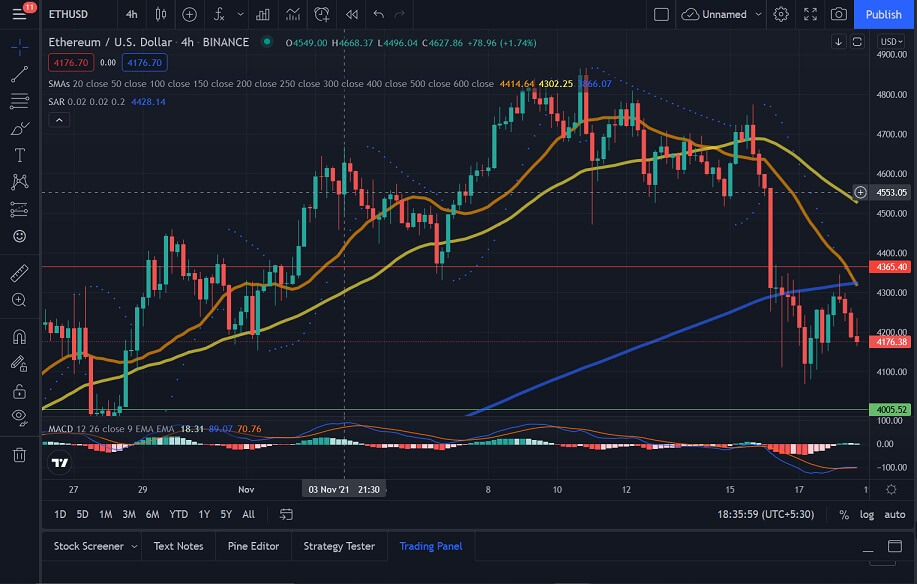 Looking at the Ethereum price chart, we can see that ETH has registered a sharp drop during the current session. If the current sentiment persists, we could see ETH drop to around $4000, where the price could find support.