Ethereum Technical Analysis: ETH Drops Below $4200, Slips By Over 7%

The Ethereum price has seen a slight recovery during the ongoing session, as buyers look to drive up the price again. ETH had started the week on a positive note, rising by 3.66% on Monday and pushing above the 20-day SMA. However, the price fell back on Tuesday, thanks to the 50-day SMA, and settled at $4310 before ETH pushed past the 50-day SMA on Wednesday and settled at $4441. However, the price turned extremely bearish after reaching this level and fell by 7.50% on Thursday, dropping to $4108.

The Ethereum price started the previous week extremely bullishly, pushing above the 20-day SMA and settling at $4449. The bullish sentiment persisted on Tuesday, as ETH pushed up to $4635 after rising by over 4%. The markets turned bearish after reaching this level, as ETH dropped by 1,07% on Wednesday and then by 1.48% on Thursday to settle at $4570. The selloff intensified on Friday, as ETH dropped by 6.54%, slipped below the 20 and 50-day SMAs, and settled at $4222 before another significant drop on Saturday took the price below $4200 to $4125. 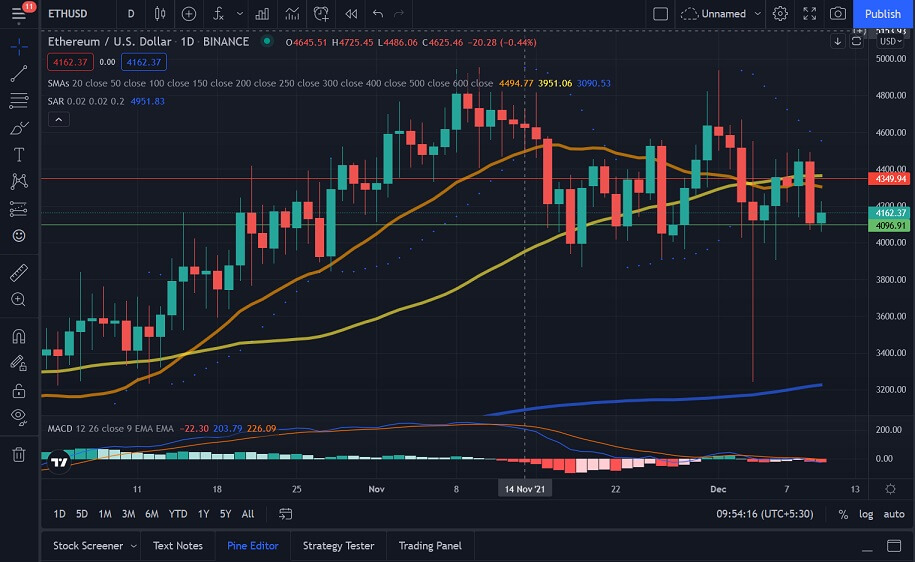 IntoTheBlock’s IOMAP for the Ethereum price shows us that ETH faces strong resistance at around $4340. At this price level, more than 2 million addresses have sold over 13 million ETH.

Looking at the 4-hour Ethereum price chart, we can see that ETH had dropped significantly on the 3rd, slipping below all three SMAs and settling at $3874 on the 4th. ETH pushed up from this level as the price rose to $4207, but with the 20-bar SMA coming into play as resistance, it dropped back to $4077. However, the price pushed up rapidly on the 6th, pushing above the 20-bar SMA and settling at $4355, where the 50-bar SMA was acting as resistance. ETH could not push past this level and dropped to $4271 before rising to $4441, pushing above the 50 and 200-bar SMAs, before taking a drastic fall and settling at $4108.

Currently, ETH is at $4155, and if the price continues to push higher, we could see the MACD flip to bullish. 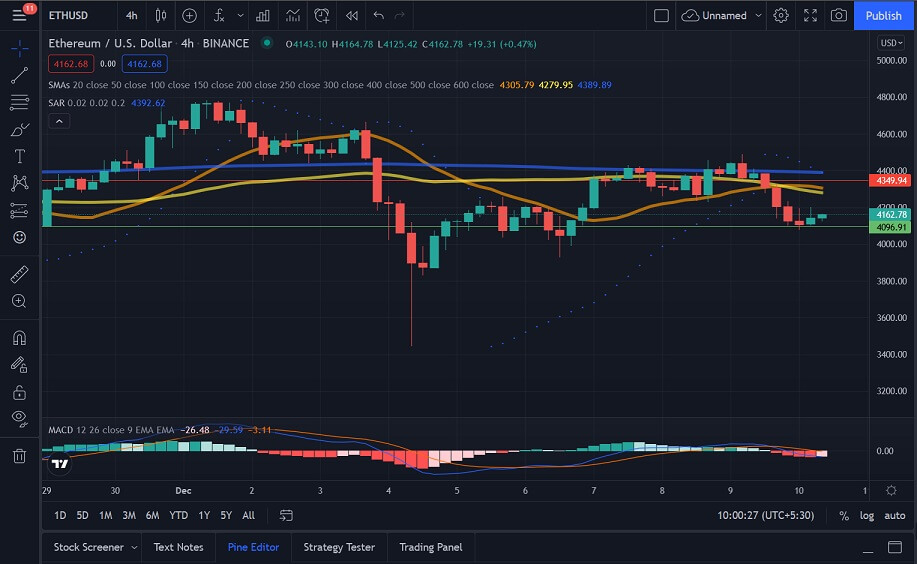 Looking at the Ethereum price chart, we can see that ETH had registered a sharp fall on Thursday but has recovered during the ongoing session. If the current sentiment persists, we could see ETH push to $4200.