Ethereum Technical Analysis: ETH Fails To Push To $4000, Drops Back During Ongoing Session

The Ethereum price failed to make any sizeable gains on Tuesday and fell back in the red during the ongoing session as sellers retook control. ETH was quite positive over the weekend and ended it at $4133. However, the price dropped on Monday, as ETH registered a fall of over 8% and slipped below $4000 to settle at $3783. Tuesday saw ETH recover as it pushed to $3862 but fell back during the ongoing session.

Ethereum Price Chart Indicates ETH Could Drop Back To $3800

The Ethereum price started the previous week on a very bullish note, rising by over 3% and moving to $4356. With resistance at this level, the price fell back on Tuesday, dropping to $4310, before recovering on Wednesday, pushing above the 50-day SMA and settling at $4441. Despite the bullish sentiment, ETH fell back on Thursday, falling by over 7%, and slipping below the 20 and 50-bar SMAs to settle at $4108. Friday saw the price continue to drop, as ETH slipped below $4000, falling to $3902. 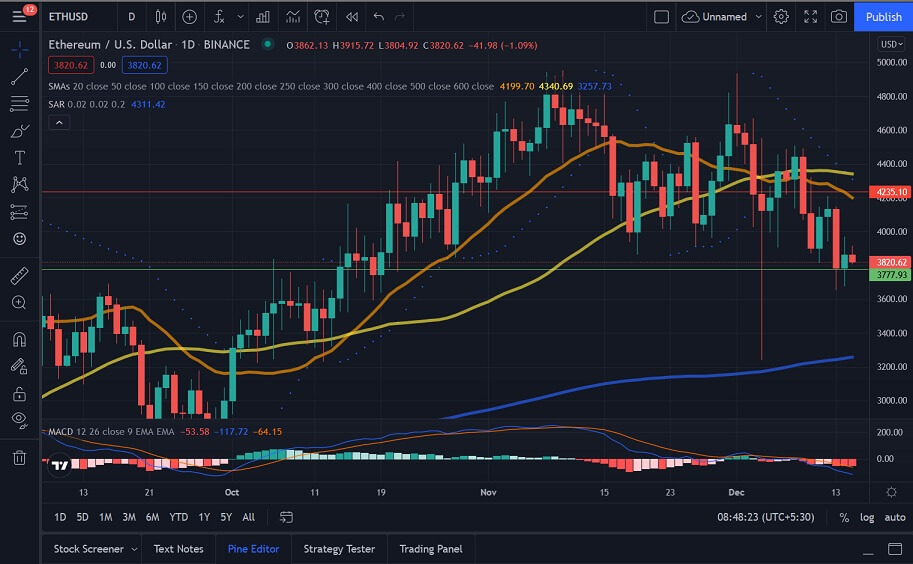 After dropping below $4000 on Friday, the Ethereum price pushed back up over the weekend, rising by almost 5% on Saturday and moving up to $4088. Sunday saw the price continue to increase as ETH moved to $4122. However, the price fell back on Monday, falling by over 8% and slipping back below $4000 to $3783. On Tuesday, the price pushed back up, rising by just over 2%, but fell back during the ongoing session.

Looking at IntoTheBlock’s IOMAP for the Ethereum price, we can see that ETH faces strong resistance at around $4234. At this price level, more than 1.5 million addresses have sold more than 13 million ETH.

We can see that the MACD has just flipped to bullish, indicating that we could see the price rise further. 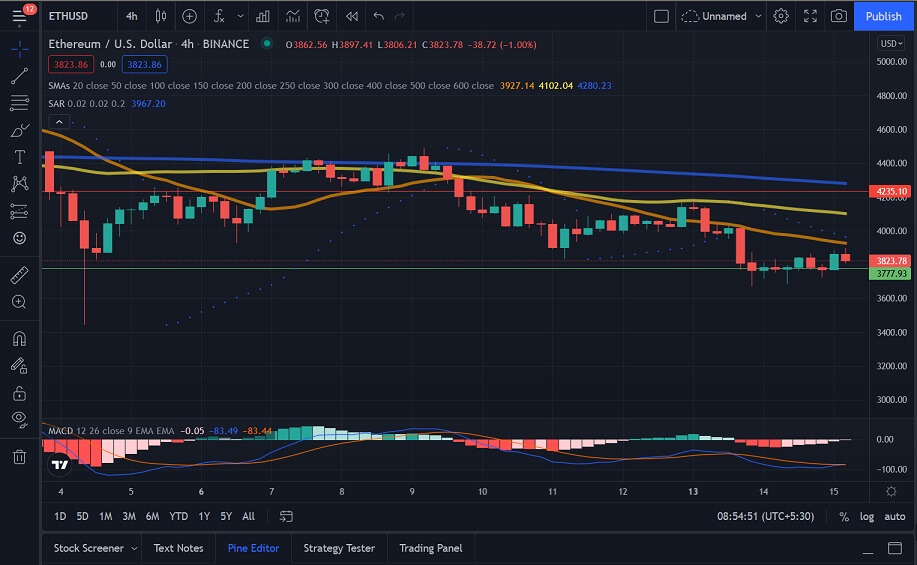 Three Arrows Capital CEO Zhu Su attracted wide attention in late November after, in a series of tweets, he indicated, "yes I have abandoned Ethereum despite supporting it in the past." Later, in what seemed to be a U-turn, the CEO tweeted, "I want to soften this and say abandon is the wrong word. Was the heat of the moment. I am sorry."

As tweeted by Wu Blockchain, Three Arrows continued its accumulation bid after the initial transfer of 91,477 ETH surfaced online.

Earlier in December, the crypto hedge fund loaded nearly 168,954 ETH in tranches of 91,477 ETH, and 77,477 ETH transferred from FTX, Binance, and Coinbase to the wallet marked by Nansen as Three Arrows Capital.

Looking at the Ethereum price chart, we can see that ETH had fallen back during the ongoing session. ETH could slip below $3800, but if ETH could recover from this level, then the price could push back towards $3900.