The Litecoin price has had an extremely bearish weekend that has seen its price in freefall. LTC had registered a drop of 2.46% on Thursday but fell back significantly on Friday, with the price dropping by over 7%. Saturday saw the price drop by a staggering 13.38% as sellers pushed LTC below the 200-day SMA, with the price settling at $162.96. The current session sees LTC still in the red, with sellers having pushed the price below $159. 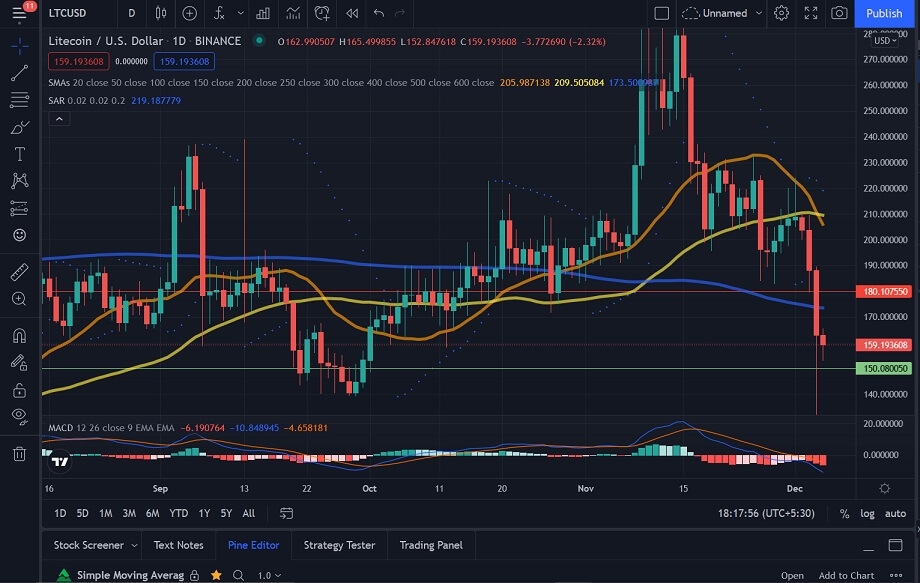 After pushing up to $208.82 on Wednesday, the Litecoin price fell back on Thursday, dropping by over 2% and settling at $203.70. LTC continued to drop on Friday, as the price fell by over 7% and settled at $188.13. Saturday saw LTC drop by over 13%, as markets crashed, with LTC dropping below the 200-day SMA and settling at $162.96. The current session sees LTC still in the red, with sellers having pushed the price below $160.

Looking at IntoTheBlock’s IOMAP for the Litecoin price, we can see that LTC faces strong resistance at around $180.77. At this price level, over 190,000 addresses have sold more than 1.8 million LTC. 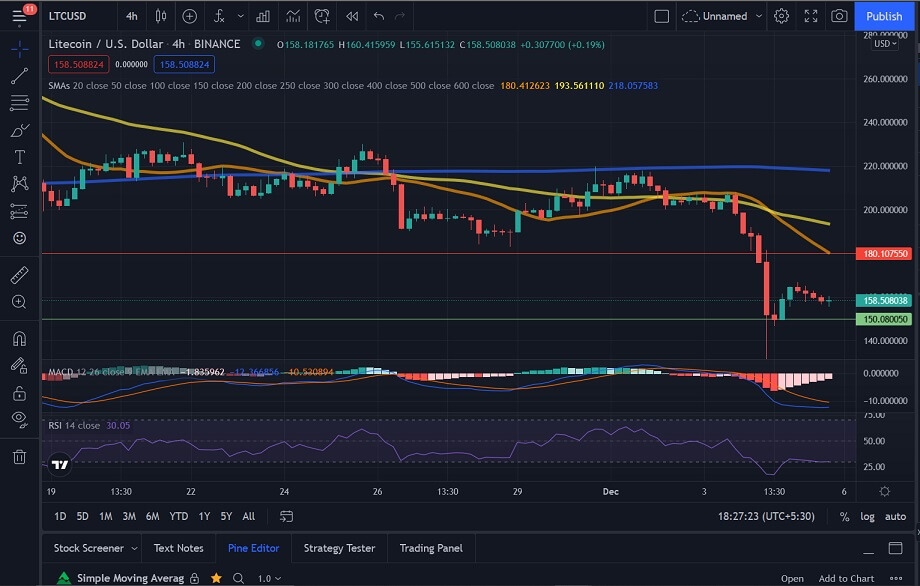 Looking at the Litecoin price chart, we can see that LTC has been extremely bearish over the weekend. If the current sentiment persists, we could see LTC drop towards $150.