Litecoin Price Analysis: LTC Recovers, Looks To Push Back To $140

The Litecoin price dropped over 3% on Monday (10th), getting off to a fairly bearish start to the previous week. However, LTC recovered on Tuesday, rising by almost 4%, and then rising by 7.90% on Wednesday to move to $142.02. With the 20-day SMA coming into play as resistance at this level, the price fell back, dropping by almost 4% on Thursday, before recovering on Friday and settling at $138.01. 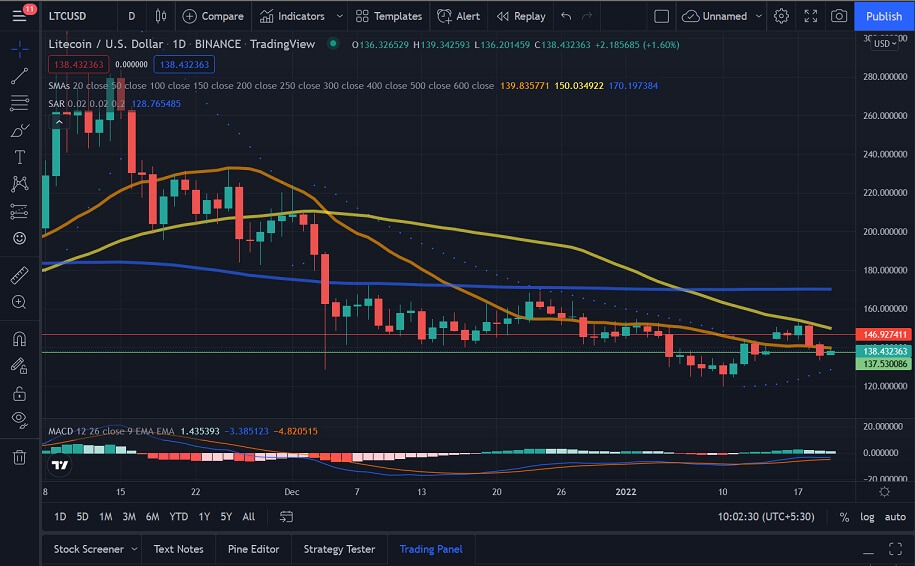 Looking at IntoTheBlock’s IOMAP for the Litecoin price, we can see that LTC faces strong resistance at around $148.80. At this price level, over 279,000 addresses have sold more than 8 million LTC.

The 4-hour Litecoin price chart shows us that LTC had dropped below the 200-bar SMA on the 16th, dropping to $144.82. The price recovered from this level, pushing back above the 200-bar SMA and settling at $151.52. LTC was able to stay at this level for a couple of sessions before dropping back below the 200 and 20-bar SMAs, and falling to $140.72. LTC continued to drop from this level, slipping below the 50-bar SMA and settling at $133.83. After reaching this level, the price registered a marginal recovery, moving to its current level of $138. 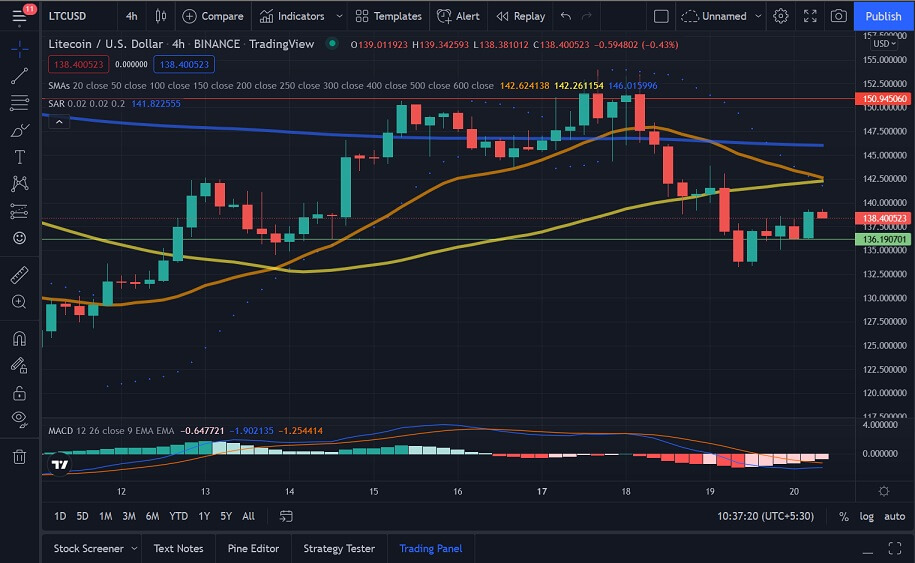