The Litecoin price has been unable to push up significantly during the week, rising only marginally to $162. LTC had dropped considerably over the weekend due to the marketwide crash, with the price dropping by over 13% on Saturday and settling at $188.13. The price continued to fall on Sunday, falling by 3.90%, before recovering on Monday and settling at $161.58. Tuesday saw only a marginal recovery, as the price pushed up by 0.31%. 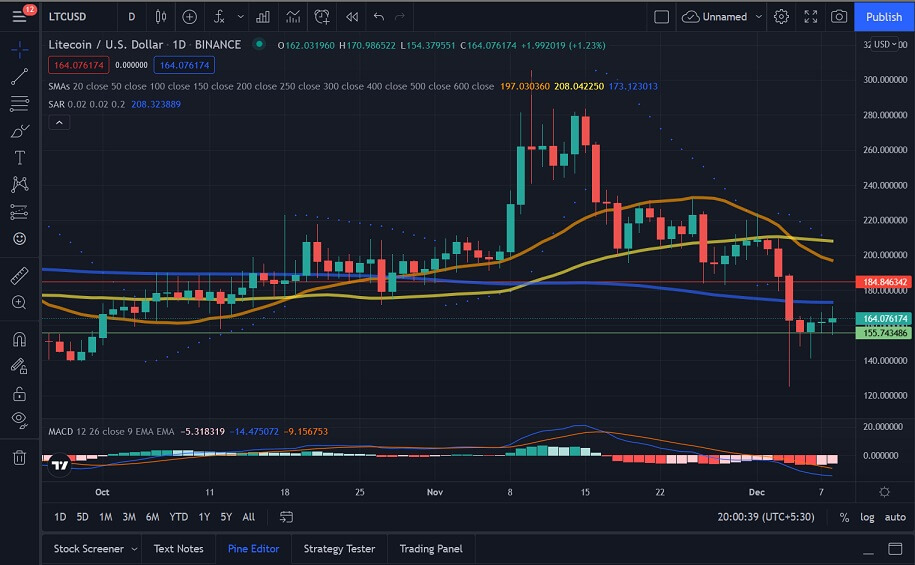 The Litecoin price continued to drop over the weekend as the selloff intensified. On Saturday, LTC dropped by over 13%, slipping below the 200-day SMA and settling at $162.96. The price dropped further on Sunday, falling to $156.60; after dropping to this level, the Litecoin price recovered, as it pushed to $161.58, rising by over 3%. LTC could only manage a marginal increase on Tuesday, while the current session sees the price up to $164 as buyers look to push the price higher.

Looking at IntoTheBlock’s IOMAP for the Litecoin price, we can see that LTC has strong support at around $155.01. At this price level, over 160,000 addresses have bought more than 4 million LTC.

The Parabolic SAR and MACD are both currently bullish, indicating that we could see the price push up higher. 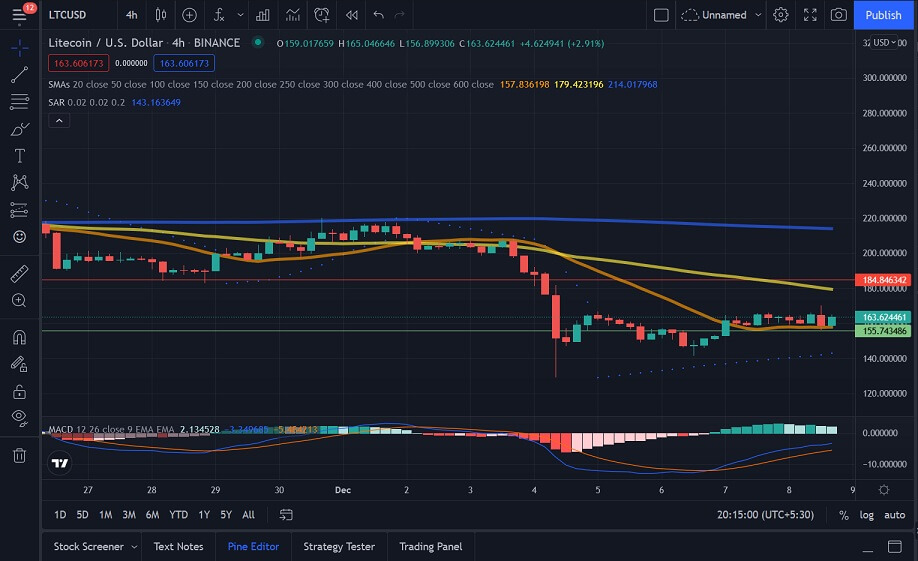 Looking at the Litecoin price chart, we see that LTC has recovered during the week, although the recovery has been fairly slow. If buyers retain control of the market, we could see the price push up towards $170.