The Litecoin price has registered a marginal drop during the ongoing session, as sellers look to push the price down below $140. LTC has been quite bullish during the week, although it had started Monday in the red, falling by over 3% and dropping to $126.61. However, the price pushed back up from this level, rising nearly 4% on Tuesday and surging by nearly 8% on Wednesday to settle at $142.02. However, with the 20-day SMA coming into play as resistance at this level, the price fell back during the current session.

The Litecoin price started the previous week on a bearish note, dropping by nearly 2% on Monday and falling to $140.94. The price continued to drop from this level, dropping by 1.40% on Tuesday and then registering a sharp fall of nearly 8% on Wednesday that saw the price drop to $135.35. Despite the bearish sentiment, LTC could make a marginal recovery on Thursday but fell back in the red on Friday, when the price dropped to $131.53. 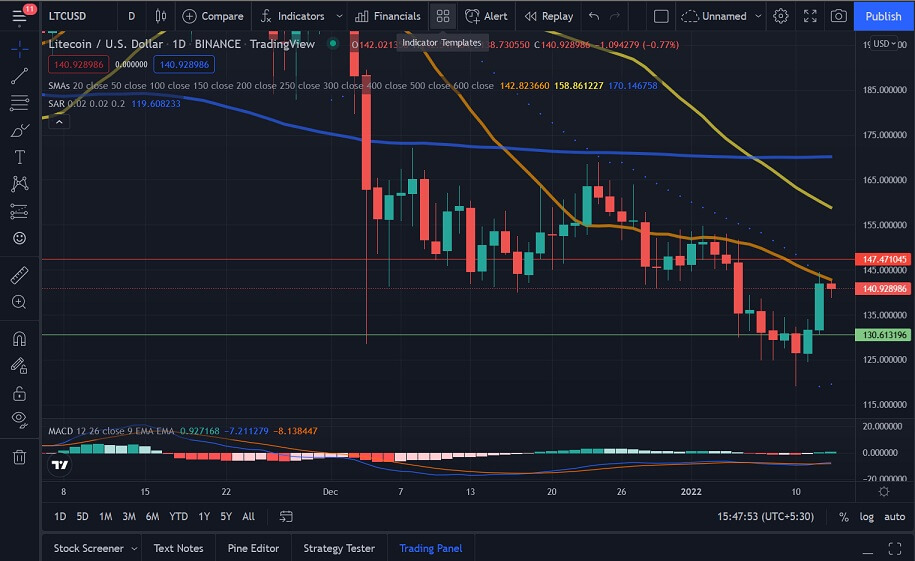 Looking at IntoTheBlock’s IOMAP for the Litecoin price, we can see that LTC faces strong resistance at around $147.67. At this price level, over 196,000 addresses have sold more than 7.4 million LTC. 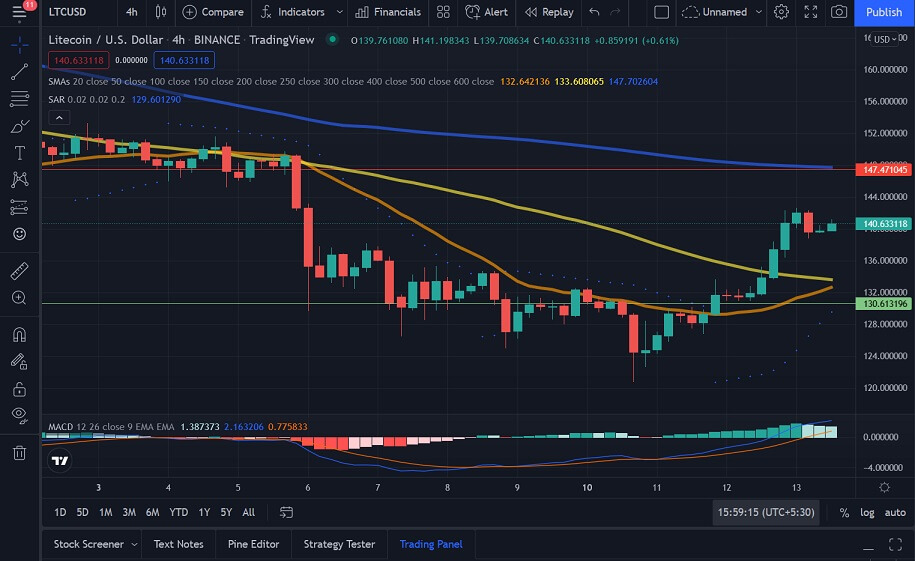 Looking at the Litecoin price chart, we can see that LTC has registered a marginal drop during the current session, thanks to the 20-day SMA acting as resistance. If the current market sentiment persists, we could see LTC slip below $140, but if buyers retake the session, we could see the price push back to $142.