The Litecoin price slipped below the $110 level again as sellers drove the price down considerably on Wednesday. LTC had started the week on a fairly positive note, rising by 0.84% on Monday and moving to $109.62. On Tuesday, the price continued to push higher, rising over 5% and moving to $115.12. However, the price fell back on Wednesday, dropping nearly 6% and falling to $108.40, before dropping further during the ongoing session. 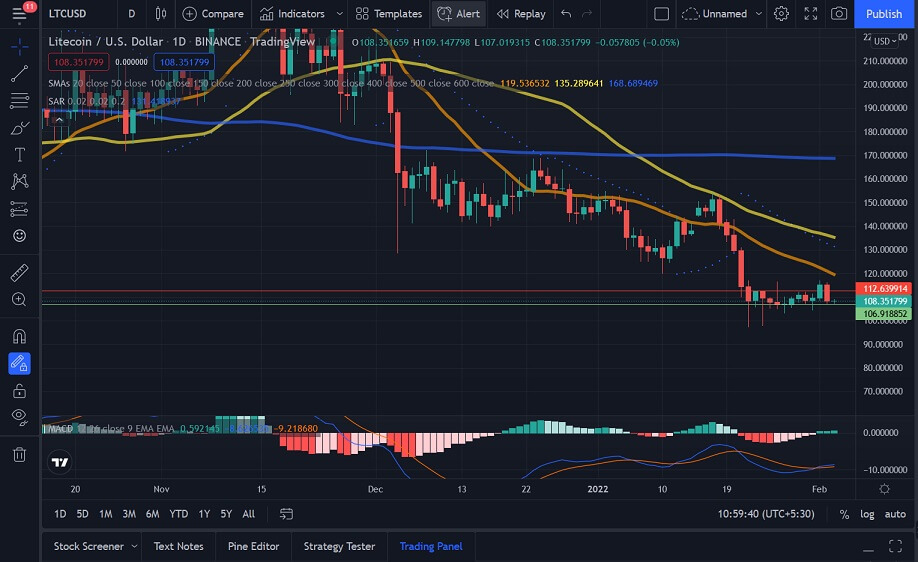 The Litecoin price continued to push up over the weekend, rising by 1.28% on Saturday and moving to $110.86, before dropping back on Sunday and falling to $108.70, ending the weekend on a bearish note. Monday saw LTC recover as the price pushed up by 0.84%, rising to $109.62. LTC continued to push higher on Tuesday, rising by over 5% and moving to $115.12, before registering a drop of nearly 6% and falling to $108.40 on Wednesday. The current session sees LTC marginally down, as sellers look to push the price down to $105. 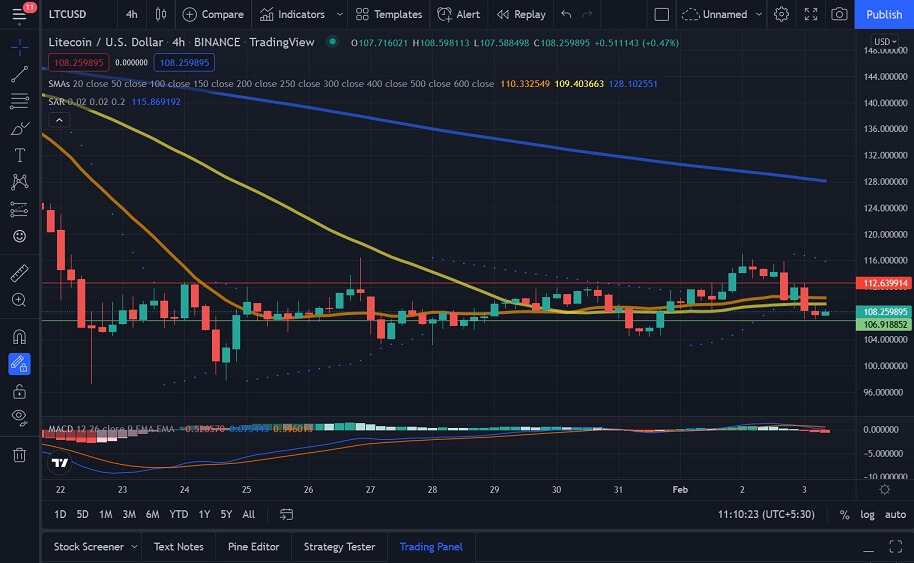 Looking at the Litecoin price chart, we can see that LTC had dropped considerably on Wednesday and continues to be in the red during the ongoing session. If the current sentiment persists, we could see LTC drop to $105. However, if LTC can recover, we could see the price push back to $110.