The Litecoin price has fallen back during the ongoing session, as sellers look to push the price down towards $150. LTC had registered a sharp drop towards the end of the week, dropping over 8% on Thursday, falling to $151.46. The price continued to drop on Friday, falling by 1.99%, before rising on Saturday and moving up to $158.04, registering an increase of over 6%.

Thanks to the crypto market crash, the Litecoin price was extremely bearish over the previous weekend. LTC had registered a drop of 7.64% on Friday and then slipped below the 200-day SMA on Saturday when it fell by over 13% and settled at $162.96. LTC remained bearish on Sunday, as it dropped to $156.30, dropping by almost 4%. Monday saw LTC post a recovery, as it rose by 3.18%, moving to $161.58 before another marginal increase on Tuesday saw the price rise to $162. 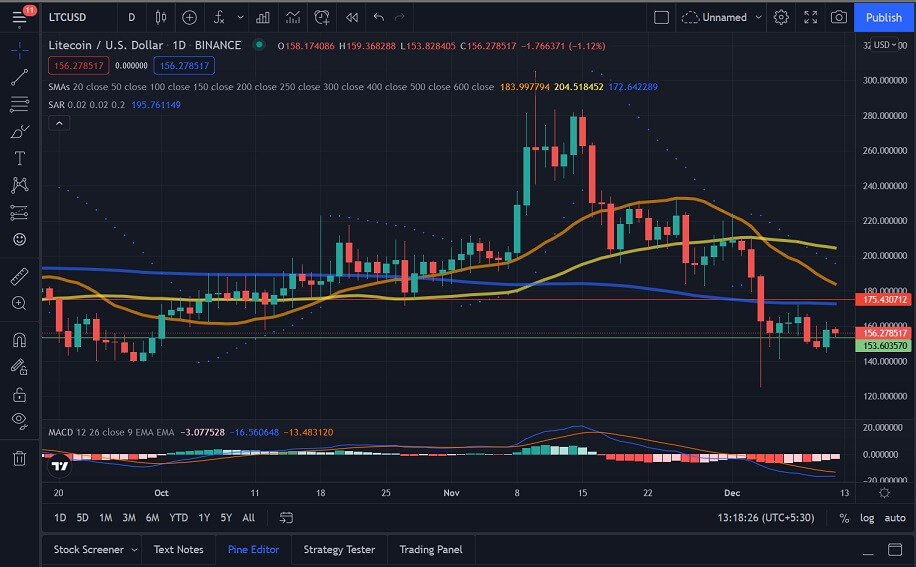 The Litecoin price continued to push higher on Wednesday, rising by almost 2% and moving up to $165.20. However, after reaching this level, the price turned bearish, falling by over 8% on Thursday, and slipping to $151.46. Friday saw LTC continue to drop, as it fell below $150 to $148.45. However, the weekend saw LTC recover, as the price rose by over 6% and settled at $158.04. However, the current session sees LTC back in the red, with the price down to $156.

The 4-hour Litecoin price chart shows us that LTC had dropped to $147.34 on the 6th. LTC pushed up significantly from this level, rising above the 20-bar SMA and settling at $161.53. LTC was able to stay at this level for the subsequent few sessions, thanks to the 20-bar SMA acting as support until LTC finally dipped below the SMA on the 9th and dropped to $155.54. LTC fell further from this level, slipping below $150 and settling at $148.45 on the 11th before pushing back above the 20-bar SMA to its current level of $156. 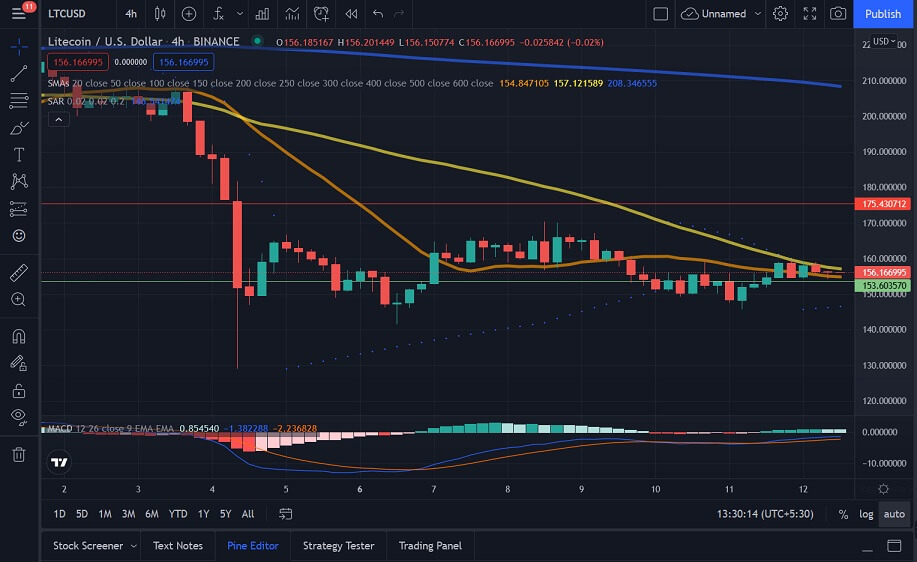 The Litecoin price chart shows us that although LTC has dropped back during the ongoing session, the price has support at around $153, so there is a chance that LTC could recover from this level and push towards $160.