The Litecoin price started the new week on a bullish note and is up to $113 during the ongoing session. LTC has been fairly bearish and had dropped by 1.25% on Friday before registering a marginal recovery on Saturday and settling at $115.63. However, Sunday saw LTC back in the red, as the price fell by over 4%, dropping to $110.58, before recovering during the ongoing session. 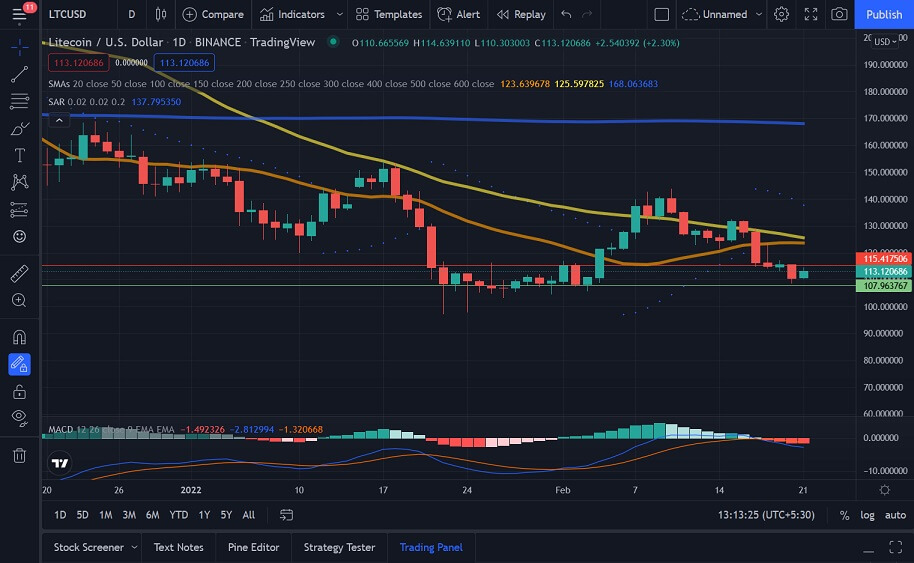 The Litecoin price remained in the red on Thursday as it dropped below the 20-day SMA, registering a fall of almost 9%. Friday saw a fairly volatile session at the end of which LTC fell by 1.25% before recovering on Saturday and settling at $115.63. On Sunday, LTC was back in the red, dropping by over 4% and falling to $110.58 before recovering during the ongoing session.

We can see that the MACD is currently bearish, but if LTC can push higher, it could flip to bullish.

Looking at IntoTheBlock’s IOMAP for the Litecoin price, we can see that LTC faces strong resistance at around $115.29. At this price level, over 126,000 addresses have sold more than 3 million LTC.

More On Litecoin: What Might Happen If You Invest $100 In Litecoin (LTC) Today? 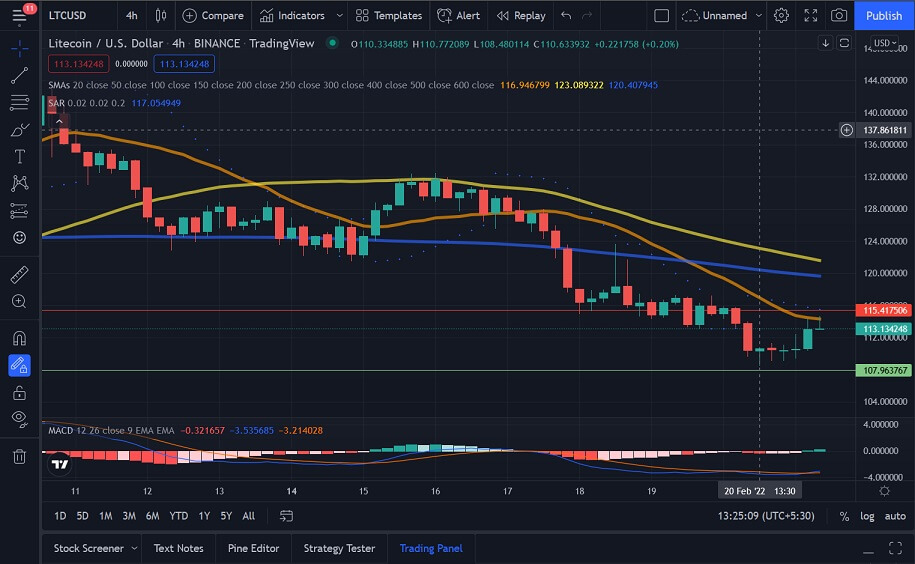 The Litecoin price chart shows that LTC has made a fairly strong recovery during the ongoing session. If bullish sentiment persists, we could see LTC push towards $115. However, if selling pressure forces the price down, LTC could drop towards $110.

Pros and Cons of Investing in Litecoin

15 Reasons Why You Should Invest in Litecoin